Counting down with… Ben Kaufman 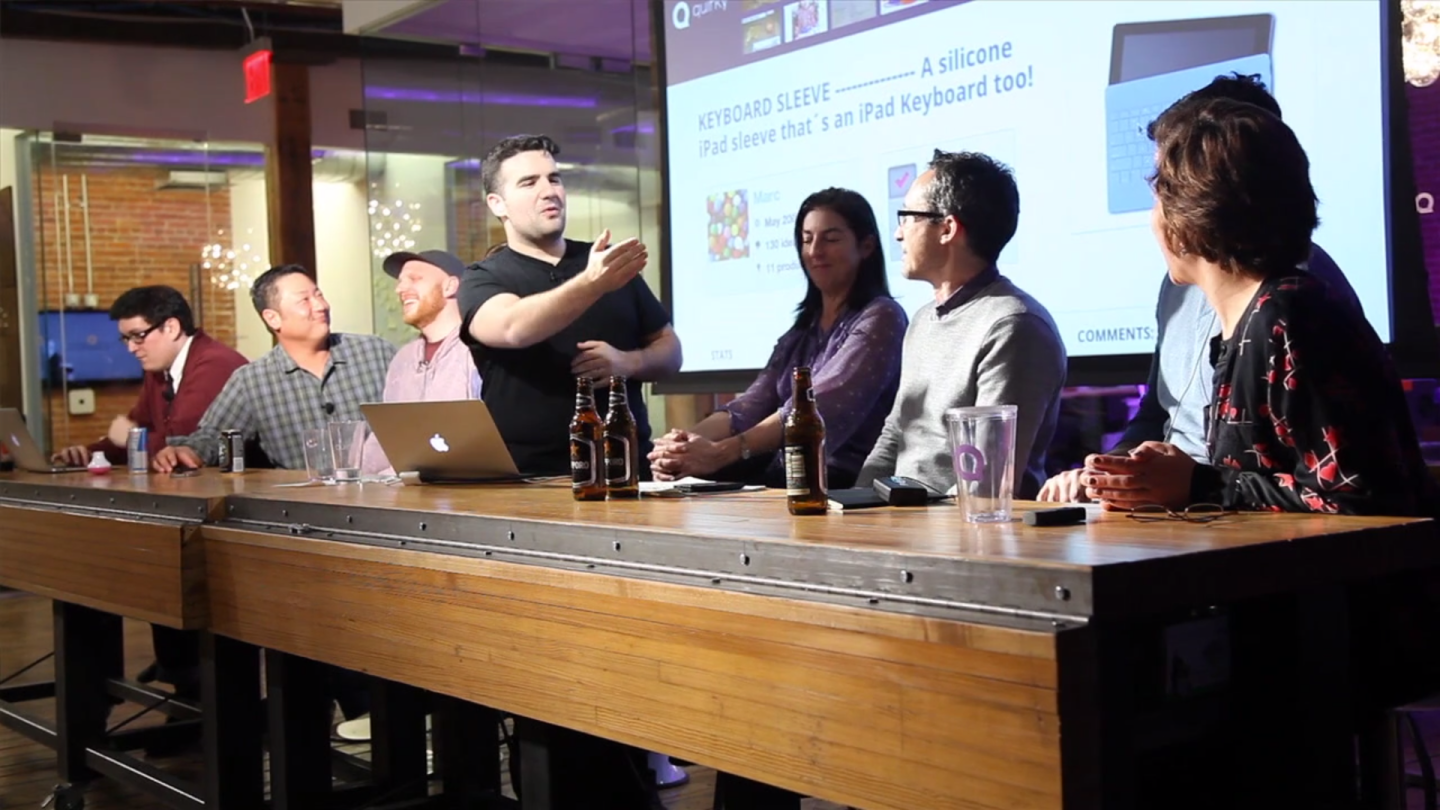 It’s an unusually blustery spring evening in Manhattan, and when I duck into the monolithic red-brick building that the tech startup Quirky calls home, the wind abruptly slams the front door behind me. Just one block west in this Chelsea neighborhood is the Hudson River, restless from the day’s winds; across the street is a low-slung, tile-coated building without windows. It’s clear that the area, once an industrial powerhouse, hasn’t lost its unsparing attitude.

Inside the building, once a warehouse for the railroad at the turn of the 20th century, the charm offensive continues. Adjacent to the elevator, a steel sign warns: “Deliveries & Humans: 7th floor. Suits: Go away.” I’m wearing jeans and a blue sweater, so I take my chances and step inside.

When I arrive to the top floor, the scene is nothing like the desolate street below: employees and visitors fill the room, chatting and passing around plates of food. They are here for Quirky’s weekly interactive product evaluation and demonstration, during which ideas for products are pitched for creation. It’s just one way that the company, which calls itself an “invention platform,” draws on the ideas of the crowd. Among its most popular products are a circular power strip called “Pivot Power” (inventor: Jake Zien) and a so-called smart air conditioner, Aros (inventor: Garthen Leslie), offered in partnership with General Electric (GE).

I wait for Quirky’s founder and chief executive away from the hubbub, in a roomy glass-door conference room. Soon enough, Ben Kaufman bounds into the room. He’s wearing a wide smile and black from head to toe in a manner more simple than severe. He plops down into a springy reclining office chair at the head of the table, his back pushing up against the seat. Then he leans over to shake my hand, letting the back of the chair snap back. “Hi, I’m Ben.” His voice booms with the intonation of a 1960s game show host.

I ask Kaufman, who is 26, about his childhood. He grew up in Long Island. His mother worked at a factory and his father was a lawyer. “Mom taught me how to do; Dad taught me how to talk,” he says. An admittedly “terrible student,” Kaufman says his first invention came when he was a teenager. He was trying to listen to his iPod during class and didn’t want his teacher to catch him in the act. “I went home and made a lanyard headphone that concealed the wires,” he says. “It looked like I was just wearing a keychain, when I was wearing my iPod.”

Had Kaufman left it at that, he would have been nothing more than a particularly clever teenager. Sensing opportunity, he convinced his parents to refinance their home and write him a check for $185,000 so he could have the product manufactured in China for mass distribution. Dubbed Mophie, after his golden retrievers Molly and Sophie, the product won “Best in Show” at Macworld in 2006 and has since evolved into a mobile accessories company with a full line of products that includes the popular “Juice Pack” charger cases.

Kaufman credits his success to “all these weird, lucky things,” like having parents willing to place a bet on their son’s invention. “But [I quickly realized] good ideas shouldn’t be left to luck,” he says. At Mophie, he tested the notion of community-based product creation. At Quirky, he’s made it the company’s fundamental mission.

The Quirky office is lined with products the company has made in collaboration with people it doesn’t employ, from prototypes to finished products like Aros. I ask Kaufman how he feels about working with a besuited company like GE, given the ultra-casual environment of Quirky’s office and the “Suits: Go away” sign on its door. “They wear khakis,” he quips.

I ask Kaufman about a recommendation on his LinkedIn profile describing him as “a dick…but hilarious.” It’s hardly an unusual sight in the fraternal world of tech startups, but is it a liability now that he’s working with a multinational company that’s ranked ninth on the Fortune 500 list? Kaufman demurs, saying only that his way of dealing with others is best described as “arm around the shoulder, foot up the ass.” He says it in jest, but concedes that one of his biggest regrets is firing one of his best employees early on when Kaufman was still a teenager. The employee wasn’t aggressive enough, he says—Kaufman wanted him to embody the “Ari Gold” character on the HBO series Entourage. “I don’t like mediocrity and I make things clear for people,” he acknowledges. “But I always do it from a good place.”

Forty-five minutes into our conversation, a bell begins ringing throughout the office, its clatter recalling high school hallways. It is time for everyone, now numbering about 200, to take their seats for the product evaluation. Kaufman stands up, shakes my hand, and walks toward the commotion. Rows of steel chairs have been set up on the hardwood floors, and few if any are left empty. Kaufman makes his way behind a long wooden table facing the audience, taking his seat in the center, colleagues flanking each of his sides.

He stands in front of his open MacBook and loudly begins counting down to the beginning of the livestream. “4… 3… 2… 1… Ladies and gentlemen, it’s just about 7 o’clock in New York. Welcome to Quirky product evaluation!” Kaufman’s voice soars over the excited chatter, and he smiles ear to ear as he claps along with the crowd. The game show has begun.