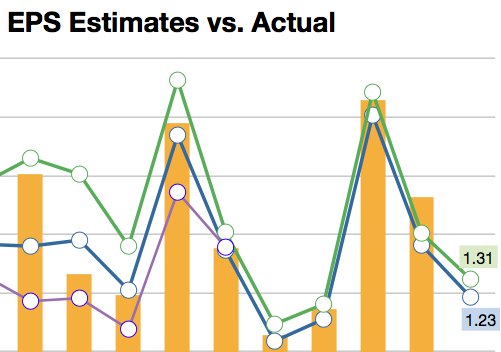 Apple doesn’t give EPS guidance anymore, but for the quarter that ended June 28 the company told the Street to expect revenues to come in between $36 billion and $38 billion.

The consensus among the more than two dozen analysts polled by Fortune — 15 Wall Street professionals and 12 amateurs — is that Apple will report revenues of $38.4 billion. The amateurs, as usual, are more bullish than the pros, although the gap between the two has narrowed considerably over the past two and a half years.

We’ll find out who was closest to the mark when Apple reports its fiscal Q3 2014 earnings after the markets close on Tuesday.

Below: Their recent track records.

See also: How many iPhones, iPads and Macs did Apple sell last quarter?