Citigroup is terrible at negotiating with the government 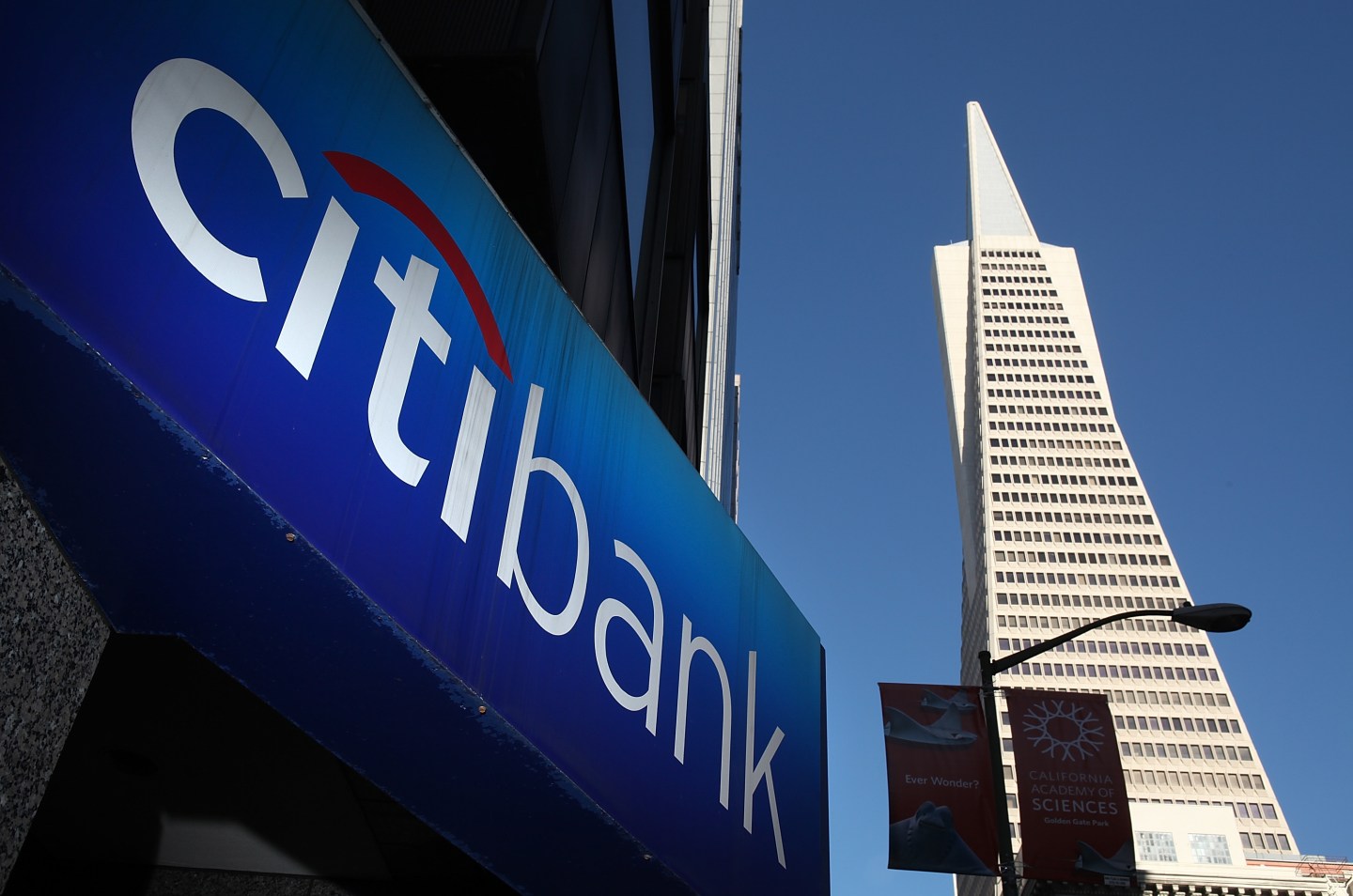 On Monday, the giant bank agreed to pay $7 billion to settle government claims that Citigroup sold mortgage bonds that its bankers knew were rotten in the years leading up to the financial crisis. Shares of Citi (C) are up today. But they are still down nearly 7% this year. By comparison, Bank of America (BAC) stock is up slightly. And shares of Wells Fargo (WFC) are up nearly 15%.

Bank analyst Mike Mayo of CLSA seemed shocked and disappointed that Citi had agreed to settle for so much during a call with Citi’s top management on Monday morning. “Why did you settle for what many people think is a huge amount?” he asked Citi CEO Michael Corbat on a conference call with other analysts. “It’s much more than I or anyone I talk to on Wall Street thought it would be.”

Corbat answered that he thought the settlement was fair.

Was it? If you factor in Citi’s original offering to the government, the answer would have to be no. Citi opened the negotiations with an offer to settle for around $350 million, or just 5% of what it eventually paid. The bank argued that it underwrote fewer mortgage-backed securities than its larger banking competitors so it should have to pay less.

JPMorgan paid $13 billion to settle its mortgage cases with the government. Based on that, an earlier analysis of the JPMorgan suit suggested that the Citi’s fine should have been around $1 billion.

But the government said it wasn’t about size. It was about behavior, and Citi’s was worse than the other banks. On Monday morning, The Wall Street Journal reported that Attorney General Eric Holder would detail Citi’s “egregious misconduct.” Based on that, it seemed like we were in for another round of cringe-worthy e-mails from Wall Street.

In fact, the Citi settlement includes just a few sentences from one e-mail that it notes came early on in the process of putting together one particular deal. “Went thru the Diligence Reports and think that we should start praying,” the Citi trader wrote, according to the settlement. “I would not be surprised if half of these loans went down.”

That’s not great. But it’s nothing like the Li-bros promising bottles of Bollinger for rate rigging, or the Morgan Stanley e-mails that came out in a civil case in which bankers debated if they should call a mortgage bond deal “shitbag” or “Mike Tyson’s punch-out.” In Citi’s case, there’s no, “LOL. You know we are going to do the deal anyway,” response. Or something like, “Thanks for your concerns. Next time please don’t put those in e-mails.”

If the above-mentioned e-mail is the smoking gun, all Holder is showing us is the picture of it before it went off.

We actually have no idea how the trader’s superiors or colleagues responded. The settlement doesn’t say so. Some of the loans could have been kicked out of the pool as a result of that e-mail, which we know happened at times, based on another part of the settlement. Or maybe they found a flaw in that particular trader’s analysis.

All the suit says is that Citigroup ended up securitizing loans from that particular pool. But there are a lot of steps between saying, “Hey, there’s something fishy” and an actual deal. And if such communications were so damaging, why didn’t Holder and the Justice Department include them?

In another deal, according to the settlement, an outside advisor found that 32% of a sample of the loans Citi was including in a deal were of lower quality than Citi was letting on. Citi kicked some loans out and had the advisor reexamine others. Still, in the end, Citi should have known that 20% of the loans it sold to investors were likely to go bust.

Again, not great. But not much worse than JPMorgan. Its settlement with the government noted that one advisor initially determined that 27% of the loans JPMorgan was considering selling to investors didn’t meet the standards of the deal. Eventually, about half of those loans were kicked out.

Unlike JPMorgan’s settlement, though, Citi’s covered not just its straight mortgage bond deal, but the $100 billion in derivative CDOs the bank sold based on those deals and others. So, you would have expected Citi to pay the government more, perhaps double, than what was expected. After all, earlier analysis on a potential government settlement was based on Citi’s $100 million in mortgage bonds. CDOs generally created more losses for investors than mortgage bonds. So, perhaps $3 billion would make sense.

But there is pretty good evidence that the government had long stopped investigating Wall Street’s CDO deals. Back in October 2011, after paying a $285 million fine to the Securities and Exchange Commission for one deal, Citi told ProPublica that, unofficially, the settlement covered all of its CDOs. Goldman Sachs (GS) appears to have struck the same agreement.

What’s more, the part of Monday’s settlement where it lays out what Citi did wrong doesn’t mention a single CDO deal.

The big difference, which may explain why Citi is paying more, is that none of the deals in question were inherited as part of an acquisition. JPMorgan’s main argument for leniency from the government was that two-thirds of the deals that it was being fined for were done by either Bear Stearns or Washington Mutual, two banks that JPMorgan bought at the height of the financial crisis. By rescuing two troubled banks, those acquisitions arguably helped the economy. That argument seems to have worked with the government.

Citi couldn’t argue that. All of its deals were its own. So it did fewer deals. That clearly didn’t work. Perhaps it should have argued that its deals didn’t lose as much for investors. Did they? We don’t know. The government’s settlement with Citi says nothing about how much investors lost, something that seems relevant when assigning fines.

In general, Citi has paid less in fines than other banks. Perhaps this was a bit of catch up. Then again, Citi is still looking at potential fines for manipulating Libor and its lending troubles in Mexico. So it’s not like this is the last fine Citi’s going to pay.

One observation to take away from this: Bank of America investors should be very scared, as that bank is still working on its deal with the government. And right now, the government is clearly pushing for banks to pay bigger and bigger fines.