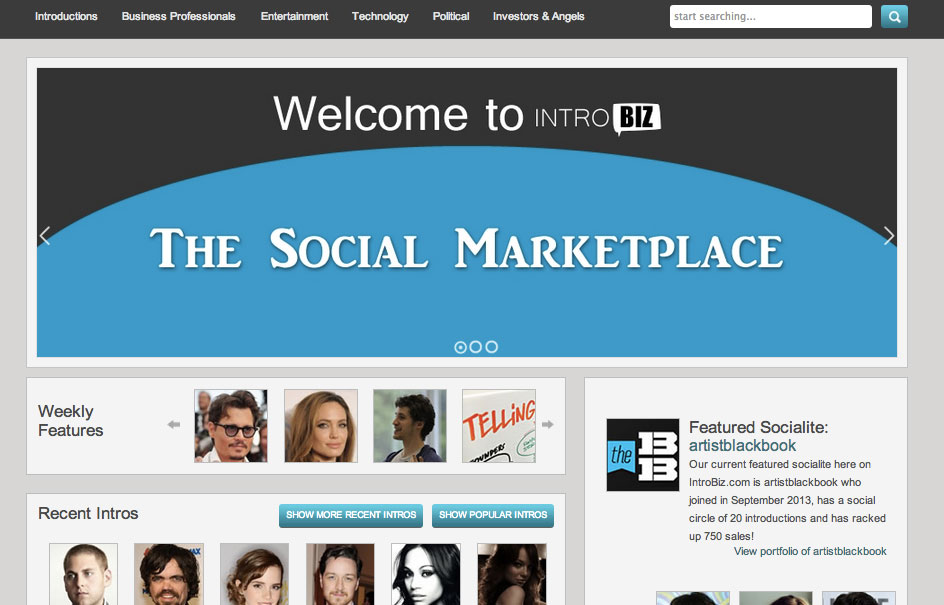 Shares of the company, which traded for pennies as recently as mid-June, reached as high as $21 on Thursday, before dropping to $14.

The stock market success doesn’t seem to have much to do with the company’s leadership. Cynk has had four CEOs since 2008. None are big names on Wall Street or Silicon Valley. The company’s current CEO, Javier Romero, lives in Belize City, Belize. According to a corporate document, since 2009 Romero has been a “fisheries officer” for the Belize government. According to filings, Romero bought 210 million shares of the company in February. That stake would now be worth $3.5 billion.

Before Romero, the company—which has a social media website where users can, in theory, buy social friendships with celebrities—was run by Marlon Luis Sanchez, a former spokesperson for the Tijuana medical tourism industry and a San Diego-area medical clinic.

But at least one person has a long history with the company: Harold Gewerter, a Las Vegas lawyer who has spent the past few years birthing tiny companies with little or no income and questionable business prospects. Gewerter has also defended stock market promoters and in 1995, he was indicted as part of an FBI investigation. Those charges were ultimately dropped.

On Friday, regulators halted trading of Cynk shares, citing “potentially manipulative transactions” in the stock. There is no evidence that Gewerter has had anything to do with Cynk’s shares recent rise.

Penny stocks have long been a haven for fraudsters. And as the market has improved over the past year or so, there has been a resurgence of questionable activity. Earlier this year, Fortune reported that Forbes.com, Seeking Alpha, Wall Street Cheat Sheet, and other websites had been duped into publishing articles by authors paid to promote the companies they were writing about. The articles in question did not include disclosure that these authors were paid promoters. On Friday, the SEC charged five individuals for attempting to manipulated the shares of a Boston-based microcap company Amogear (AMOG), which makes clothing aimed at mixed martial arts fighters.

Gewerter declined to comment on Cynk’s shares’ rapid ascent or why trading was put to a halt. In an e-mail Gewerter told Fortune that Cynk is no longer a client of his.

But as recently as June 11, six days before Cynk’s stock began to take off, Gewerter wrote a letter to the OTC Markets Group, an exchange for small companies, saying that he had been hired by Cynk to do a review of its documents. Gewerter wrote that nothing appeared to be out of order. He said he had personally met with Romero and verified that the company’s listed address in a business center in Belize was correct. There is no company named Cynk located at that address, according to a report from the Wall Street Journal.

Gewerter knows Cynk well. In 2012, Gewerter was listed as the lawyer and placement agent for the company’s initial public offering, back when Cynk was called Introbuzz. Unlike most IPOs, it had no underwriter or brokerage tied to the offering. Gewerter appears to have handled it all on his own.

Cynk’s website, Introbiz.com, advertises its ability connect users with “socialites,” but it doesn’t seem to have attracted many high-fliers. Instead, the website seems to be selling contact information for celebrities from a directory. As of July 11, according to the site, 78 people had paid $50 each to get contact info for Leonardo DiCaprio. The info for Parks and Recreation television star Chris Pratt had been purchased by eight users. Those sales could not be verified. As of September 30, 2013, the last time the company reported financial information, Cynk said in its more than five years of existence it had not generated even a dollar in sales.

In 2009, a client of Gewerter’s named John Edwards, a Las Vegas stock market promoter (not the former presidential candidate), was fined $55 million by the Securities and Exchange Commission for his role in fraud involving mining company CMKM Diamonds. CMKM said it had the rights to gold and diamond mines. The SEC determined that the company’s maps and videos of the mines had been faked. According to the SEC, the company’s only actually activities were “illegally issuing and promoting its own stock.”

Edwards fled the country. And the SEC later sued to recover $25,000 that Edwards had transferred to a trust controlled by Gewerter. Edwards is still being pursued by the Justice Department.

Last month, another Gewerter client, Nevada attorney Marcus Luna, was fined $7 million and banned from working on securities offerings by the SEC for Luna’s role in a reverse merger stock scheme.

According to the Nevada State Bar, Gewerter has been practicing law since 1979. His firm’s website says that he specializes in estate planning and securities law. It says the firm was ranked in 2012 by SEC New Registrations Report, a trade publication, as one of the top 15 law firms in the country that represent companies doing “pre-effective IPOs.”

In 1990, Gewerter won what was at the time the largest civil judgment in Nevada state history, $35 million for a chemical company heiress who claimed to have been defrauded in the sale of the legendary Las Vegas property The Tropicana.

That case, though, later landed Gewerter in trouble with the Feds. In 1995, the FBI charged Gewerter with allegedly helping to conceal the fact that the hotel and casino had ties to the mob. The government later dropped the charges against Gewerter after being criticized by a judge for indicting Gewerter after he had worked with the government to gather evidence for its mob investigation.

Recently, Gewerter seems to have spent much of his time helping small companies with limited sales, and often no profits and limited prospects, sell stock.

In early 2012, Gewerter helped a small company named Tiger Oil and Energy (TGRO) raise nearly $850,000 by selling more than 28 million shares. Like Cynk, Tiger’s deal appeared to have been solely managed by Gewerter. No investment bank was listed on the offering.

Tiger said it was in the business of bringing formerly productive oil wells back to life. But the company had no revenue and its assets had plunged to just under $15,000 from $337,880 in the year before the offering. Tiger’s stock, which hit a high of $1.59 in December, now trades for $0.17.

And then there’s revenue-less, asset-less Stark Naked Bobbers, which sells kits that can transform any motorcycle into a “bobber,” a type of stylized bike not to be confused with a chopper. The documents for the company’s offering, which has yet to be completed, lists Gewerter as the company’s agent for its offering. The company’s only executive, Teresa Stark, who “does not have any public company experience and is involved in other business activities,” according to the company’s prospectus for the offering, runs not only Stark Naked Bobbers but also Stark Cycles of San Diego, Calif.

When Fortune reached out to Stark, she first hung up during the phone call. When Fortune called back, Stark said, “I went through someone to find [Gewerter]. I have to now do my own investigating. I know nothing.”