What if TV can’t be ‘everywhere?’ 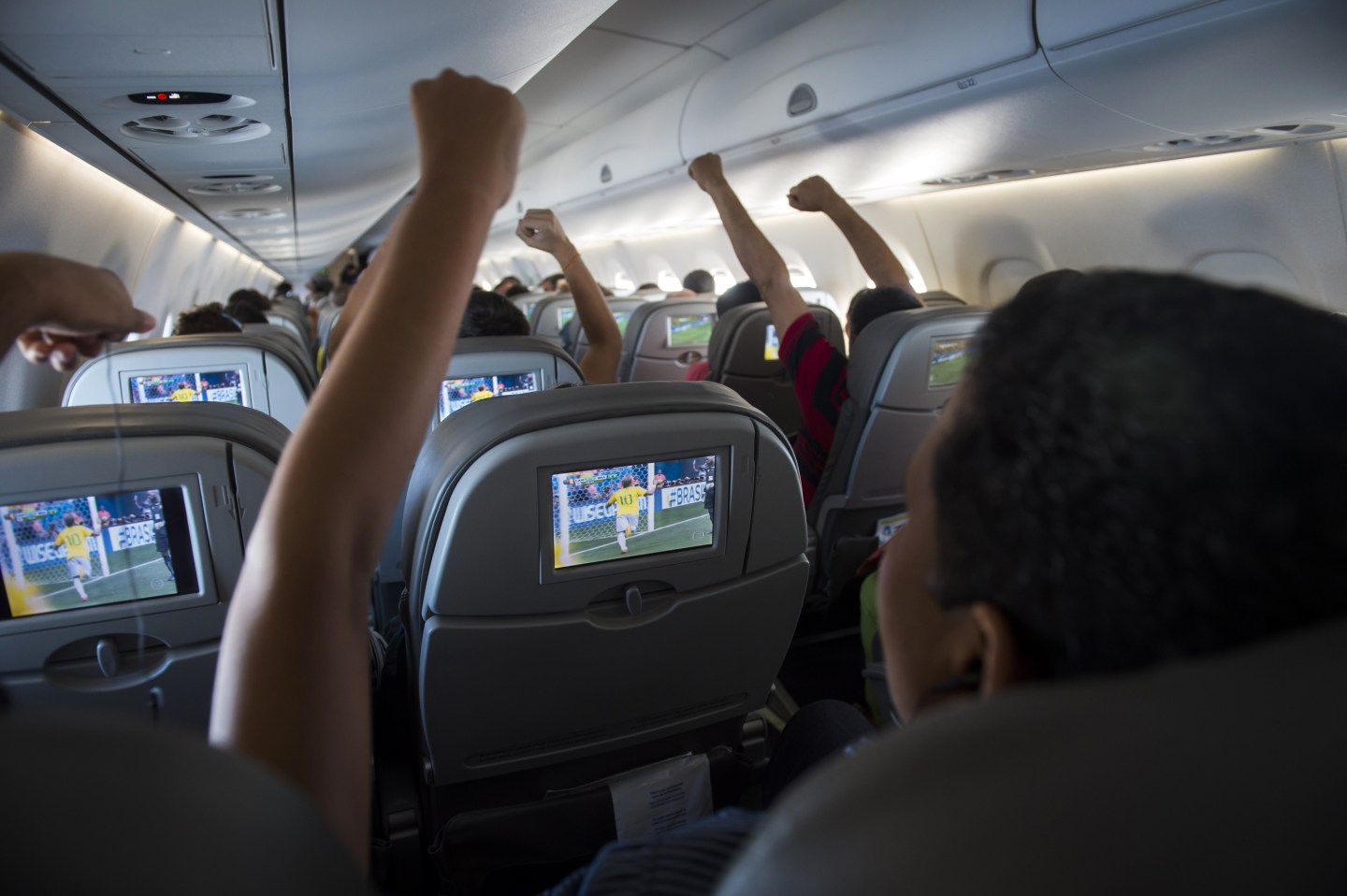 During the World Cup games, many of us broke away from the workday to catch the emotional matches. At my office, like at many other companies large and small, we played the games’ live streams from the ESPN app on a big projector. Sure enough, the lag has been bad, as demand has swamped the servers.  WatchESPN was outright crashing during the U.S.-Germany game last month.

I’m guessing nobody is really surprised, given, as some might recall, the Oscars livestream crashed; HBO Go fizzled during the True Detective finale and Veronica Mars movie backers couldn’t get their free digital downloads on time.

We’re used to these delays. The Internet literally can’t handle the amount of TV we watch; the idea behind “TV everywhere,” where television broadcasters provide viewers with access to online content via live or on-demand, may be impossible with our current infrastructure.

Netflix (NFLX) takes up about 30% of home Internet bandwidth in North America, and data from Procera estimates that anywhere from 6% to 10% of the online streaming service’s subscribers watched at least one episode of House of Cards Season 2 in its first weekend. Yet House of Cards doesn’t have nearly as many viewers as a moderately successful TV show. A total of 4.6 million people watched the premiere of USA’s Suits, for example, which for a series, is an impressive but not gargantuan hit (but one of my personal favorites!). And that’s not even broadcast, it’s cable. A highly anticipated episode of How I Met Your Mother could pull in close to 11 million viewers.Given such viewership, it seems the Internet literally cannot handle television.

Because it takes up that whopping 30% of home Internet bandwidth, Netflix is disrupting traditional “peering” structures whereby two or more networks, which are required to be connected at a hardware level, exchange traffic for free. The networks that Netflix connects to are sending significantly more traffic to their peering partners than they’re receiving in return. The extra traffic forces many of these last-mile providers to either spend money to upgrade their infrastructure, or their users will suffer from a degraded viewing experience.

Earlier this year, Comcast (CMCSA)and Netflix signed a paid peering agreement designed to improve Netflix’s performance, but that doesn’t change the fact that we are consistently at the limits of bandwidth when it comes to streaming high-quality video. Sure enough, a few months later, images of Netflix error messages blaming Verizon for slow bandwidth started going viral online.

I binge-watched the latest season of House of Cards. Even though my wife and I pay for an upgraded Verizon FiOS Internet package, every episode came through in painfully grainy quality. Every now and then, when the scenery barely moved, it would snap into much better focus, only to remind me how bad the viewing quality was. Obviously, as we later learned, the issue wasn’t Verizon to my house, but Netflix to Verizon.

The problem is potentially bigger: Cord-cutters like to talk about being free of the constraints of cable bundles, but the trend I’m seeing is that bandwidth deals could turn into bundles themselves. Imagine you move into a new neighborhood and have a choice of Internet service providers; before you select, you need to do some homework on who has deals in place with the video content companies you like to watch over the Internet.

We truly want “TV everywhere.” Yet when most people talk about problems with Netflix and its ilk, they’re talking about concerns that their subscription rates are going to go up or that some studio is going to pull their favorite movies from on-demand streaming. With the Aereo U.S. Supreme Court decision, cord-cutters are now quickly hunting down their next best options. But as long as these bandwidth problems are as glaring as they are (and getting worse) we’re not going to make the strides we need, and the industry won’t be able to deliver the experience that consumers are hungry for. And judging by the fact that Netflix more than doubled its Emmy nomination haul this year, I’d wager they (we) are pretty hungry.

Joe Marchese is the CEO of true[X], a Los Angeles and New York City-based digital advertising company he co-founded in 2007. He has also served as senior vice president of digital and advertising at the cable network Fuse TV, where he led consumer marketing, digital and multi-platform development.