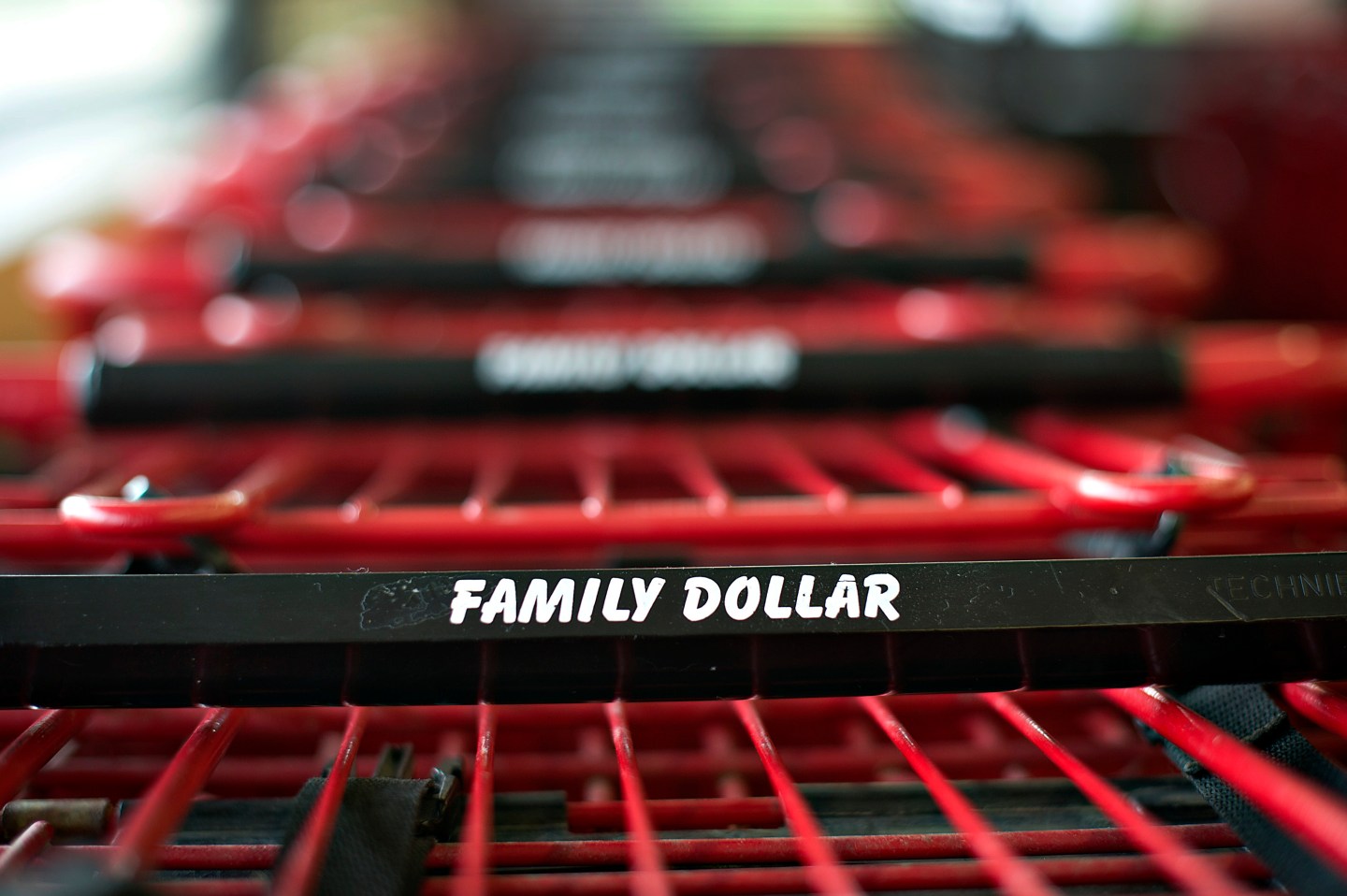 Two years after Family Dollar starting selling tobacco products, the discount retailer on Thursday announced a new initiative it says will get customers to come in to its stores more often and get them to spend more: selling beer and wine.

Family Dollar (FDO) , which announced another quarterly comparable sales decline and is dealing with calls from activist investor Carl Icahn to sell itself, has been testing the sale of beer and wine at 200 of its 8,100 stores for the last two years, and CEO Howard Levine said it is bringing in the customers and generates repeat and regular visits.

“It puts us in the business for a (customer) trip we weren’t even eligible for in the past,” Levine told Wall Street analysts on the call.

Family Dollar said its research shows that its customers buy about $6 billion worth of beer and wine per year. And it clearly wants them to spend that money at Family Dollar stores instead. So it is speeding up the pace of the multi-year beer and wine rollout. (Some states prohibit retailers from selling wine and beer, limiting the number of Family Dollar stores that can sell those products.) Levine said that beer sales over July 4th weekend were the biggest yet since the test began

Even though beer and wine offer lower profit margins than other products, Levine said the sales volume should help make up for any hit to gross margin. (On average, a beer and wine purchase by a Family Dollar customers yields 2.3 times more in sales than the average checkout.)

But Family Dollar is trying to get into a tough market. Arch-rival Dollar General (DG) has been selling beer and wine at thousands of at least some of its stores since 2010. And according to the Brewers Association, U.S. beer sales fell 1.9% last year (craft beers, about one-seventh of the industry’s sales, are on the rise) and a report last week by Shanken News Daily, an industry newsletter, said sales of domestic light beer are set to hit a 10-year low this year.

The booze push is part of a turnaround strategy that Levine, whose father founded Family Dollar in Matthews, N.C., in 1959, hopes will reverse Family Dollar’s long losing streak, and placate Icahn, who last month threatened to go hostile in his bid to get Family Dollar to sell itself.

The retailer has hit a rough patch and been losing customers to Dollar General. So to remedy that, its turnaround has included closing 370 poorly performing stores, lowering prices after an attempt to sell fancier items backfired and laying off 10% of its headquarters staff. It is currently in the process of re-shifting its merchandise assortment to lower-priced items, including more $1 products, a process that is slamming its profit margin. Family Dollar, which is also adding a lot more food items, is beefing up its selection of refrigerated and frozen products, and generally offering more store brands.

Whether its turnaround, which Levine said was still in the early stage, works, Icahn’s threats have clearly rattled the company. At the very start of the conference call, Family Dollar’s head of investor relations spoke specifically of Icahn and made clear executives would entertain no questions about the Icahn situation. Levine himself said four times over the call that “our board of directors and management team are focused on enhancing value to all Family Dollar shareholders.”

But he might not have helped himself much by once again complaining that Family Dollar’s customers are getting slammed by high unemployment, cuts to government programs and fluctuating gas prices. Dollar General and Dollar Tree (DLTR) shoppers are dealing with the same problems, and those two retailers are seeing much better sales, only underscoring that Family Dollar’s wounds were largely self inflected. And besides, Costco Wholesale (COST) reported strong June sales, showing that it’s not the customer’s fault if sales are poor, it’s the retailer’s.