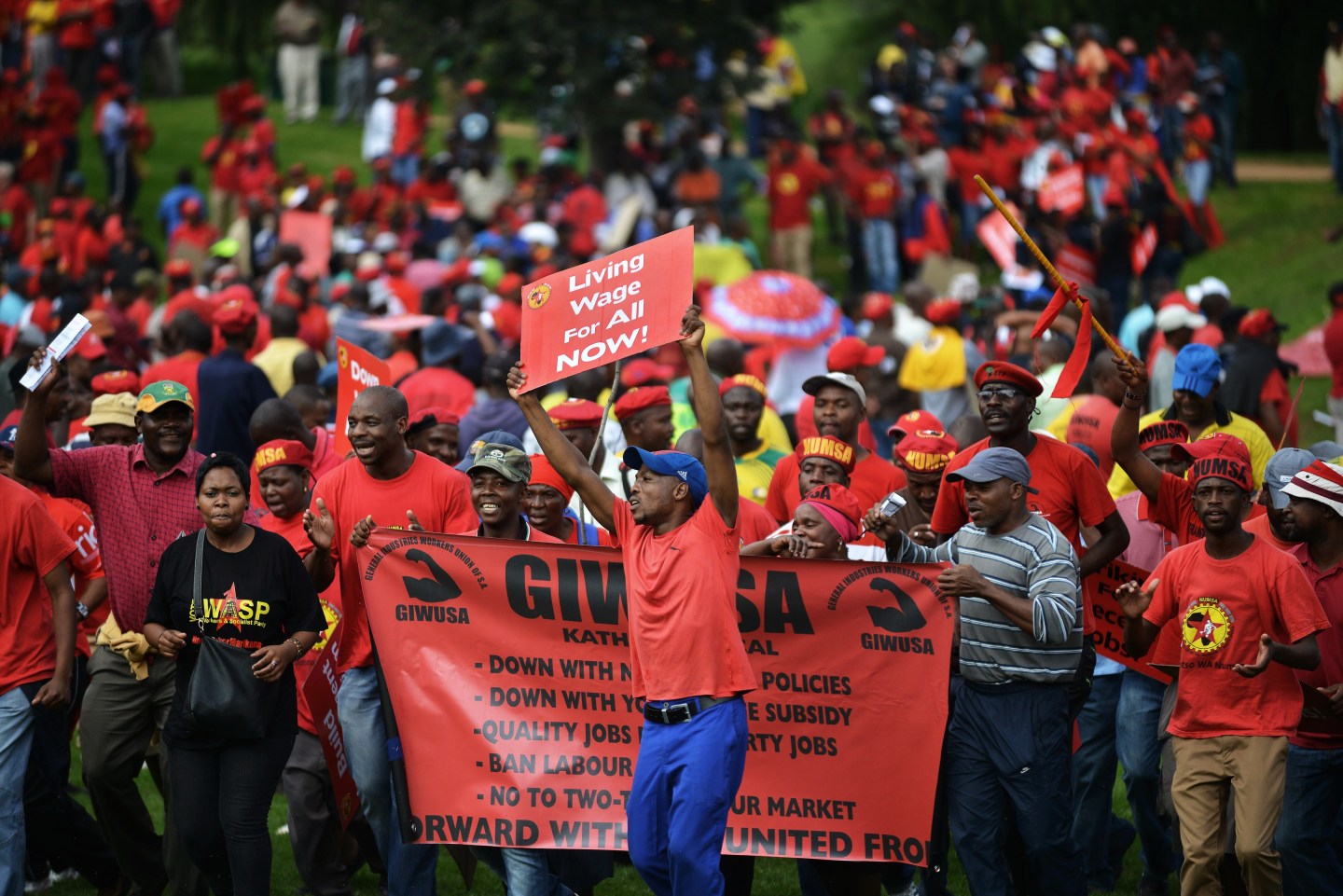 Over 200,000 South African steel and engineering workers went on strike Tuesday, in what threatens to be a rerun of a crippling five-month strike by platinum miners that only ended last week.

Thousands of workers across the country took to the streets as the National Union of Metalworkers of South Africa, the country’s largest labor union, called workers out to demand “a living wage and a better life for our members”. In addition to higher wages, workers are campaigning for housing allowances for those who live far from their workplace, and for an end to employers hiring casual labor.

There were reports of scuffles between protesters and police as union officials tried to deliver a list of their demands to the office of the employers’ federation SEIFSA.

The action is a clear  echo of the platinum workers’ strike, which led to some of the world’s biggest mining companies conceding pay rises of up to 45% over three years, but which drove the economy to shrink by 0.6% in the first quarter of this year.

Workers complain that their pay has failed to keep pace with inflation over recent years, and that the government of the African National Congress has failed to create jobs, especially in higher value-added manufacturing, and to protect existing industry from foreign competition.

Nearly a quarter of South Africa’s fast-growing working-age population is unemployed, and prices have risen at over 5% a year in six of the last seven years.

There are reasons to think that the new strike won’t  be anything like as bitter or long-lasting as the miners’ strike.

For one thing, the starting positions are nowhere near as far apart. NUMSA is seeking a 12% pay rise over one year, while SEIFSA is offering 8%.

For another, the strike is a matter of prestige for NUMSA, which is under pressure to show its members that it can act as tough as the platinum miners’ union AMCU, and deliver the kind of results that AMCU managed.