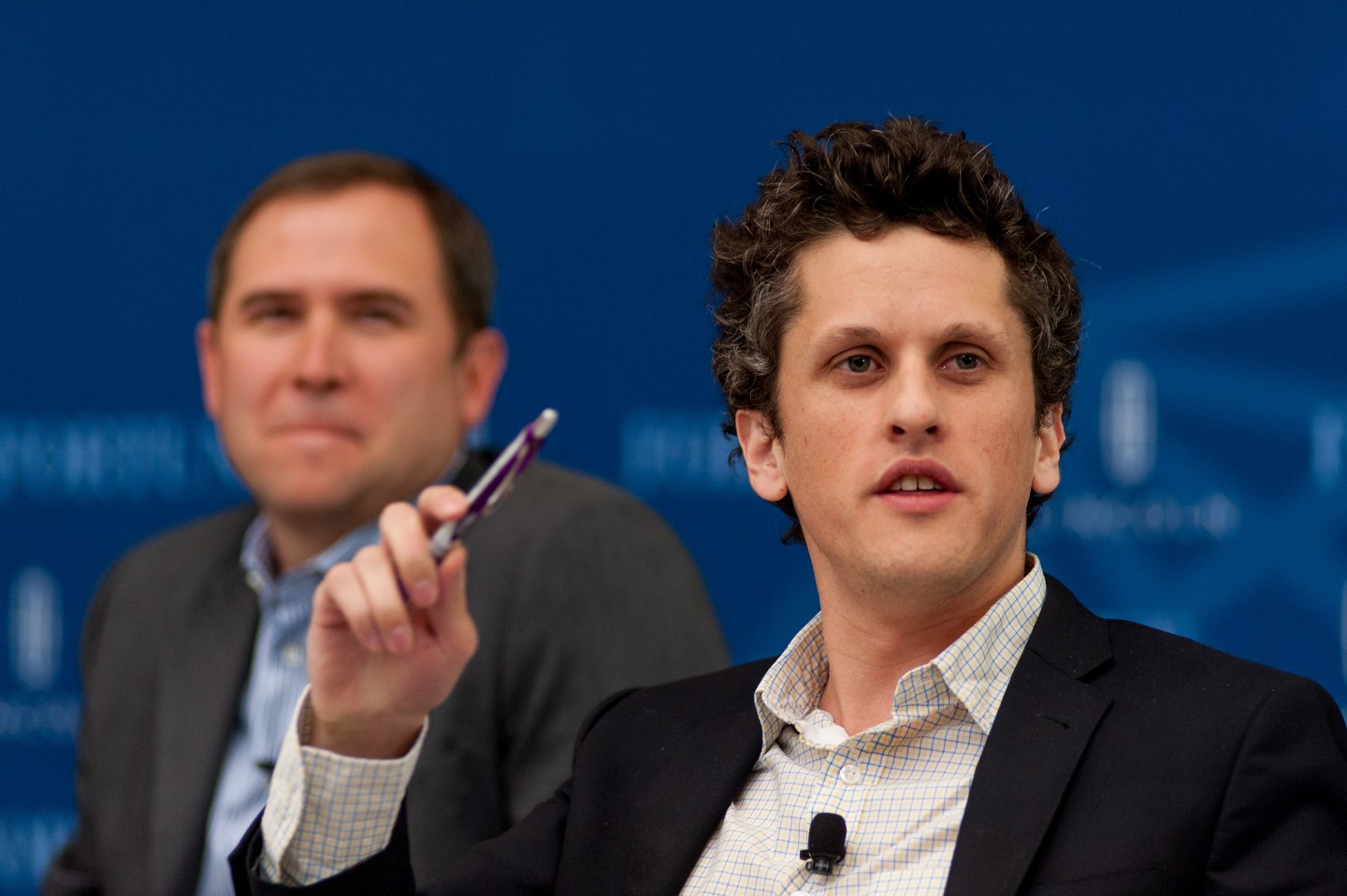 It’s been a while since Box, the Los Altos, Calif.-based cloud storage and collaboration startup, filed to go public. Three months, to be exact.

The company put its I.P.O. plans on hold after cloud computing shares experienced a fairly massive drop in April and May. Now rumors suggest that Box, which according to its original filing reported a $169 million loss on revenue of $124 million in the year ending January 31, is set to take on another sizable round of funding from private equity investors.

The company’s normally outspoken co-founder and chief executive, Aaron Levie, is staying mum on any funding plans, though he unequivocally says that Box remains committed to going public. Fortune caught up with Levie to ask about the state of the company’s delayed I.P.O., its latest major customer General Electric (GE) and how to keep the troops focused while the company—at least momentarily—stays in limbo. What follows is an excerpt from that conversation.

Levie: That is definitely the one category I can’t talk too much about. The facts are that we filed to go public just a couple of days before there was a bit of a market correction with public SaaS companies and other high-growth tech companies. And so when the market is really volatile, which it was in the April/May timeframe, it’s certainly a bad time to be trying to go public. So we just decided let’s just wait and see where that ends up. I think things are improving quite a bit over the past month. So we’re kind of waiting for complete stabilization now, and I think you’ll see us going public from there.

And are rumors of you taking some more funding in the meantime substantiated?

I can’t substantiate them unfortunately. But we’re building a company that requires a lot of investment in growth and R&D and our platform. So we’re super focused on making sure that we are able to invest in everything that we need. So the focus is going public in the near term and that’s where all of our energy is going, but I can’t comment too much on any other kind of financing stuff. Some of the complicating stuff is that it obviously didn’t happen in as linear of a way as we expected, but we’ve been doing this for nine and a half years so nothing ends up being as linear as you’d like. This is a small blip in terms of all of the things you have to go through and think about. There are so many other things to talk about..

What else is going on that you can talk about?

Where we are is you now have large, multinational, global, regulated businesses that are deciding that they want to enable work in new ways. And that they need a new IT model to be able to do that.

What we see more and more within companies of the size and relevance and complexity of GE is, you have for 30+ years a specific way of delivering IT—you built out lots of infrastructure and servers, it was the industrial style, from an economic standpoint, applied to IT. In just a three- to five-year period, the way people actually work is entirely different than what that model can support. There’s more and more mobile, more and more collaborative, and you have to go share with people outside of your organization and your specific network of people that you’re working with, and that model of IT doesn’t support this way of working.

So we have this divide and certainly companies like Workday have solved that divide on the HCM [human capital management, the type of software used by HR professionals] but the daily collaborative kind of work hasn’t yet been solved for the kind large scale enterprises we’re talking about. We think the GE deal with Box is sort of a bellwether moment for Box. It’s saying that this trend is real. That’s incredibly exciting for us. So 300,000 people now will have a tool that was impossible to fathom an organization of that scale having just a few years ago.

Do you have other similar scale deals in the pipeline?

Now you have CIOs that are beginning to demand software that has a higher degree of user experience, that is going to work on a multi-platform and multi-device world and that’s going to allow employees to work in a different way, and that’s just a level of expectation you didn’t see CIOs or IT leaders have just a few years ago.

How are you able to keep employees focused and recruit in the midst of the I.P.O. delay?

There’s obviously a limited extent to which we can share specific things, but yeah your job absolutely moves into the mode of making sure everybody understand the path that we’re on. And I think we’ve mostly been able to get a strong message out to employees and customers that we’re focused on going public and this is really a timing and mechanics issue at this point.