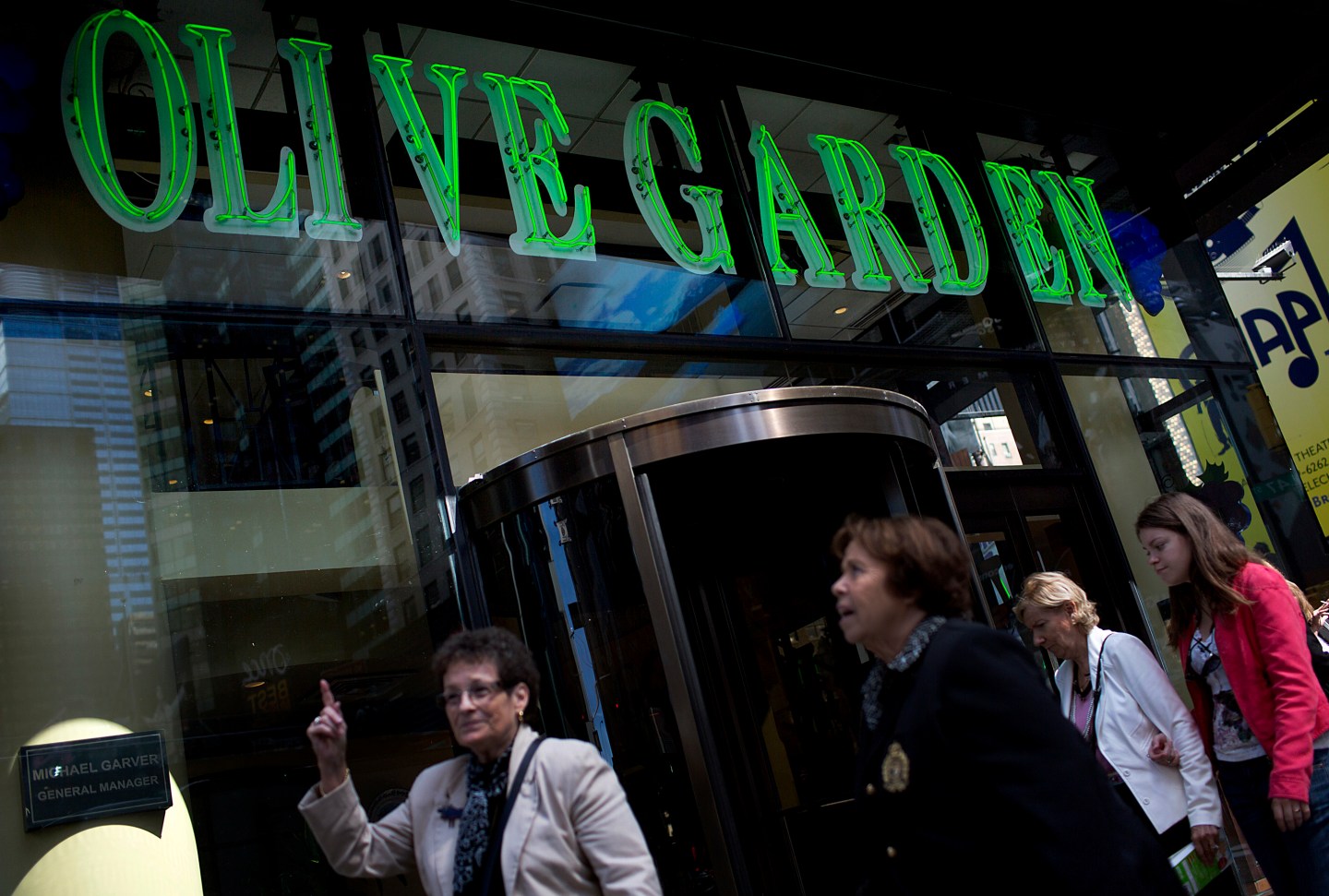 Olive Garden, trying to revive its declining sales, is planning to roll out online ordering across the United States, offer a lunchtime guarantee for customers in a rush, focus more on wine, and add more inexpensive items to its lunch and dinner menus, such as flatbreads.

Olive Garden on Friday reported a 3.4% drop in same-restaurant sales for the year that ended ended May 25, its biggest drop in three years. Now that its parent company Darden (DRI) is almost done offloading its Red Lobster chain (the $2.1 billion sale to Golden Gate Capital is set to close in July), Darden can focus without distraction on its “Renaissance” plan to revive its biggest restaurant chain.

As the population growth of baby boomers—the most avid restaurant diners—slows, and household income stalls, U.S. casual dining chains like Olive Garden have found themselves grappling with declining customer traffic.

Adding to the pain, chains like Chipotle Mexican Grill  (CMG) and Panera Bread  (PNRA) won customers in search of fast, affordable food that is of higher quality than what they might find at fast-food chains.

“The Olive Garden brand renaissance is a large and complex initiative with many components,” Darden Chief Operating Officer Gene Lee told Wall Street analysts. “We’re confident that the rate of progress will increase in the quarters ahead, and the various aspects of the plan reinforce and build on one another.”

Here is a closer look at what Olive Garden’s “renaissance” entails:

Olive Garden has tested online ordering, which it says has fueled take-out orders, ahead of a nationwide rollout, and found that the check size of a take-out order placed on line has been “significantly higher” than those made by phone. Take-out now accounts for 8% of sales, and such orders made online are growing more quickly than take-out overall. Darden expects the online order system to be available at restaurants nationwide by late August.

Lee said Olive Garden will “intensify” its focus on alcoholic drinks. That means concentrating on wine and a few speciality cocktails. It will use mobile apps to better train servers how to recommend wines and pair wines with food.

Olive Garden is planning a lunchtime guarantee to make sure customers in a hurry can count on a fast lunch if need be. To do that, the restaurant is simplifying recipes and its operations. This is part of a strategy to prop up its lunch business, where guest counts have fallen even more quickly than dinnertime.

This spring, Olive Garden introduced new menus at lunch and dinner aimed at attracting customers on a budget. The dinner menu now includes a meal for $9.99 in its Cucina Mia section. Next year, it will increase the number of entrées for under $15 specifically to entice young diners, and price-sensitive customers.

For lunch, Olive Garden has added nine new items for $2.99, that can be coupled with a soup, salad and Olive Garden’s legendary breadsticks. This is aimed to provide low-price lunches to compete with fast casual lunch options.

5. Sending in reinforcements for under performing restaurants.