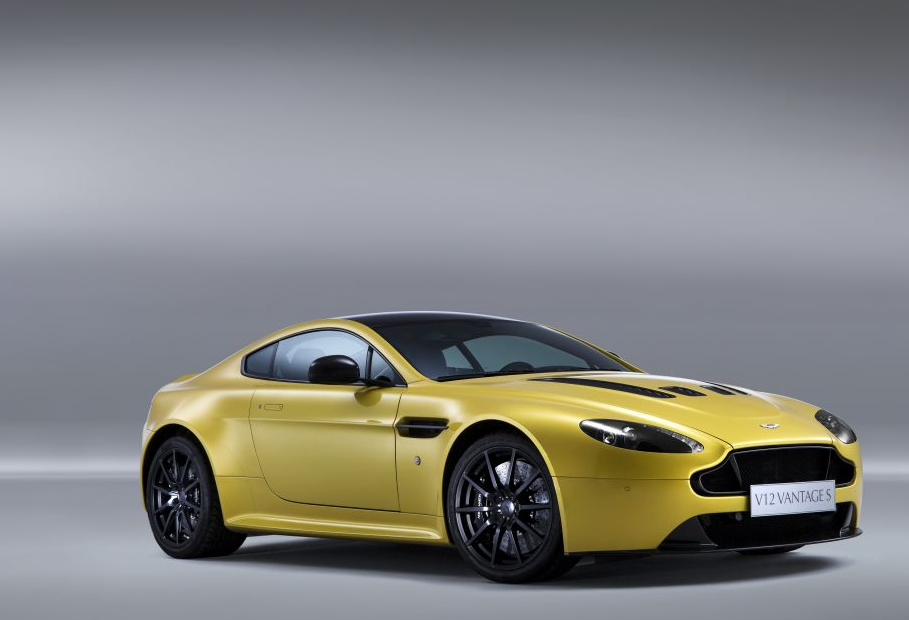 Ford, Jaguar and Aston Martin are seemingly unrelated car companies, but they’re unified by a pair of designers whose iconic look has carried through each brand over the last 20 years. That look could soon be coming to an end for Aston Martin.  New business deals and a recent announcement of investment in a new sports car line, promise change for the company.  Could the 2015 Aston Martin V12 Vantage S, the nearly perfect British muscle car, be one of the last of the iconic Aston shape?

When Ford (F) purchased a stake in Aston Martin in 1987, it was on the precipice of collapse.  At that time designer Ian Callum, a former junior designer at the American automaker, was working for a consulting company Ford had hired to revitalize the struggling brand. His resulting design, the DB7, a car made famous by James Bond, helped Aston get back on its feet. Fast forward to 2001, when designer and future hybrid luxury car manufacturer Henrik Fisker became the design director for Aston Martin. Fisker is credited with turning Callum’s design into the V8 Vantage, and together, they developed the characteristic Aston Martin look as we know it today.

Aston took its smallest, entry-level sports car, the Vantage, lightened it by 33 pounds, and dropped a 565 horsepower V-12 engine into it to create the mind-bendingly gorgeous V12 Vantage S. It is Aston Martin’s fastest series production model yet, with the exception of the One-77, and every bit the head-turner.

Now, I’ll be the first to admit, I would pedal an Aston Martin if I had to. There is just something about the classic design that Callum and Fisker created that I find incredibly appealing.  Maybe it’s the lipstick lines around the front grill and the curve of the hip, but when you add the rumble of a V12 engine under the bonnet (no, it’s not a hood in British parlance), it makes me  positively weak in the knees. The V12 Vantage S offers the roar of a track car, with a bit of British refinement and reserve.

My test car, however, was not exactly reserved in the color department. It was a beautifully blinding blue that Aston calls “Flugplatz Blue.” Flugplatz is German for “airfield” and a nod to Aston Martin’s racing heritage and a section of track on the Nurburgring known as “the flying place.”  The color is aptly named, as the Vantage S spent two years in testing, both on track and off, and a near-production model competed in one of the most grueling races in the world in 2013; the 24 Hours of Nurburgring.

Starting the car is a visceral experience. Hop in the cockpit, press the glass-tipped “Emotion Control Unit” into the center of the dash and the engine roars to life, waking the neighbors. It is anything but subtle. In fact, more than a few times, pedestrians and fellow drivers alike craned their necks to get a better look at the bright blue car making all that glorious noise. The V12 Vantage S boasts 0-60 times of 3.7 seconds and a top speed of 205 mph.  Steering is direct, but not as direct as it should be in a car that boasts more than 400 ft lbs of torque. The carbon ceramic brakes are more than sufficient in hauling the 3600+-lb car down to a standstill.

The biggest drawback, however, is the transmission. The engine is paired with Aston Martin’s Sportshift III transmission, a single-clutch, seven-speed automated manual.  In sport mode, paddles mounted on the steering column allow you to control gearing. In automatic, the shifts are controlled for you and they are rough. The car seems to slip the clutch to get under way and then dump out early just as you get on it. After a few rough shifts, I gave up on automatic and drove the car in sport mode, modulating the gas pedal when I wanted to ease the gear shift and avoid jolting my passenger. One additional word of warning; that engine hanging out front weighs a lot and if you push the car to its limits, as I had a chance to do on a track in Palm Beach in December, the rear end can get a bit light. This makes the car incredibly fun, but drivers new to performance cars should be cautious.

The cockpit is comfortable, albeit a bit dated, in comparison to other sports cars staring at $180K. The steering wheel and seats are Alcantara, making for a luxurious hand and an added level of function—take a corner fast and you won’t slide around in the seats or lose grip of the steering wheel.  Buttons on the dash allow you to control both ride and transmission and range from Track to Automatic, depending on how adventurous you’re feeling. The stereo and navigation interface could use a bit of a technology refresh, but overall the interior of the V12 Vantage S is sleek and functional.

All this could change very soon, however. Aston Martin recently finalized a partnership with Daimler and Mercedes-Benz AMG, who will provide engines and some electronics to Aston. That means that the slap-happy transmission may soon get an update. Aston Martin also recently announced a  £100 million (about $170 million) investment their Gaydon manufacturing headquarters with more to come. “Aston Martin (will be) implementing the biggest investment programme in the 101-year history of the brand, with a plan to inject over £500m ($850 million) into the company’s next generation of high performance sports cars,” CFO Hanno Kirner said in a release last month.  All this is with the goal of becoming the “number one British luxury sports car brand.”

That means that Ian Callum’s and Henrik Fisker’s iconic shape could become part of Aston’s history, and the V-12 Vanquish S could be one of the last of the Astons on the current platform.

For the time being, however, the V12 Vantage S remains not only the fastest street legal car that Aston Martin has made (with the exception of the One-77), it is also one of the most distinctively gorgeous sports cars you can own.