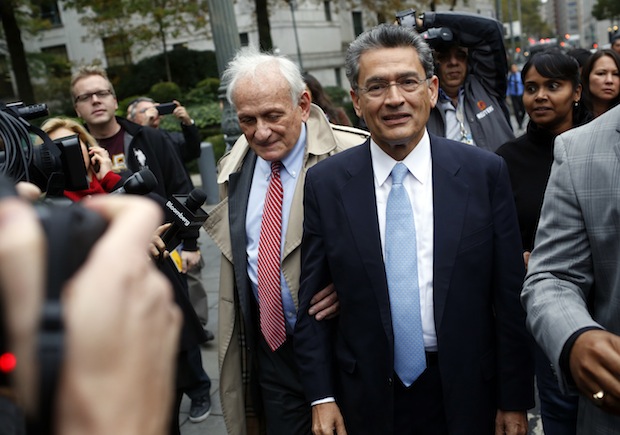 A quarter of all public M&A transactions may be tainted by some form of insider trading, and only a fraction of those instances result in government prosecution, according to a new study.

The study, by professors at New York University’s Stern School of Business and McGill University, looked at 1,859 corporate transactions stretching from the beginning of 1996 to the end of 2012. For each deal, the professors pored over stock options for shares of both the acquirer and the target over a period of 30 days prior to the announcement of the deal, looking for abnormalities in volume or movement.

The study concluded that roughly 25% of all transactions studied were accompanied by abnormal trading in the run-up to the deal announcement. What’s more, the professors write that the odds of the trading abnormalities they uncovered “arising out of chance” are roughly “three in a trillion.”

Meanwhile, the professors say, the Securities and Exchange Commission litigated only about 4.7% of the 1,859 M&A deals covered by the study. That disparity comes despite federal authorities’ publicly stated resolve to ramp up their scrutiny of potential insider trading violations in recent years. In other words, the study’s findings would suggest that, despite highly-publicized cases such as those in recent years involving the hedge funds Galleon Group and SAC Capital, the government is still making only a small dent in the instances of insider trading in public M&A.

One of the professors who conducted the study, NYU’s Patrick Augustin, said in a statement last week that he and his fellow researchers became interested in insider trading statistics in the wake of last year’s leveraged buyout of Heinz (HNZ) by Berkshire Hathaway and 3G Capital. That deal resulted in two Brazilian brothers receiving a $5 million fine from the SEC for using inside information to trade Heinz options before news of the deal went public.

“[We] set out to investigate whether instances of informed trading in options occur systematically or whether they were just random bets,” Augustin said. “The statistical evidence we present is consistent with informed trading strategies, and is too strong to be dismissed as just random speculation. Our findings likely will be highly useful to regulators, firms and investors in understanding where and how informed investors trade.”

According to the study, the average profit garnered through “rogue trades” over the professors’ sample period was $1.57 million, while the average SEC fine was more than double that figure, at about $3.5 million. The study also found that it took the SEC an average of 756 days to announce a litigation action in any given insider trading case from the start of an investigation. “Thus, assuming that the litigation releases coincide approximately with the actual initiations of investigations, it takes the SEC a bit more than two years, on average, to prosecute a rogue trade,” the professors wrote in the study.

Recently, former McKinsey head and Goldman Sachs (GS) director Raj Gupta lost a bid to delay the start of the two-year prison term handed to him in 2012 as a result of his insider trading conviction for passing information to Galleon founder Raj Rajaratnam. And, earlier this month, golfer Phil Mickelson got caught up in a federal investigation into whether or not activist investor Carl Icahn passed along inside information concerning a pending purchase of Clorox (CLX) stock to Mickelson and another man in 2011. The New York Times reported last week that Mickelson did not trade in Clorox shares, although Icahn and the other man, gambler William Walters, remain under investigation by the FBI and SEC.

Update: The article has been updated to show the SEC declined to comment on the study.