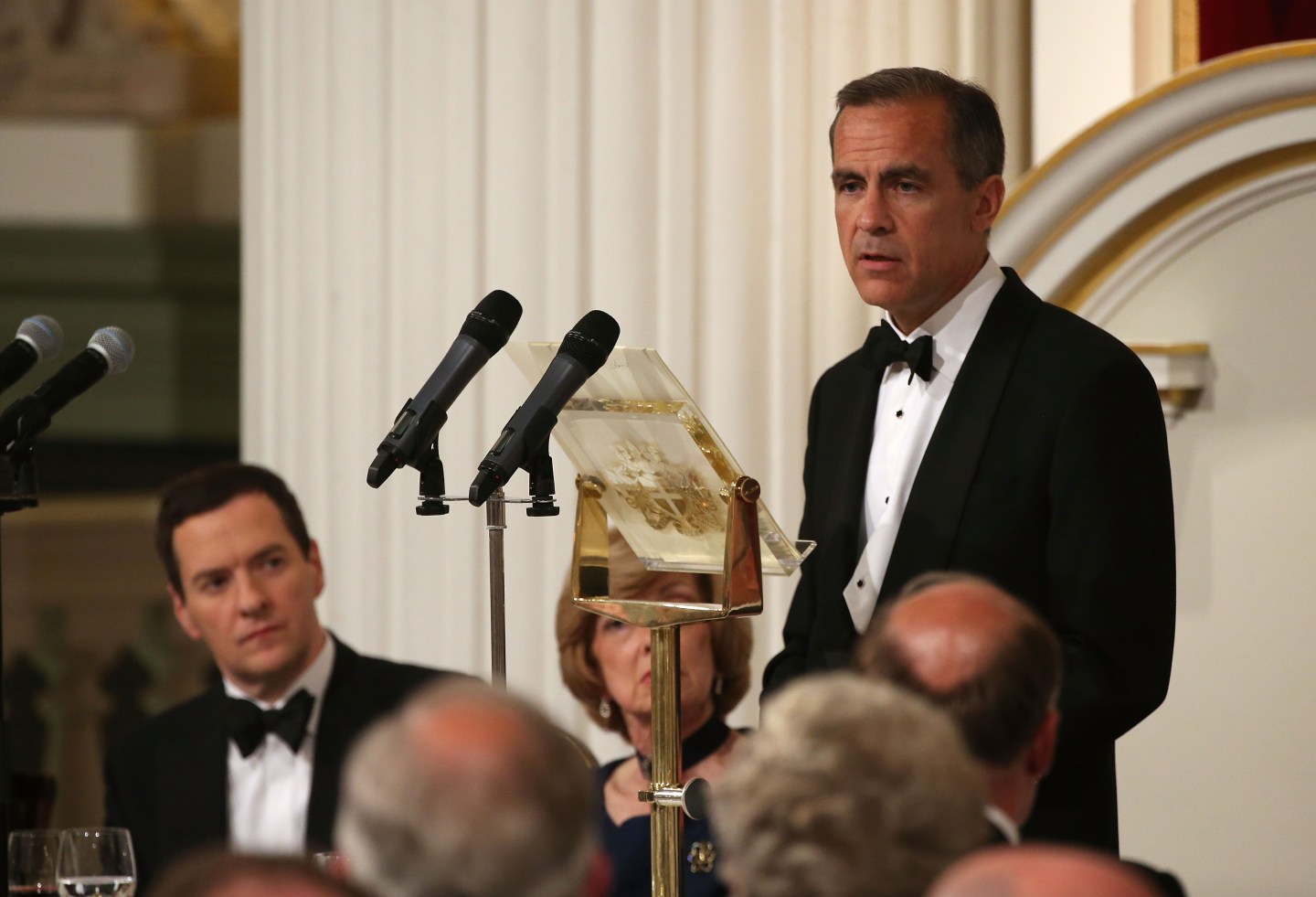 The days of ultra-low interest rates are coming to an end. In the U.K. at least.

With the economy now growing strongly, joblessness at a five-year low, and house prices up by some 10% in the last year, Bank of England Governor Mark Carney finally changed his tune about the outlook for interest rates, saying that the first increase “could happen sooner than markets expect.”

That puts the U.K. on course to be the first central bank in the major industrial economies to raise interest rates since two spectacularly ill-conceived rate hikes by the European Central Bank in 2011 triggered the most acute phase of the euro crisis. The Federal Reserve isn’t expected to start raising rates until next year at the earliest.

Since he took over at the Bank of England in July last year, Carney has constantly talked down the need to raise rates, aware that banks were too weak or too risk-averse to lend, and that businesses refused to invest while the economy flirted with a triple-dip recession. Carney initially said rates wouldn’t need to rise until 2016.

But as the threat from the eurozone has faded, the U.K. economy has gone through the gears far faster than most people expected. It’s now growing at an annualized rate close to 4%, and jobless data released earlier this week showed the jobless rate fell to a five-year low of 6.6% in the three months to April.

“We now know there is a strong possibility we will see the first rate rise before Christmas,” said Chris Williams, chief executive of financial advisory firm Wealth Horizon.

Carney still indicated that he’ll try other measures first, targeted specifically at cooling the housing market. The authorities have already put in place new rules to stop banks lending to borrowers who couldn’t cope with rising mortgage rates, and Chancellor of the Exchequer George Osborne said last night he would give the BoE powers to cap the amount that banks can lend against housing.

“When you hear the thunder of the falls, it is wise to get off the river,” Carney said.

Paradoxically, Carney’s turn to a more hawkish stance seems likely to stoke the debate about his credibility.

“Changing guidance of the date of the first hike by two years or more within nine months makes any central bank statements about future rate hikes close to worthless,” said Rob Wood, an economist with investment bank Berenberg Bank.

A Canadian who was hired by the U.K. government on an eye-wateringly generous package, Carney is sure to face accusations of inconsistency, and worse, from the British press, who will resent him all the more for raising the cost of their mortgages.

But he can always lean on the defense often, if wrongly, attributed to the British economist John Maynard Keynes, when people threw the same accusation at him. “When the facts change, I alter my conclusions. What do you do, sir?”