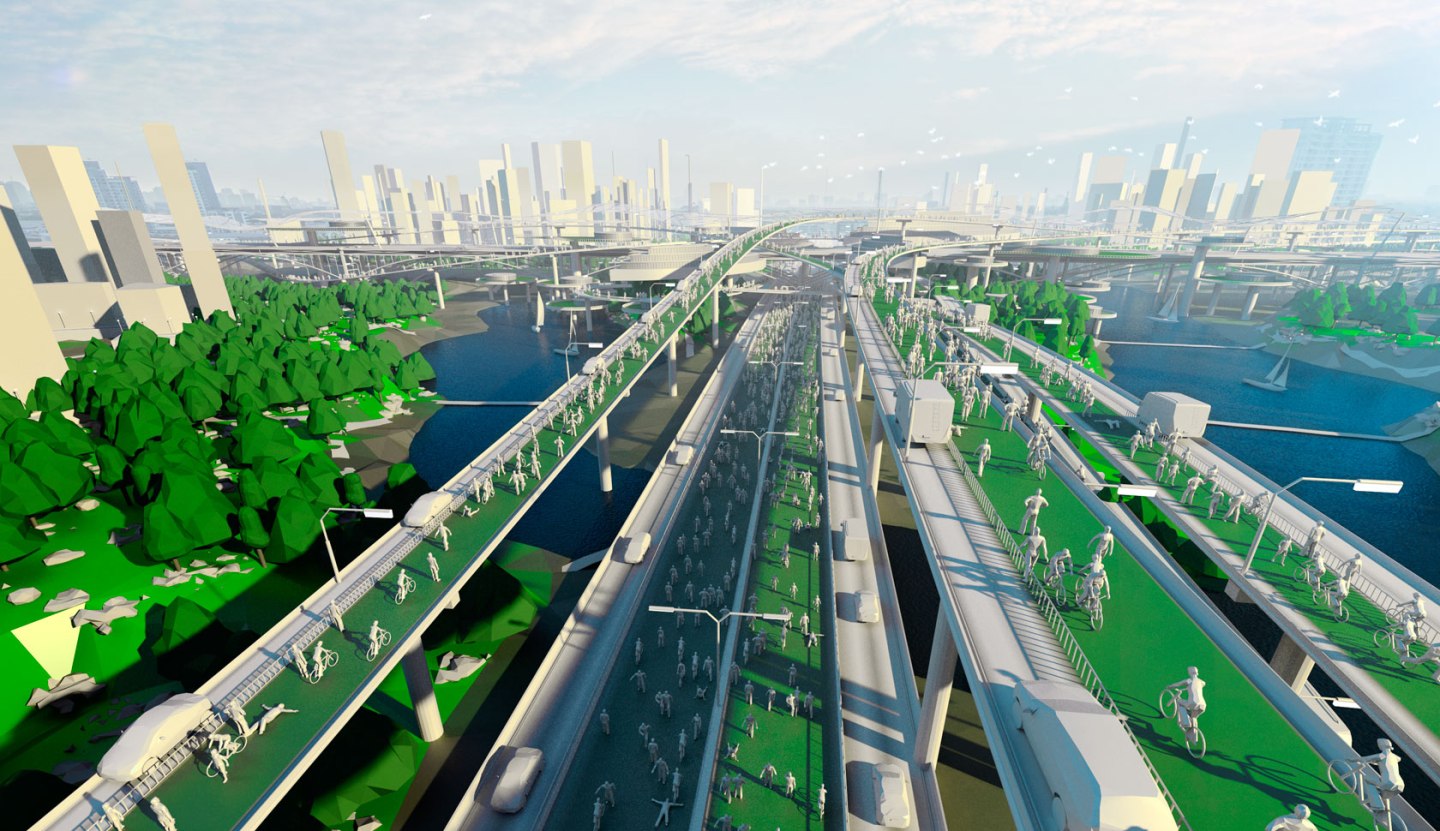 “I’m going to close my eyes, and when I open them I want to see skyscrapers.”

That’s Don Draper speaking in Season five of Mad Men, after he reluctantly traipses to Cos Cob, Conn. with Betty for a dinner party at Pete Campbell’s. But it might as well be almost any CEO speaking today. From tech startups to telecom networkers to infrastructure providers to retailers to homebuilders to big industrial giants, corporate entities of all kinds are touting their renewed focus on, and in some cases move to, urban locations. That’s because we’re in the midst of one of the biggest demographic trends to hit our landscape: a global migration of wealth to cities. Here in the U.S., cities that were abandoned in the 1970s (FORD TO CITY: DROP DEAD, read the famous headline in the New York Daily News in 1975) are now shiny new beacons of wealth and gentrification. Families are raising young kids in cities, corporate giants are moving their headquarters to cities, and crime has fallen to new lows in many unlikely places. (WELCOME TO MAYBERRY, NYC, read the New York Post last year when new data came out showing crime hit record lows.) Pull the camera back, and the trend is even bigger as the global urban population will nearly double by 2050.

I wrote a book about this shift that came out last year (shameless author plug: The End of the Suburbs: Where the American Dream is Moving). In the time since, I have traveled the country visiting cities and suburbs far and wide. The trend is alive and well everywhere, from the chic urbanizing downtown of our cities (even Cleveland has three different “Brooklyn-esque” neighborhoods) to suburbs that are themselves urbanizing. The desire for proximity, for access to a downtown, to people, to that cliché good cup of coffee, to life–and perhaps above all, to not have to embark on expensive, draining commutes each day–is palpable. And it’s only getting stronger, especially among the millennials that represent the next generation of homebuyers (or renters).

We here at Fortune have a rich history covering urbanism. There was the work of William “Holly” Whyte, who wrote about the sociology of the workplace in the 1950s and who was among the first to document urban sprawl in our pages before going on to influence the shaping of public spaces in cities. And Jane Jacobs’ legendary book The Death and Life of Great American Cities began with an article Jacobs wrote for Fortune in 1958, “Downtown is for People.”

And so it is that we now bring you Fortune’s first New Metropolis, which digs deep into this shift. In this special package, we cover a lot of ground: We examine the changes urbanization, among other things, has wrought on Americans’ appetite for driving. We take you on the ground in Lagos, Nigeria, where exploding growth and innovative policies are forging a model for Africa’s urban future, and to Orlando, where an innovative residential and medical complex is rising amid Florida’s sprawl. We bring you a chat with Tony Hsieh and Scott Heiferman, two tech stars who have led on the issue of urbanism and community. And we take a close look at the smartest cities on the planet and the people who are making them that way.

It’s a lot of material, but it’s a trend that, judging solely from the number of companies and other entities reaching out to us to tout their interests, investments, and involvement in cities, shows no sign of slowing. For more coverage of the intersection of urbanism and business ongoing basis, visit The Urbanist on Fortune.com. In the meantime there’s much to explore right here in the stories that follow. Because as Draper knew in 1960s-era Mad Men and as corporate America knows now, cities are where all the action is.

A shorter version of this story appeared in the June 30, 2014 issue of  Fortune.