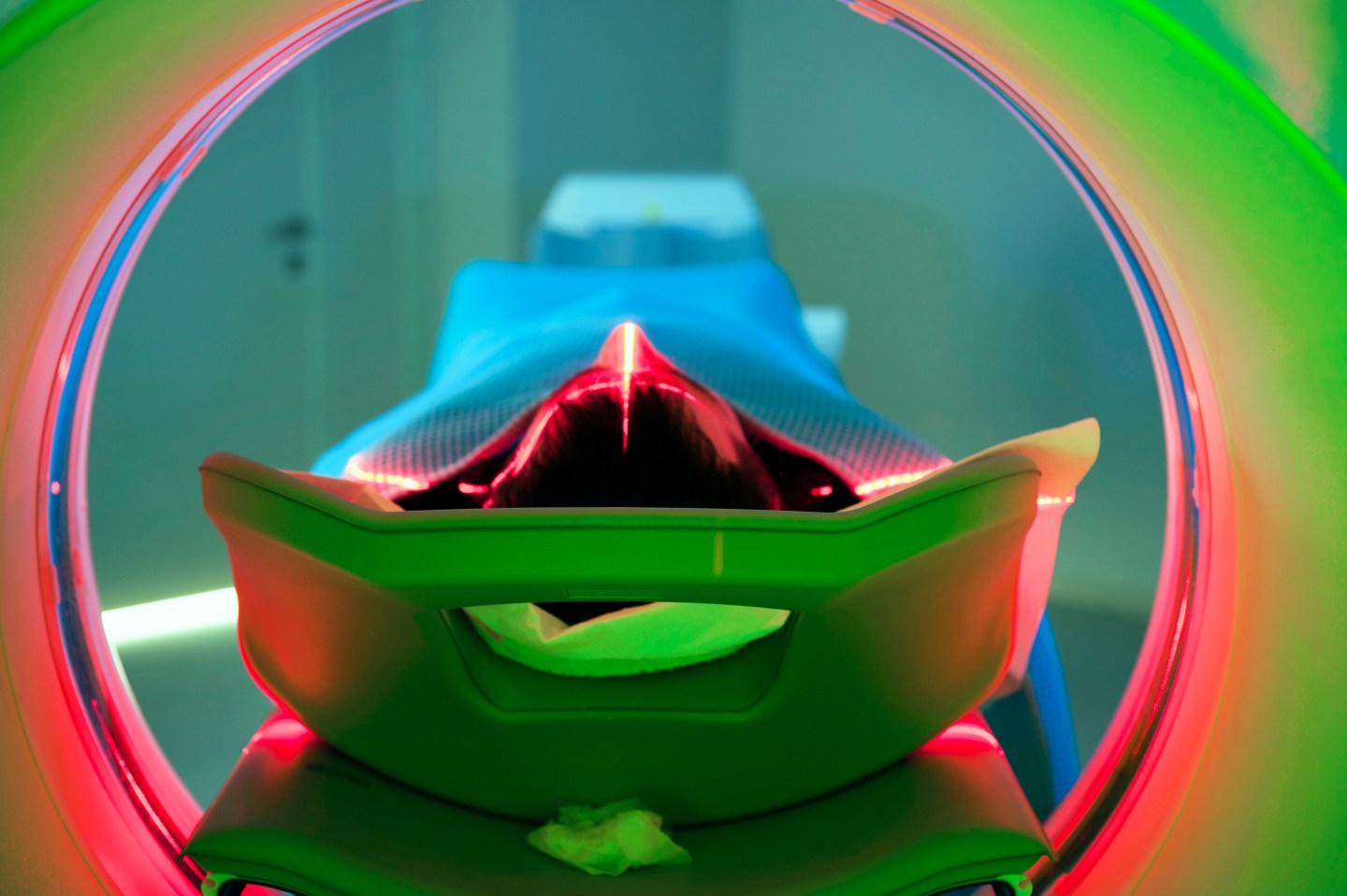 There are more than 13 million people living with cancer in the United States, according to the National Cancer Institute, but researchers and doctors hoping to develop better treatments can only learn from a tiny percentage of them, according to Nat Turner.

Along with Zach Weinberg, Turner is a co-founder of Flatiron Health, a two-year-old healthcare technology company based in New York and best known for recently raising $130 million in an investment round led by Google Ventures (GOOG). Turner believes that his company’s “cloud-based data platform” for oncology can help gather data on a disease that affects 1 in 2 men and 1 in 3 women. Despite more than a million cancer diagnoses in the U.S. each year, the field lacks sufficient data to improve treatment of it, he said.

“In America, most of the learning that occurs in healthcare is in clinical trials,” Turner said. Yet a full 96 percent of patients do not participate. “It’s a huge problem: If 100 patients walk in the door, we’re only learning from four of them.”

Information is certainly collected on the other 96%—but it is typically trapped in electronic medical records (EMR) systems and doctors’ notes, Turner said. “Our vision is to aggregate the data on that 96 percent, organize it, and make it usable by physicians, patients, and any of the stakeholders here,” he said. “Ultimately, we want to improve cancer care.”

‘Their concern is longevity’

Flatiron’s OncologyCloud platform includes an analytics section, an EMR piece that comes courtesy of the company’s recent acquisition of Altos Solutions, a patient portal, and a billing portion. Together, the technologies provide what the company calls the world’s largest single source of structured real-world oncology data and intelligence. By enabling that data to be shared in HIPAA-compliant ways, Flatiron hopes it will accelerate personalized medicine and research.

The technology is now being used by between 1,500 and 2,000 clinicians and administrators at more than 200 cancer centers, Turner said.

With $138 million raised so far, the company clearly has clearly captured investors’ attention. Flatiron’s $130 million Series B is the fourth-largest round in which Google Ventures has participated and is its largest medical software deal to date. (The firm also participated in Flatiron’s Series A round.)

Google’s interest in a healthcare company is not that surprising. Last fall, it announced Calico, an effort focused on health and well-being, and its venture arm has investments in Foundation Medicine and DNAnexus. (Google Ventures did not respond to a request for comment.)

“Google’s concern is longevity,” said Skip Snow, a senior analyst for healthcare with Forrester Research. “They believe the relationship they want to have with healthcare is a longevity play—how do we help people live longer, healthier lives?”

‘How are you possibly going to keep up?’

“We have worked with Nat and Zach before, having funded their last company Invite Media, and given their track record, we wanted to be involved in their next venture,” said Josh Kopelman, a partner with First Round Capital, which also participated in both of Flatiron Health’s funding rounds.

“The fact that they’re going after solving a problem that will have major impact in cancer care is hugely important and made it even more compelling for us to be involved,” Kopelman added. “It’s pretty rare to have a team like the one they’re building go after this kind of idea.”

There is a “seismic shift” happening toward evidence-based medicine, Snow said. “The number of possibilities for what a doctor should do about a health problem is getting unmanageable, he said, “especially in cancer, which is very complex.”

Further complicating the process is the fact that so many cancer drugs in the pipeline are biomarked, Snow added, meaning that they are tailored to physiologically impact only certain groups of people, rather than the entire population.

“If you’re an oncologist practicing in a community hospital in Nebraska, how are you possibly going to keep up with all that?” Snow said.

On the other hand, Flatiron’s “96 percent” statistic is “very deceiving,” Snow said. Most clinical trials won’t accept patients in the early stages of cancer, and even if they do, they typically are looking for a relatively uncommon form of the disease, he said.

“Not every cancer victim is a candidate for clinical trials,” Snow said. “The fact that four percent participate is not a very meaningful statistic.”

Compounding the problem: Cancer victims typically don’t know which trials they’re eligible to be in, Snow said. “Even a doctor at Memorial Sloan Kettering may not know what’s going on at Stanford,” he said.

Flatiron’s technology alerts physicians when their patients are eligible for a particular trial, Turner said.

‘The Lexis-Nexis of cancer’

Large cancer institutes such as Sloan Kettering and Mt. Sinai’s Icahn Institute are in many ways trying to do the same thing as Flatiron with their own sets of data. Those institutions are considered to have more expertise to deal with the data; Flatiron’s fundamental position is that the use of only one institution’s data, however large, is insufficient to fully address the problem.

“The fact that you have the data all in one place is one thing, but whether you can make it usable effectively is another,” Louie said. “You have to really combine the bioinformatics with a knowledge of cancer and the manifestation of the disease.”

The large cancer institutes may have more limited data sets, given that they don’t aggregate data from a variety of sources the way Flatiron does, “but I’d argue the researchers there may be more aware of the subtleties of genomics and probably can analyze the data more effectively,” he said.

There are other EMR systems that Flatiron competes with, Turner says, such as Epic. But for analytics, “I honestly haven’t seen too many,” he said. “Maybe Microsoft Excel.”

IBM is also a player, but “they’re very geared toward the top one percent and focused on decision support,” Turner said. The American Society of Clinical Oncology’s CancerLinQ is another.

Forrester’s Snow saw it differently. “Flatiron is more like an information service provider and less like a Sloan Kettering or Icahn,” he said. “The Sloan Ketterings and Icahns are saying, ‘We are the centers of excellence, the creators of the protocols and the content, and we will sell you the license to have access to our model of excellence.’ ”

Flatiron, on the other hand, “wants to be the Lexis-Nexis of cancer,” Snow said. “Aggregate the data, store it, and license it to the community with tools so you can ask the questions you need to ask.”

Which means the company is better suited to compete with Bloomberg, Lexis-Nexis (owned by Reed Elsevier), IMS Health, and Thompson-Reuters rather than organizations trusted on the subject on cancer like Sloan Kettering.

“Flatiron’s trick is they’re little, nimble, and smart,” he said, “and with $100 million, they can probably recruit good talent.” Which is exactly what Turner said he plans to do.