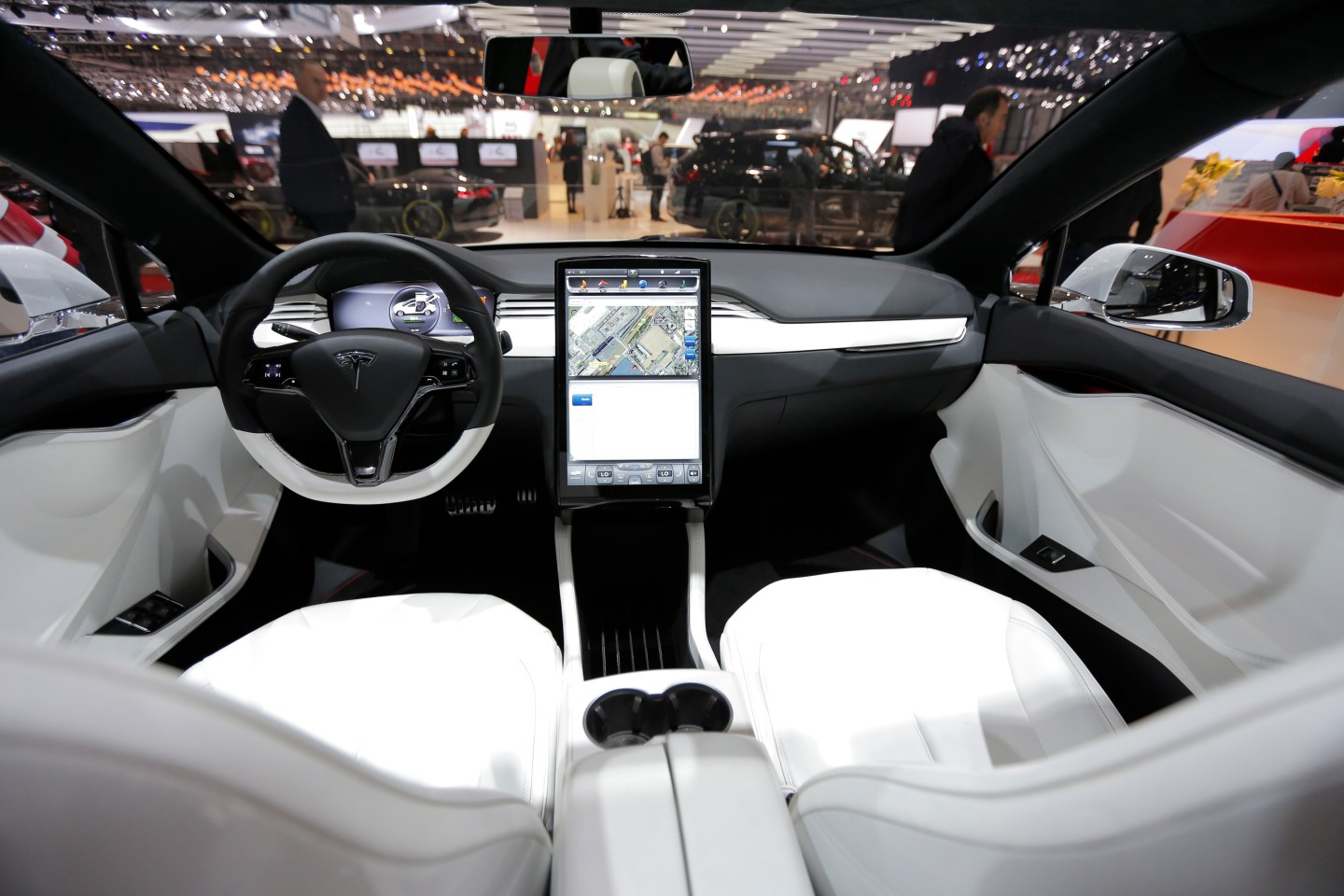 The interior of a Tesla Model X electric prototype automobile, produced by Tesla Motors Inc., is seen on display on the second day of the 83rd Geneva International Motor Show in Geneva, Switzerland, on Wednesday, March 6, 2013. This year's show opens to the public on Mar. 7, and is set to feature more than 100 product premiers from the world's automobile manufacturers. Photographer: Valentin Flauraud/Bloomberg via Getty Images
Valentin Flauraud/Bloomberg--Getty Images

That’s what inventor and automaker Elon Musk is saying today, as the Tesla Motors (TSLA) CEO said in a blog post that his company “will not initiate patent lawsuits against anyone who, in good faith, wants to use our technology.” Musk said the patents that used to line a wall in Tesla’s Palo Alto headquarters have been removed “in the spirit of the open source movement” and to help further advance electric car technology.

(The blog post is titled “All Our Patent Are Belong To You” – a nod to an early Internet meme that originated with an early ’90’s video game.)

Musk added that this announcement represents a reversal of thinking for him, as the Tesla founder used to go out of his way to obtain patents in order to protect his technology from his larger rivals in the auto industry, whose massive infrastructure could potentially push Tesla out of the market. He now says that strategy only serves “to stifle progress” in the field of electric vehicles.

“We couldn’t have been more wrong,” Musk says. “The unfortunate reality is the opposite: electric car programs (or programs for any vehicle that doesn’t burn hydrocarbons) at the major manufacturers are small to non-existent, constituting an average of far less than 1% of their total vehicle sales.”

The Tesla founder says it is impossible for his company to build new cars quickly enough to make a difference when it comes to climate change. “We believe that Tesla, other companies making electric cars, and the world would all benefit from a common, rapidly-evolving technology platform,” Musk writes.

He adds that a “determined competitor” can usually find a way around patents anyway, and that taking an open source position is the best way “to attract and motivate the world’s most talented engineers.”

The announcement comes a week after Tesla’s annual shareholder meeting, at which Musk – a billionaire who is also CEO at private space exploration company SpaceX – said he plans to stay on as Tesla’s CEO for at least another four or five years.