Internet at sea, a life for me 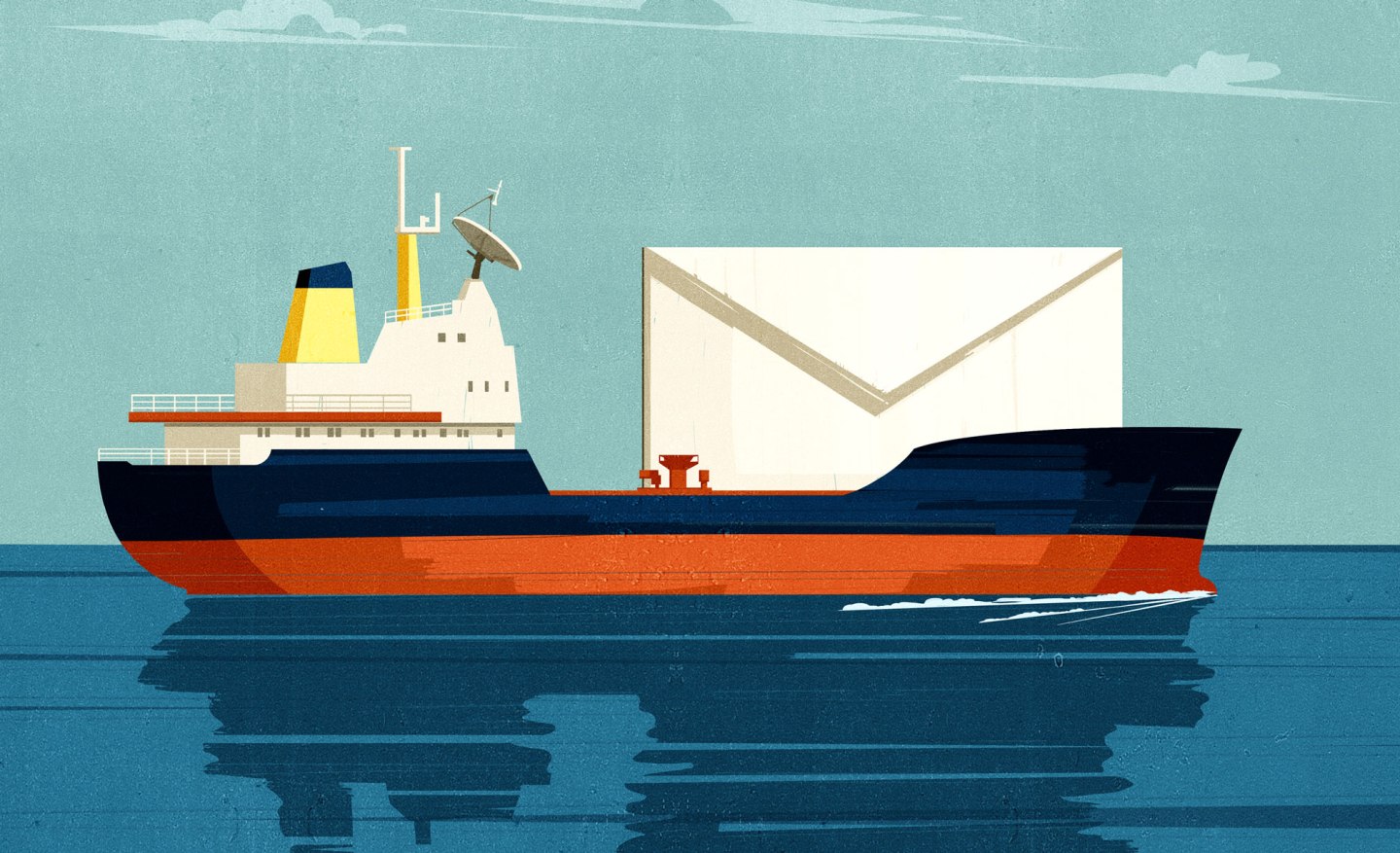 When the phone rang aboard the Hellespont Progress, a tanker ship bobbing in the Atlantic Ocean, Captain Amo Antonio picked it up. The voice on the other end was strong and crisp. This was no small feat. A call to a commercial ship 1,000 miles from land usually sounds garbled. Worse, it can cost several dollars a minute. This call was as clear as day. And it was dirt cheap.

Antonio was able to do this because his ship is outfitted with a C-Bird antenna. The device, which is designed by a Brooklyn-based company called Maritime Broadband, gives commercial vessels high-speed Internet access at a relatively low fixed cost. Antonio, who has been working on ships since 1974, said the old phone technology made it hard to communicate. With VoIP, “it seems like you are working on the land,” he says.

The C-Bird is the brainchild of Zevi Kramer, a telecommunications engineer who learned that commercial shippers faced a lack of affordable Internet access. After years of work, he developed a very small aperture terminal antenna that worked on the so-called C band of frequencies, often used for satellite communication and considered reliable in rainy conditions.

Internet access on ships has been available since the 1990s but at a steep per-kilobyte cost. Ships had to be careful about how much data they used, lest they run up the bill. With the C-Bird antenna, Maritime Broadband upended the business model, offering a flat rate for unlimited data usage starting at $400 a month with a $900 monthly equipment lease.

“They really pushed Inmarsat, the 500-pound gorilla,” says Jim Lawrence, chairman of Marine Money International, a firm that tracks the industry, of the market leader. “Before Maritime Broadband, there really wasn’t price and performance competition.” (Inmarsat declined to comment.)

The C-Bird innovates in other ways. For one, it is much smaller than conventional antennas, saving space on deck. It also smartly protects its sensitive parts within its housing; similar antennas require a pricey external shield called a radome. Furthermore, one of its three axes–which are used to position an antenna on a constantly shifting object like a ship–is virtual, using predictive software instead of a motor to control for position. Finally, the C-Bird ships in parts, allowing crews to assemble it themselves and avoid an expensive crane rental in port. “We provide a turnkey solution for commercial ships at sea to have Internet,” says Mary Ellen Kramer, Maritime Broadband’s chief executive.

Sounds like a lot of trouble for a simple phone call, but that’s precisely the goal. A well-run ship turns over 20% of its crew, industry veterans say. And some jobs, like those in the oil and gas industry, require a company’s officers to have years of service to qualify for a contract. Internet connectivity gives crews a way to stay in touch with the rest of the world while at sea, helping improve morale and crew retention, according to a 2011 Deloitte report that outlines challenges for the maritime industry.

To date, only nine ships have installed C-Bird, but Maritime Broadband says it is in talks with some 3,000 vessels. “In an industry that hasn’t had a revolution since going from sails to motors,” Lawrence says, “this is the biggest thing to happen in a long time.”