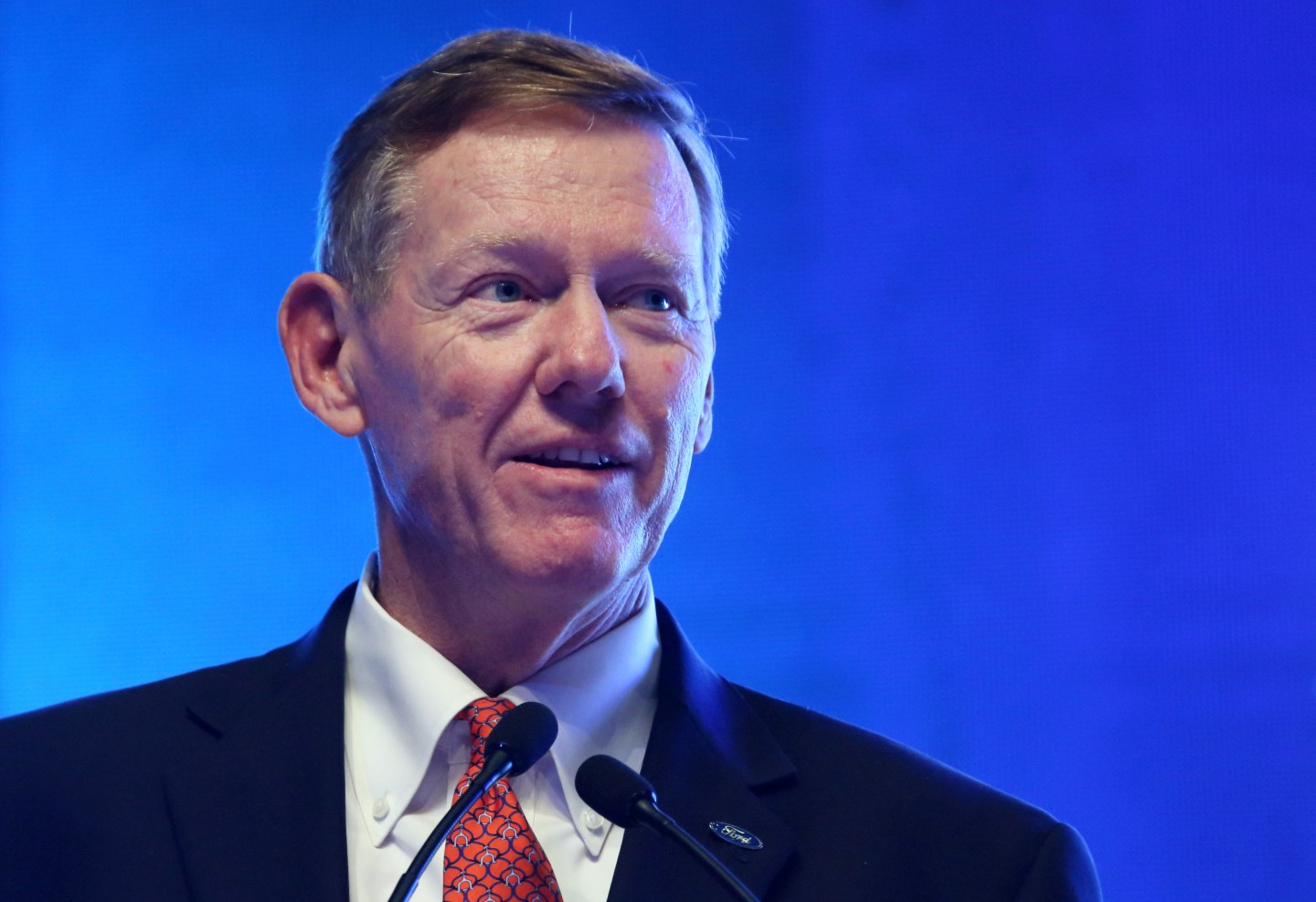 Alan Mulally, president and chief executive officer of Ford Motor Co., speaks during a session at the Global Automotive Forum in Wuhan, China, on Friday, Oct. 18, 2013. Mulally today said his plans to stay at Ford through 2014 has not changed. Photographer: Tomohiro Ohsumi/Bloomberg via Getty Images
Tomohiro Ohsumi / Bloomberg / Getty Images

Lampert sought Mulally for advice on turning the lagging retailer around, people familiar with the matter told Reuters.

The Sears’ chief also may have been weighing Mulally’s interest in taking over the top spot at Sears, one source said, although there’s no CEO search process underway and Mulally wasn’t offered the job, the second source said.

Mulally, who is set to retire from Ford in July, is credited with turning the automaker around to make it the nation’s No. 2 car company, coming out of the financial crisis stronger than it’s U.S. competitors GM (GM) and Chrysler, which both went into bankruptcy and had to be bailed out by the government.

Lampert may be hoping Mulally can do the same for Sears, which was once the largest retailer by revenue. Over the past several years, Sears’ sales have shrunk as it has faced rising competition from rivals such as Target (TGT), Wal-Mart (WMT) and Amazon (AMZN). Sears has also struggled to find a chief executive who can wade through the changing retail landscape where leaders need both online and brick-and-mortar expertise.

“There’s been no discussion that Lampert’s looking for a new CEO, but Lampert is not a real retail executive,” said Mary Gilbert, a managing director at Imperial Capital. “He comes from Wall Street.”

Mulally, who served as CEO of Boeing before his time at Ford, has “a very good reputation,” she said.

This wouldn’t be Mulally’s first or only offer. He’s a popular guy in the top echelons of corporate America and has signed non-disclosure agreements with several companies as he figures out his next leadership role, one person said.

“When I graduate on July 1st, I’m really going to think about where I’m going to serve next,” Mulally said on CNBC Friday. While, he’s “honored to be asked about Ford’s transformation” by Lampert, Mulally said he is focused “100%” on the management transition at Ford right now.

That still leaves Lampert on the warpath as he focuses on building Sears’ internal talent pool. To date, he’s added top names such as Arun Arora as head of home services business and Norman Miller to run automotive services. Arora was previously the general manager of global e-commerce for Staples (SPLS), and Miller was president and COO of Dollar Financial (DLLR).