The ECB goes all in, King high 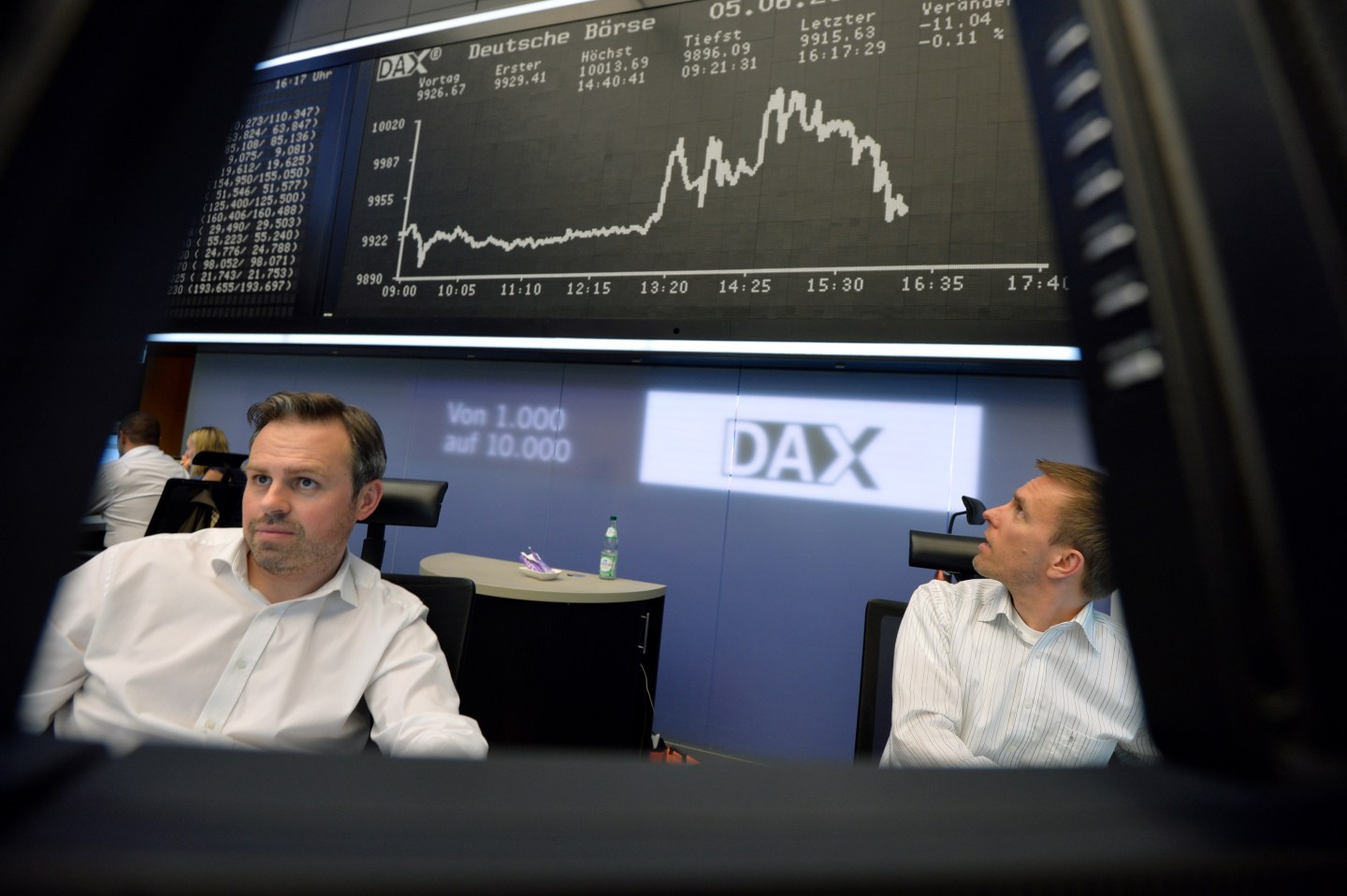 The European Central Bank plunged into unknown waters Thursday, cutting its official interest rates and unveiling a raft of other measures in an attempt to revive the eurozone’s flagging recovery.

The ECB cut the main rate at which banks borrow from it from 0.25% to 0.1%, a new record low, and in a more radical move, cut the rate on its overnight deposit facility to -0.10% from zero, essentially charging banks whenever they park funds with it, instead of putting them to work in the economy.

Such moves have been tried before by smaller countries such as Sweden and Denmark-with mixed results-but never by a central bank with global clout.

At his regular press conference later, ECB President Mario Draghi also announced a raft of other, “unconventional” measures to bolster the effect of the rate cuts.   Taken together, the steps add up to a small amount of stimulus now, with the possibility of something more powerful later, analysts said. Financial markets initially reacted enthusiastically to the news, but later pared their gains as they realized how little of the stimulus would be immediate.

The euro, which fell sharply as Draghi announced his measures, rebounded to hit a new high for the day within an hour after he finished speaking.

Stock markets in southern Europe, where the measures will have the greatest effect, rose, but the German DAX index quickly fell into negative territory on fears that the measures would hurt the profits of banks and insurers.

Hans-Werner Sinn, a professor at the Munich-based ifo institute, called the measures “a desperate attempt to divert capital flows to southern Europe with even cheaper money and penalty interest rates on deposits.”

Draghi himself warrned that the measures were no substitute for the structural reforms and lower taxes that the eurozone needed to restore its economy to health, and which still seem as far away as ever in some of the euro zone’s 18 countries.

To ensure that the cuts in interest rates bite, Draghi also announced a measure that will inject around €100 billion ($136 billion)  to the banking system.

This increase in liquidity, the nearest the ECB came to Fed-style “quantitative easing”, will allow banks to borrow euros more cheaply from each other. Among other things, that encourages the use of euros to fund so-called ‘carry trades’-borrowing low-yielding currencies in order to buy other, higher-yielding ones. If enough banks do that, it could finally drive the euro down, making life easier for exporters, and raising inflation, which at 0.5% in May, is too far below its targeted level of just under 2%.

The ECB had hoped that, with the U.S. growing and the Federal Reserve starting to wind down its stimulus program, the dollar would start to rise against the euro, but that failed to happen as bad weather actually led to the U.S. economy contracting in the first quarter.  By late 1215 EDT, it was at an intraday high of $1.3627.

In addition to the rate cuts, Draghi said the ECB would offer a series of auctions of long-term liquidity for banks over the next two years, starting in September- provided they use it to refinance loans to companies and consumers. Mortgage loans, which caused Spain and Ireland so many headaches, won’t be eligible for the scheme, nor will bonds or loans to governments.

Draghi also promised that banks would be able to borrow as much as they want from the ECB at least until the end of 2016, which will hold euro rates down well past the time by which markets expect the Federal Reserve to be raising them. But as far as bond purchases were concerned, he said nothing about buying government debt and he said that the ECB’s plan to buy asset-backed securities was still being developed.

But economist say it’s unlikely that the ECB can put together a bond-buying program big enough to make a difference.  Kim Schoenholtz, a professor at NYU Stern School of Business, said it would need a program of around €1 trillion to have a “meaningful impact” on the markets and the economy. Doing that would mean buying all manner of low-quality assets off banks and creating a political storm.

Perhaps sensing that his measures were, yet again, more bark than bite, Draghi stressed that there could still be more to come if the economy failed to react.

“It’s a significant package, but we aren’t finished,” Draghi said, although he did indicate that the bank wouldn’t cut interest rates any further. “For all practical purposes, we are at the lower bound,” he said.