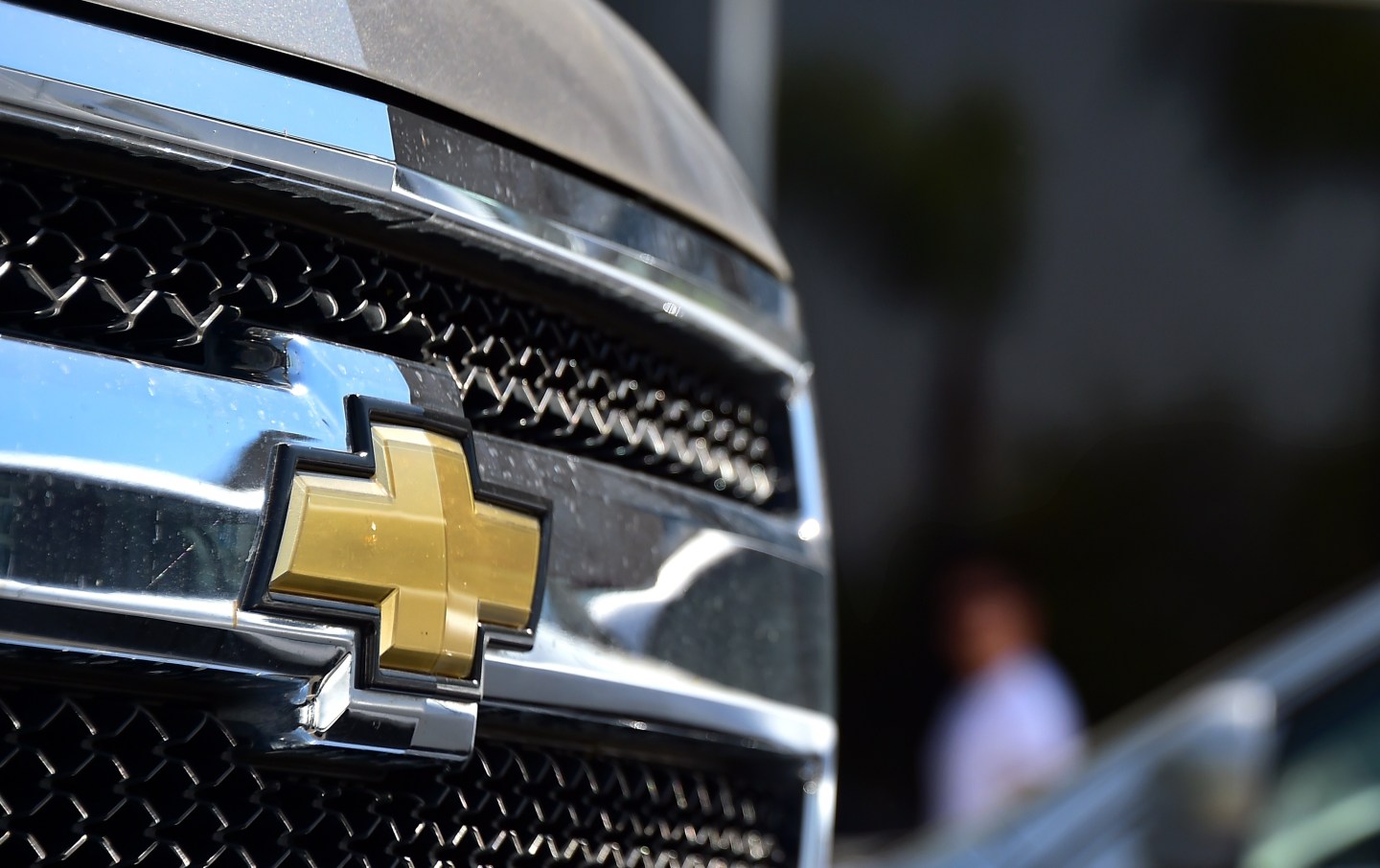 A man walks past cars parked outside a shopping mall in Alhambra, California, including a Chevrolet Silverado pickup truck from General Motors on left on May 16, 2014. The US auto safety regulator Friday imposed a record $35 million fine on General Motors for its failure to promptly recall cars with ignition faults linked to at least 13 deaths. General Motors has issued yet another recall on its 2014 Chevrolet Silverado and GMC Sierra pickups, this time for a steering issue that could cause a sudden crash. AFP PHOTO/Frederic J. BROWN (Photo credit should read FREDERIC J. BROWN/AFP/Getty Images)
FREDERIC J. BROWN AFP/Getty Images

Despite recalls and government fines, General Motors (GM) had a strong month on the sales lot in May.

The manufacturer moved 284,694 vehicles in the U.S., a 13% jump from May 2013, according to the company news release. This represents the best May GM has seen since 2007 and the carmaker’s best month overall since August 2008.

Cars sold to individual buyers were up 10%, while fleet sales were up 21%. This is expected to be the biggest month of fleet sales for GM in 2014.

Overall, May was another month of strong U.S. auto sales, continuing a trend that will likely see sales for the year reach 16.7 million units, according to data from Wards Auto. That’s the strongest pace since February 2007 and significant recovery from the drop in sales that followed the financial crisis, when car sales bottomed out at 10.4 million units sold in 2009.

According to Wards Auto, 1.6 million cars were sold in the U.S. in May. The strong monthly gain suggests rising consumer demand and may point to a wider recovery in the U.S. economy.

“The momentum we generated in April carried into May, with all four brands performing well in a growing economy and 17 vehicle lines posting double-digit retail sales increases or better,” said Kurt McNeil, U.S. vice president of GM’s sales operations.

Indeed, in addition to hitting the beach and firing up the grill, it seems Americans spent a lot of time on the car lot over Memorial Day weekend.

Other automakers capitalized on the warm weather. Chrysler said its sales were up 17% in May, reporting a total of 194,421 units sold. Included in that number were more than 70,000 Jeeps, the first time Jeep has ever topped that number.

All of GM’s major brands saw sales rise, with Buick having its best month since 2005 and Chevrolet and GMC posting their best numbers since 2007.

This might be the first good news GM CEO Mary Barra has heard since April sales were reported. Last month, GM was fined $35 million by the Department of Transportation and recalled 2.4 million more cars.

Steve Brown, managing director at Fitch Ratings, said that in this day and age companies can actually convince customers not to run from their brands after recalls.

“This message of new GM versus old GM may be kind of registering with them,” he said.

Dave Winslow, vice president of digital marketing with Dealer.com — the digital marketing division of Dealertrack Technologies — said that by being transparent, manufacturers are able to assuage the fears of customers who may have previously been put off by recalls.

“Consumers are becoming more savvy,” he said. “They actually will [go] to some research sites.”

Winslow said that his firm’s data backs up the idea that consumers are doing more research. He said that year-over-year Dealer.com saw a 28% increase in people visiting the Vehicle Details Page for a specific car on a lot, where they could check out everything the need to know about a potential purchase.

Brown also pointed out that with so many different companies having recalls in the past few years, customers may figure that the chance of getting a car recalled may be the same no matter what manufacturer they buy from.