5 ways to liberate your team from email overload 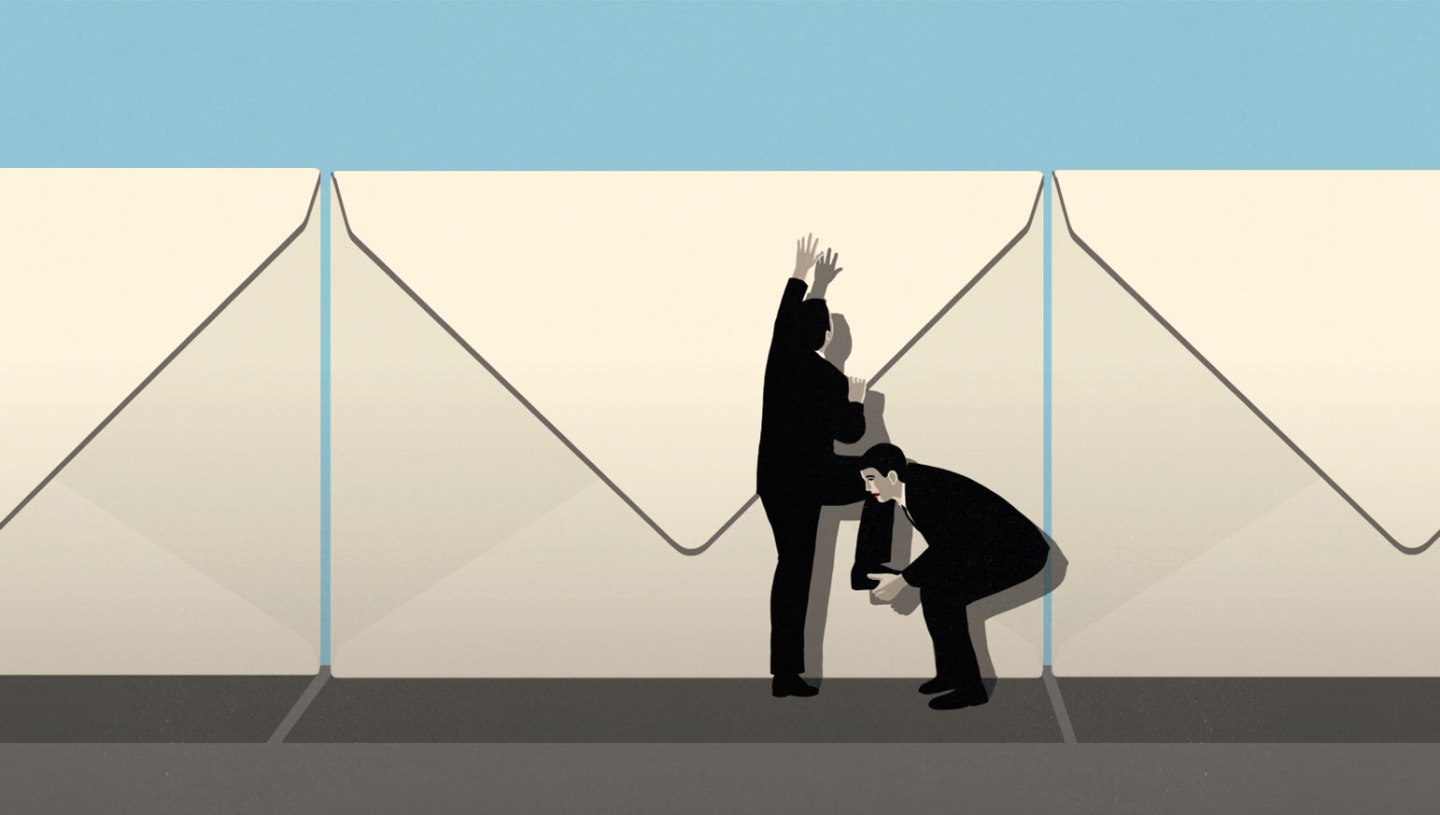 Gather everyone for a 15-minute huddle at the same time every day or week. With the right people in the room, it’ll take you seven minutes to resolve issues that might otherwise lead to an hour and a half of emailing back and forth. Plus, since you all know when you’ll see each other next, you’ll spend less time messaging one another to set up other times to talk.

Be nitpicky! It’ll keep everyone from wasting time searching in-boxes for lost messages. To set up a June 15 call about your budget, use the subject line “June 15 call re: budget.” If the date switches to June 17, take three seconds to update it in the subject line. And when you get an email with a vague subject line like “Two questions,” change it to something more precise in your reply.

Keep emails Twitter-tight, and tell your team not to send you missives that you have to scroll through, advises Joseph McCormack, author of Brief: Make a Bigger Impact by Saying Less. “Write them on a smartphone, for a smartphone,” he suggests. And don’t barrage employees with giant attachments. Instead, take a cue from Jeff Bezos: Read the material silently at the start of a meeting — then discuss it on the spot.

More than 43% of professionals abandon complicated emails in the first 30 seconds, according to McCormack’s research. “They either pause and say, ‘I’ll get back to it later’ — or don’t read them,” he says. Ask your team to stick to one topic per email and to send a new message for other, unrelated requests. And if you get a three-part message, respond to each one with a separate, accurately renamed email.

Long acknowledgments or thank-yous can lead to email clutter — but no one wants to be rude by leaving messages unacknowledged. To thank someone or answer a simple yes-or-no question, put your response in the subject line followed by “(EOM)” — short for “end of message.” Recipients will know they don’t need to open the email. Hint: Spell out EOM the first time. It’ll save you from getting a bunch of responses asking what “EOM” means.

Verne Harnish is the CEO of Gazelles Inc., an executive education firm.