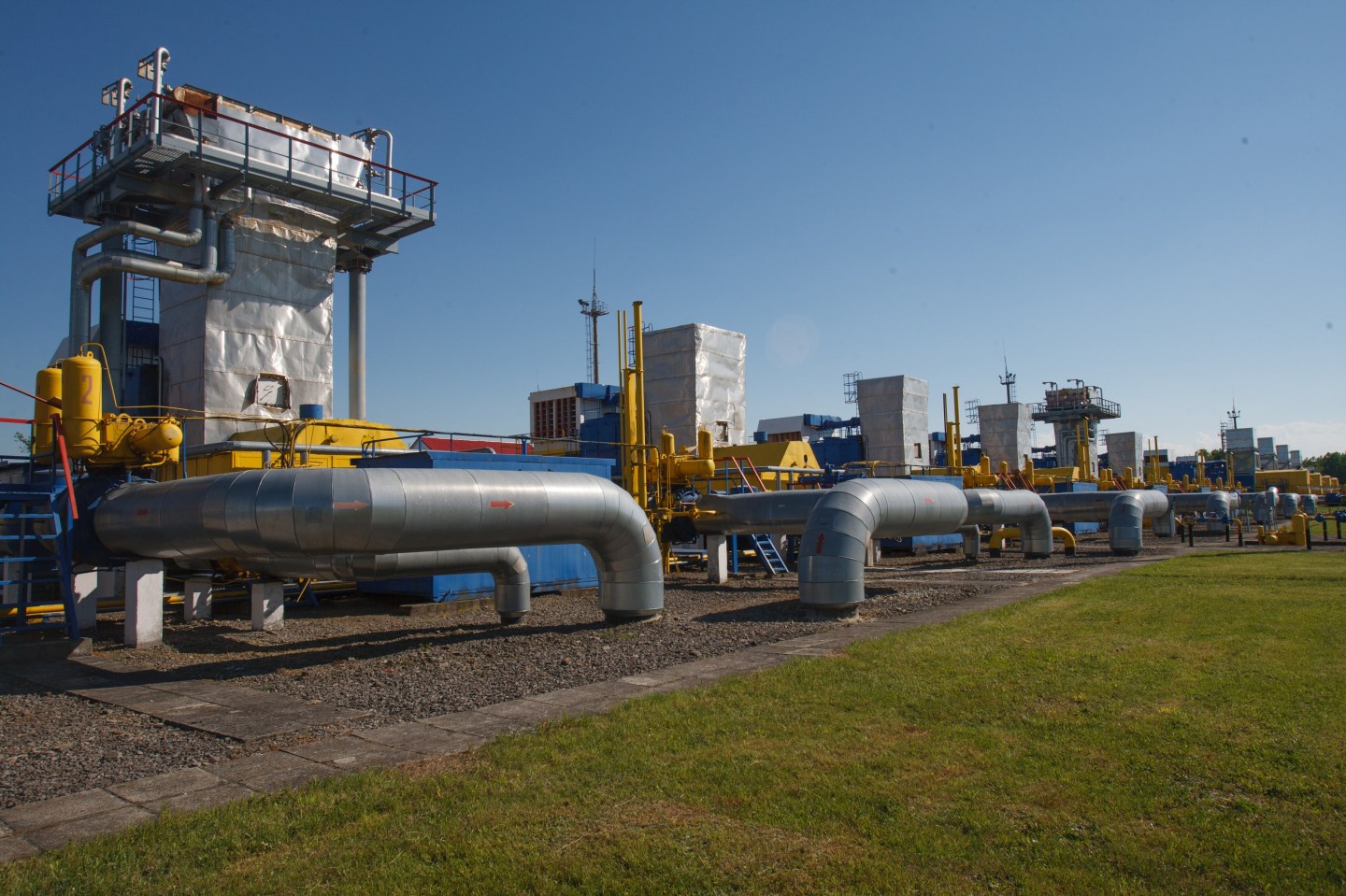 Russian natural gas monopoly OAO Gazprom has shelved plans to cut off supplies to Ukraine, after receiving a partial payment of $786 million dollars for past shipments.

Gazprom chief executive Alexei Miller Monday told reporters that the company would not start legal proceedings this week against its Ukrainian counterpart. That gives the two sides some precious breathing space in which to hammer out a more lasting deal.

It also means there should be no interruption of Russian gas flows to Europe later this week while President Vladimir Putin attends celebrations to mark the 70th anniversary of the D-Day landings in Normandy. Putin is expected to meet with both UK Prime Minister David Cameron and French President Francois Hollande.

The Russian stock market hit its highest level since February on the news, with Gazprom shares rising 2.4%, as participants took the move as a sign that the Ukraine crisis may be easing. Russian President Vladimir Putin had said that payment of Ukraine’s gas debts would be “a good start” to rebuilding normal relations between the two countries after Ukraine’s presidential elections May 25.

That election was convincingly won by the billionaire businessman Petro Poroshenko, the central election commission confirmed Monday. Gazprom had threatened previously to sue its Ukrainian counterpart Naftogaz Ukrainy in an international arbitration tribunal in Stockholm for non-payment.

The company had sharply raised its price to $485 per thousand cubic meters after the overthrow of pro-Russian president Viktor Yanukovych in February, and based on that price now reckons that Naftogaz owes it over $5 billion. It said at the time that the move was allowed under the terms of its contract with Naftogaz, which has been a chronic late payer in the past.

Naftogaz itself is planning a countersuit in order to be billed at the previous, more advantageous price of $268.50 per thousand cubic meters. Gazprom’s financial statements suggest its European customers paid an average price of around $350 last year.

Ukraine’s economy is close to collapse and the government is being kept afloat by loans from the EU and International Monetary Fund. The central bank announced further restrictions Monday on the withdrawal of local currency from bank accounts and extended a cap on foreign currency purchases for another three months.

Despite signs of detente on the gas front, the picture elsewhere remained tense as ever elsewhere, with heavy fighting around the eastern Ukrainian city of Luhansk, only 10 miles from the Russian border. Luhansk is one of two eastern Ukrainian regions, along with neighboring Donetsk, where separatists have seized power and proclaimed independence.

Ukraine’s border guard service said that around 500 separatists with machine guns and rocket launchers had attacked its regional headquarters. Ukraine’s airforce then launched an airstrike to relieve the border guards, causing numerous fatalities, according to Russian reports.

Dmitry Tymchuk, head of the Center for Military-Political Studies in Kiev, said on his Facebook page that the attack had been designed to stop the border service from patrolling what is a long and porous border with Russia.

There have been frequent reports of attempted incursions into Ukraine by informal militia from the Russian side of the border over recent weeks. In Moscow, Russia’s foreign minister said he would put a draft resolution to the UN Security Council later Monday calling for an immediate end to hostilities and the creation of corridors for humanitarian aid.

“Our western colleagues tried long and hard to persuade us that everything would calm down as soon as the presidential elections had taken place, but exactly the opposite is happening,” Sergei Lavrov told reporters.