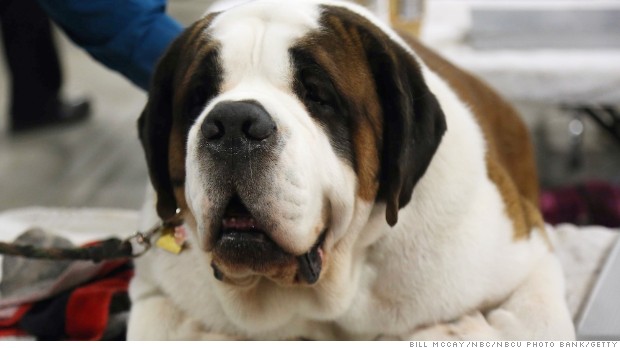 FORTUNE — At first glance, pet food might appear to be an enviably sedate industry. Although it was plunged into turmoil seven years ago with the discovery of contaminated ingredients, the market regrouped and has grown steadily as more people treat — and feed — dogs and cats like members of the family.

But underneath the seemingly serene surface, disputes are roiling the multi-billion dollar industry as larger, established marketers contest claims made by the upstarts. At least one newcomer is fighting back.

Purina Petcare Co., the pet-food giant founded 85 years ago, is taking on Blue Buffalo Co., which sells premium pet food, with a lawsuit filed in federal court accusing the upstart of falsely advertising its products and disparaging competitors.

Founded in 2003 by William Bishop, Blue Buffalo has backing from the private equity firm Invus Group. The Wilton, Conn.-based company had around $600 million in revenue last year, largely from sales of its Blue Basics line for pets with food allergies, its Wilderness line, which has a higher proportion of meat, and its grain-free Freedom products.

Purina, which is owned by Nestle and sells Beneful, Dog Chow, and a slew of other well-known pet products, is bristling over Blue Buffalo’s aggressive marketing tactics. The smaller company touts its use of the “finest natural ingredients” and knocks its competitors by name.

MORE: In an Amazon-Hachette standoff, the customer comes last

The lawsuit comes at a time when pet food brands are proliferating, with celebrities like chef Rachael Ray getting in on the game. As animals become a more central part of family life, concern for their welfare is driving demand for healthier and safer pet nourishment. This year, American consumers will spend some $23 billion to feed their pets, according to the American Pet Products Association, with more willing to spend larger sums for food with premium ingredients.

Pet owners got a major jolt when it emerged in 2007 that contaminated ingredients from China caused kidney failure in thousands of cats and dogs. As a result, many pet owners began paying much closer attention to food ingredients and to smaller companies that offered purer “human grade” ingredients.

“Consumers began to search out superior nutrition for their pets and avoid ingredients that might be harmful to dogs and cats,” says David Sprinkle, research director at market research firm Packaged Facts. “The pet parenting culture occurred at the same time consumers were also gravitating towards organic ingredients for themselves.”

Consumer concerns have underpinned the steady 5% growth rate the pet industry has enjoyed in recent years, with brand titans such as St. Louis-based Purina and Mars Inc. (which recently purchased Iams and Eukanuba) accounting for a sizable chunk of pet food sales, according to research firm Euromonitor International.

Even so, smaller competitors have been flourishing — even with heftier price tags on their products. Blue Buffalo’s stellar rise stems from its packaging and advertising, underscoring claims that its products are healthier because they contain no chicken or other poultry by-products. The company, which sells its food in pet specialty stores, advertises its claims in a chart that names competitors and scores their product ingredients against those of Blue Buffalo. Rival products — predictably — come up short against Blue Buffalo.

Blue Buffalo’s comparison chart, which is called the “True Blue Test,” rates rival products on five ingredients, including the inclusion of vegetables and fruits and chicken meal. The chart claims that Blue Buffalo is the only brand to fulfill all five criteria.

In mid-March, the industry group found that some of Blue Buffalo’s claims were misleading and urged the company to correct such allegations in its advertising. After an appeal, the firm made some adjustments to its marketing claims. Even so, Purina went to court, where it pulled no punches and said in its legal papers that “Blue Buffalo’s brand is built on a platform of dishonesty and deception.”

Within a few days, Blue Buffalo struck back with a countersuit, accusing Purina of an “unfounded attack” on its integrity and product quality.

“I can assure you that we’ve never purchased one kernel of corn or one ounce of poultry by-product meal … two ingredients that Nestle Purina claims to have found in our food,” Bishop, the company’s founder and chairman, wrote on the company’s website.

Bishop, who did not respond to a request for comment, accused Purina — which largely sells its products in grocery and discount stores — of counting on “impulse purchases” that “are driven by pretty package designs that avoid the truth of what’s actually in the bag.

“Their Beneful brand is a great example of this type of sleight of hand, as the front of the bag features real beef, chicken or fish,” he wrote, “while the ingredient listing features corn and chicken by-product meal as the leading ingredients.”

Purina insists that its commitment to its four-legged clients is not “a marketing ploy or advertising slogan.”

“At Purina,” says Steven Crimmins, the company’s chief marketing officer, “what goes in the bag goes on the label.”

It is unclear whether the spat will wind up in court, but while the two companies busily swap charges in public, Blue Buffalo is positioning itself for a major change. The company is exploring an initial public offering and earlier this year hired several top-name banks to advise it.