How FutureAdvisor plans to shake up wealth management 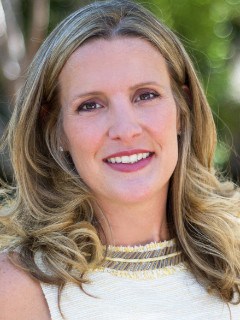 FORTUNE — FutureAdvisor, the digital investment management service, announced today that it had raised $15.5 million in a series B funding round led by Rebecca Lynn of Canvas Venture Funds. Canvas joins fellow venture firm Sequoia Capital, which initially seeded the San Francisco-based startup two years ago with a $5 million investment.

FutureAdvisor, founded by Bo Lu and Jon Xu in 2010, is among a growing number of online investing services aiming at rationalizing the opaque and fee-crazed world of personal wealth management. The company uses an algorithm to analyze the various retirement and brokerage accounts held by an investor and then makes investing recommendations based on their personal goals. The program can tell investors how to best divvy up their assets and can also suggest new investment funds that can potentially save them thousands of dollars in fees over the lifetime of their investment. The program can even execute trades on behalf of its clients for a monthly fee.

Since coming out of beta testing last September, FutureAdvisor has grown its assets under management (AUM) by a whopping 900% to $110 million.

Rebecca Lynn, who led the fundraising round for Canvas, is no stranger to the online financial marketplace. She got her start in this space as vice president of marketing for NextCard, the first online credit card company, during the dot-com boom years, later taking the company public in 2000 with a $1.3 billion market cap. She has since led venture funding rounds for companies like Lending Club, which has become the largest peer-to-peer loan company by volume.

Lynn sat down with Fortune on Tuesday to discuss her latest investment in FutureAdvisor, her feelings about the future of the online wealth management industry, and her thoughts on being one of the only women on Sand Hill Road’s notoriously geeky male dominated culture.

The following interview has been edited and condensed.

FORTUNE: How long have you been thinking about doing this deal?

Rebecca Lynn: We have actually been looking to invest in this space for no less than four years. We had a pretty clear idea of the model of what we wanted to get behind, but sometimes it takes a while to find the right company.

How does a company like FutureAdvisor fit into your venture portfolio?

We have had this thesis of the disintermediation of the banking and wealth management for a long time. Lending Club was my first investment in this space under this thesis. Check [formally Pageonce] was my second and now this is my third.

FutureAdvisor isn’t the first company to try and eliminate the middle man in portfolio management. Why bet on it as opposed to others?

I know there are other companies in this space and that FutureAdvisor was later to market than most of them. But part of where we invest, and I was taught this at Procter & Gamble, is with companies that have a “second-mover” advantage.

Yes. Think about it. There are actually very few companies that you can truly say were the first movers in their field. Not Google, Not Yahoo, Not Facebook, Not Apple — the list goes on and on. Often times you can see a company come in and they get the product ‘more right’ than the first mover. They are then able to go out in the market and run faster.

So what makes FutureAdvisor different from other popular online portfolio management sites, like Betterment?

FutureAdvisor’s approach to the market made a lot of sense to me because they are not asking people to liquidate their accounts and move over to a new platform like most of their competitors do. Such moves can create all kinds of problems, especially negative tax implications.

What FutureAdvisor is doing instead, is they are laying on top of these existing accounts to where you don’t have to make any changes unless you want to. Because there is less friction for people during the setup process, FutureAdvisor actually has a higher average account size than its competitors at around $150,000 because they are managing one or more accounts that an individual may have.

Betterment is really interesting but it works a bit differently because you actually have to add cash. They then encourage people to add more cash to their Betterment account month over month.

But with FutureAdvisor, you’re not just transferring cash, you’re transferring an entire investment account. That means you’re going to have a higher average account balance. So when FutureAdvisor goes to acquire new customers, they can afford to be more aggressive by outspending their competitors.

Who is FutureAdvisor targeting here?

This is a huge space — U.S. investors have $13 trillion in mutual funds that are unadvised.

And if you try and go out and have somebody manage $100,000 in liquid assets, you will really have a hard time to find a wealth manager who will even take you. Believe it or not, people with $500,000 to a million dollars of liquid assets are having that problem too and if they do end up finding an advisor willing to take them, they are going to charge them a lot of money.

The other thing is that if you have a ton of money there is no way after the Madoff scandal you are going to put all that money in one person. You’re going to split that money up between five people. Well, if you’re looking to downsize and you have $100,000 to $500,000, you don’t have enough for one person to take you, much less five.

So I think it is a lot less risk for an individual to go with a FutureAdvisor to invest their money in the market. That person now gets diversification, it minimizes their fees, which can really eat into their returns over the lifetime of the investment. So it maximizes their returns — this is why the product made so much sense to me.

Will the banks and brokerages feel pain if FutureAdvisor is a success? Do you fear any retaliation on their part to protect their turf here?

You know, we had the same question early on with Lending Club — will the banks retaliate? But this is really not their business. They haven’t retaliated; in fact, Lending Club has found ways to work collaboratively with the banks. So I think with FutureAdvisor it will be the same thing. But what we have seen is these investment management companies invest alongside us and what I think will end up happening is that they will find a way to play together. FutureAdvisor is disrupting, but at the same time, they will find ways to work with the financial service companies.

There really isn’t many women venture capitalists out there, especially in Silicon Valley. Do you think being a woman gives you a different investing perspective compared to your male counterparts?

Well, there is only 3% of us in venture capital. Actually 4.2% if you include corporate venture but only 3% on Sand Hill Road.

I do think I bring a different perspective to the table often in terms that I’m a mom; I have three kids; I am from the Midwest; I grew up in a family of farmers where my parents didn’t go to college. I think I bring a very different overall opinion of what works and what doesn’t work.

In terms of FutureAdvisor – this makes sense for Middle America. I think too often on Sand Hill Road people “Geek Out” on these really cool technology things, like Tesla. And I look at that and I think, ‘That’s just not America.’

But I do think being a mom and being a woman helps and forms some of my decisions in terms of products and what’s really going to resonate. Around 80% of household spending decisions are made by women. I am very intuitive and I think that it is that intuitive piece that helps me with people. So much of early-stage investing is betting on the person and the team and ‘can they do it?’ I didn’t use to say this because I thought it was too ‘hokey,’ but I do think that being a woman helps me a bit with that.