New Emory dean to women: “There is no one way to do your life!” 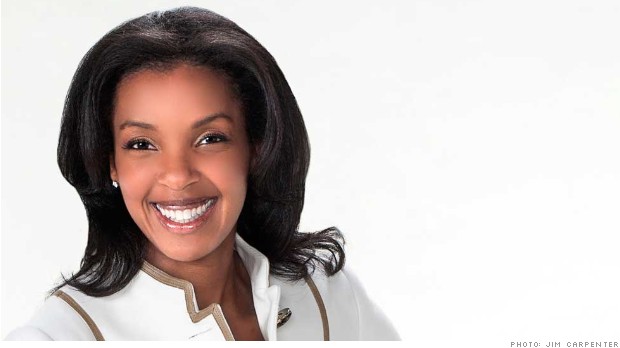 FORTUNE — Erika Hayes James never thought she would end up with a career in academia. After finishing her doctoral dissertation at the University Of Michigan in 1995, the Bermuda-native pursued job offers in the corporate and consulting world. Yet a well-trusted advisor asked that she tried working as a professor for just one year. James decided to give it a go.

Twenty years later, James finds herself making history as the first African-American woman to lead an elite American business school. Calling herself the “accidental academic,” James will become dean of Emory’s Goizueta Business School on July 15th. In an exclusive interview with Fortune, James discusses her plans for her new role as well as the role she sees herself playing to correct the diversity imbalance plaguing business education.

How did you react when you found out you got the job as dean of Emory?

The reaction was one of pure joy for me and for the opportunity this creates for Goizueta. There is such a strong alignment with my vision and the school’s visions and needs. The overarching values of the school are focused on principle leadership, integrity and ethics and excellence in all dimensions. Excellence is what it’s trying to create for the students at the school and excellence in the faculty and that’s something that I’ve tried to make a cornerstone of my own career. It seemed like a natural fit.

Has the historical significance of your appointment as dean to a top business school impacted you at all?

Going through the process, it really had not. But after seeing the press and how people are reacting to my appointment as a woman an an African-American leading a top business school, it has. When I see it in print, the reality of what that really means hits me. It is not something I spent a lot of time contemplating, but I see why it is so significant. I want to make sure to live up to the expectations I have for myself and the expectations that everyone who cares about business education have for me for this role.

MORE: Jill Abramson tells graduates to “show what you are made of”

What are your thoughts on gender imbalance in American business schools?

I have been a faculty member or a student in a number of business schools throughout the years. In a number of those, there have been a pretty sizable imbalance between women and men at the student level and women and men at the faculty level. It is an environment that I am familiar with, but we have a real opportunity to change. Having more women exposed to business and seeing business education as a viable career opportunity will certainly be a key driver that I have in this role. It will be part of my responsibility as a woman leading an elite business school.

What was your reaction to last year’s New York Times’ coverage of Harvard Business School?

The fact that there was media attention is not surprising. It is a salacious topic that came on the heels of Sheryl Sandberg’s book and the topic of women and business is timely. I am not surprised that that article received so much attention. I was on the faculty as a visiting professor at Harvard and so I have some insight into that particular school. I will say that the examples that were depicted were extreme examples. The underlying issue and challenge is not a Harvard only challenge, it is something that any business school or any other organization might be susceptible to when there is such an imbalance of numbers of men and women. The environment and the culture starts at the top and it is my expectation and goal to create an environment that is inclusive of everyone that steps in the door at Goizueta.

What about the lack of minority leadership at elite business schools?

I know a lot of the tension is given to the dynamics with women in business school, but I will say that I’m not sure it is unique to women. It is more anytime there is a dynamic where there is a sizable majority, dynamics play out, from a pure numbers standpoint between the majority and the minority. I think there is some overlap between [gender imbalance and racial imbalance].

How did your childhood and upbringing impact your career?

I was actually born outside the United States on the island of Bermuda and I was there for a few years with my parents before moving to the United States. I spend my early years in St. Louis and then my more formative years in Texas. Given that I moved around a lot and transitioned a lot it made me very adaptable and flexible and it exposed me to a lot of people and opportunities. My step-dad was a psychologist and so that’s how I learned about the field. In college, I found a discipline called organizational psychology that married my interest in psychology with the business environment context, which made sense to me. I pursued my PhD in that field at the University of Michigan.

What’s your take on the “having it all debate”?

My mantra is that there is no one way to do your life. You have got to make the calls and decisions that work for you. In my own situation, I am married and have two children and my husband and I have been commuting off and on for the better part of 20 years. We have made that work, we have two well-adjusted children and a happy family life. It is unconventional. He is an executive at [Exxon Mobil], which doesn’t have locations in the same places where there are great business schools. So we have had to find a way to make that situation work for us and I think we have done that well. The choices we made wouldn’t necessarily suite others, but for each person the key is finding what is important to you and building a life even it is perceived to be different. No one can live your life but you.