Credit Suisse got off easy 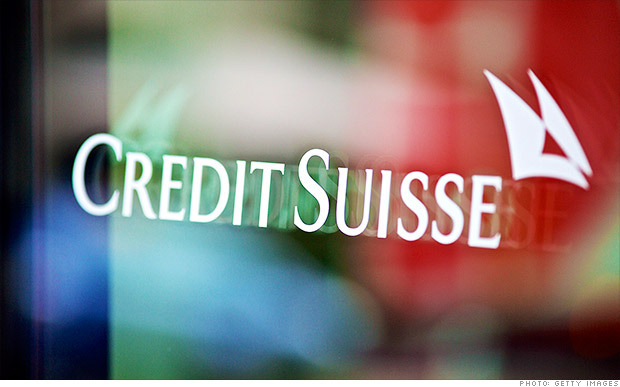 FORTUNE — On Monday, Credit Suisse became the first bank in decades to admit it broke the law. It sounds like a momentous occasion, but don’t be fooled. The consequences will be basically nil.

CEO Bradley Dougan said the guilty plea will have no material impact on Credit Suisse’s operations. It won’t have any material impact on Dougan, either. The CEO who has overseen the bank during the last few years of the tax evasion that led to Monday’s criminal indictment as well the sale of billions of dollars in faulty subprime mortgages to unsuspecting investors is staying put.

Clearly, justice for Wall Street is different than it is for the rest of us.

In securing its guilty plea, the Justice Department did everything it could to make sure criminal charges would not affect the bank. Prosecutors went to state governments to secure promises that Credit Suisse (CS) would still be able to operate locally. They also went to the SEC and the Federal Reserve and made sure Credit Suisse’s broker dealer license and bank charter would not be revoked.

The Justice Department also didn’t force Credit Suisse to turn over the names of its U.S. clients because it would have broken rules back in Switzerland. But Credit Suisse’s survival is far more important to that country’s economy than it is to the U.S. Why not force the Swiss to bend their rules?

The fear is that, without any of these measures, a criminal indictment would have put Credit Suisse out of business. Avoiding that is wise, not just for the Swiss economy but for the U.S. as well. Credit Suisse has a large U.S. investment bank with derivative contracts and other ties to JPMorgan Chase (JPM), Citigroup (C) and all of the other large U.S. banks. But were all of the precautions necessary?

According to the facts of the case, which Credit Suisse agrees are correct, the Swiss bank had 22,000 U.S. customers who hid about $13.5 billion in assets from U.S. authorities. And it’s not like the bankers didn’t know this was wrong. They set up fake foundations and kept bank records on paper, handing statements to at least one client hidden inside a Sports Illustrated magazine.

MORE: Advice for the underemployed class of 2014

While much of this activity didn’t happen on Dougan’s watch, the executive did head the bank during the time in which it deleted e-mails and did anything else it could to cover up evidence of its crimes from prosecutors. That is in part why prosecutors pushed ahead with criminal charges. Barclays’ former CEO Bob Diamond cooperated, albeit a little late, with regulators over his bank’s Libor rate rigging activities and he still got the boot.

All of this suggests that Credit Suisse deserved some “jail” time. Plenty of smaller financial firms are regularly banned from doing certain business activities after they are taken to task for running afoul of the law. We don’t yet know who is on Credit Suisse’s list of tax cheats. But when we do, why not suspend the bank from operating in states with the most people on the list? And if that’s not possible — New York could rank high on that list — how about a temporary ban in those places from wealth management?

U.S. Attorney General Eric “Too Big to Jail” Holder could be thinking, “Let’s make it easy for one bank to agree to a criminal indictment and see how it goes.” But that doesn’t mean justice was served here. And now that the Justice Department has handed it out, every other bank will demand the same concessions.

Eventually, prosecutors are going to have to take the plunge and truly punish a bank.