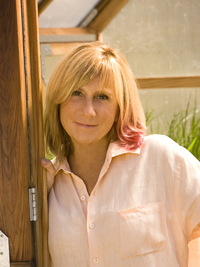 Jesse Cool, the owner-chef of Menlo Park’s Flea Street restaurant, has fed just about everybody who is anybody in Silicon Valley. At Table 61, Larry Page and Sergey Brin schemed to create Google (GOOG). At Table 31, Mark Zuckerberg convened with Sheryl Sandberg when she was his new recruit at Facebook (FB). Cool has cooked for Steve Jobs, Bill Gates and Oprah Winfrey. In 2011, when Zuckerberg committed for an entire year to eat the meat only of animals that he himself killed, it was Cool who helped the Facebook CEO learn how to slaughter.

Cool has had many fascinating encounters, but none so memorable as one in November while she was driving through Silicon Valley. As she says, “Generosity can seem so easy these days”–given that technology enables us, with just a keystroke or the touch of a button, to give money to causes or people in need. But another type of generosity, too often overlooked, is more difficult. “It’s riskier. It’s emotionally demanding. And it requires us to not look away, but to open our eyes and our hearts to people in need in our own communities,” Cool says. Here’s her story, worth sharing this holiday season, about her opportunity to give:

For me, it started with four words: “Do you need help?” I was in my car heading east on Page Mill Road in Silicon Valley, just past I-280, when I saw a woman and three children sitting by the side of the road. What I saw was so out of place that I immediately made a U-turn.

Before me was a young woman, head bowed, and three young children. Admittedly, I hesitated but then I rolled down the window and asked if they needed help. “Yes, we need help,” said the eldest boy as he stepped forward.

His mother, Sofia (not her real name), slowly looked up at me. She said that her mother–the children’s grandma–had beaten her and thrown them out of the car. Sofia and her three kids, who were seven, five and four, had lost their way while trying to walk to her brother’s workplace a few miles away. They were hoping that the abusive grandma would return or someone else would offer help as they waited for more than two hours, in clear view, with cars and cyclists passing by.

We piled in my already packed Mini Cooper, deciding that just this once, two kids in one seat belt was OK. They let me know they had not eaten, so we went to a nearby Chipotle. As we waited in line for food, Sofia’s story of physical and mental abuse, foster homes, hopelessness and despair unfolded. She showed me a journal full of amazing drawings, wanting me to know that she has something she does well and has ambitions for her life. She never asked me for anything.

Sofia is not on welfare or government assistance. When she told me about losing two jobs because both her mom and husband regularly beat her, I told her about my own past as a single mom on welfare. Though I was never in a situation like Sophia’s, people did help me.

I placed an emergency call to JobTrain, a Silicon Valley group that provides job training and placement services.  We also got contacts for CORA, Shelter Network and other organizations that provide protection from domestic violence. Sofia told me that she’s driven by local colleges, always wishing that someday she might attend. She desperately wanted to be independent and provide for her children. But first, she needed help getting out of the situation that had oppressed her for years.

I don’t know how much I helped Sophia and her family or how their story will play out. But to me, Sophia and her three children were the gift of my holiday season. They reminded me that while donating money is good, asking “Do you need help?” can sometimes be the most generous way to give.