Is it okay for a company to have co-CEOs? 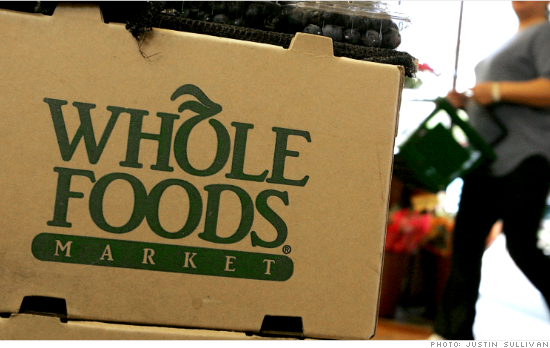 Often at small and midsize companies, founders will have the same top title. Maybe they started out as a husband and wife team or as two friends writing code in a dorm room. Shared leadership is also common at professional services firms, where partners all need to be seen as equals for business reasons.

I’m not hung up on people’s titles. What matters is that co-leaders share the same long-term vision for the company (particularly how big they want the company to become — which can become a major source of disagreement between co-founders over time) — and that everyone on the team is crystal clear about where the buck stops.

There can only be one real head of the company, no matter what title each person has. If employees aren’t clear about who’s going to make key final decisions, it creates indecision and anxiety.

One company that has thrived with co-CEOs is Whole Foods (WFM). John Mackey, the founder, shares the helm with Walter Robb, a company veteran who first came on board in 1991 and ran one of the company’s stores in California. But Whole Foods is a rare exception.

Most of the time, these situations blow up. It’s hard to share power. Often, the co-CEOs never make it clear who is accountable for what. Then employees may literally play mom against dad when decisions need to be made. This leads to confusion among the team and tension between the co-CEOs.

So how can you prevent this if you want to stick with the co-CEO model? Some companies pick a Mr. or Ms. Outside who acts as the public face of the firm — and a counterpart inside, who handles internal decisions. At other companies, what works best is having one co-leader run sales while the other handles operations.

It gets trickier at professional services firms, where it’s common to have a bunch of principals. I recommend picking one partner who spends less time practicing law, accounting, or architecture and more on growing the company. And what is that person’s primary job? As we say in workshops at my firm, it is “making sure the right people are doing the right things right.” It’s usually evident to everyone who this partner should be.

When I visited one professional services firm with five principals and asked who was capable of making sure the best people were being hired and held accountable to concrete goals and key performance indicators, they all pointed to one person. That’s how they sorted out who would lead the company while they continued to share the same ownership stakes and titles.

Once clear on accountabilities, co-leaders need to have the discipline to stay out of each other’s turf, though they can still collaborate privately. Case in point: If an employee asks Mr. Outside to weigh in on an issue that’s in Ms. Inside’s bailiwick, he needs to say, “Go talk to Ms. Inside” — and vice versa. Refrain from sharing even an innocent suggestion or thought without reinforcing that it’s the final decision of the other leader. This approach is useful whether there are co-CEOs or a traditionally structured leadership team.