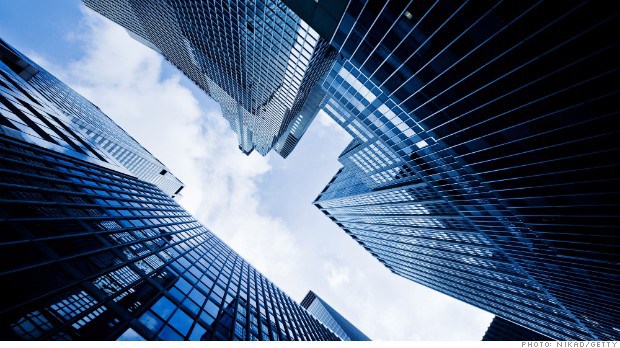 Now would very likely be a horrible time to start a venture capital firm. After a lost decade, that sector finally has had some decent years, valuations are astronomical, and the smart money is getting out, not in. It would be a similarly complicated time to challenge the giants of private equity, which are slapping together the types of gargantuan deals that only the biggest and best-financed can handle.

But what if your background were in big, beaten-down technology companies, and your investment thesis called for finding under-the-radar, mid-sized technology companies that are somewhat stalled or otherwise in need of a financial shot in the arm? Then you’d be the new tech-investing arm of Centerview Capital, an addition to the private equity firm built around former Gillette CEO Jim Kilts.

Centerview rose to prominence for its investments in consumer companies like Del Monte (where Kilts is chairman) and Nielsen. Its sister organization, Centerview Partners, is a boutique investment-advisory firm that has represented the likes of Heinz (in its sale to 3G Capital and Berkshire Hathaway), Dell (in its sale to Silver Lake Partners) and Onyx Pharmaceuticals (in its sale to Amgen), billion-dollar-plus deals all.

Its entry into technology comes at what looks like a decent time. Big- and old-tech stalwarts like Microsoft, Cisco, Oracle and HP all trade for tiny multiples to their earnings, at least compared with the overall market and particularly with social-media growth engines like Twitter, Facebook, and LinkedIn. The new partners of Centerview’s $500-million tech fund are Ned Hooper, 45, and Sandhya Venkatachalam, 38, both former business-development and strategy executives at Cisco, and David Dorman, 59, a former CEO of AT&T and chairman of Motorola. (I first met Dorman when he was CEO of bubble-era flameout PointCast, a tremendous cautionary tale from yesteryear that Dorman omits from his Centerview bio.)

The group just recently completed raising its fund, which Fortune‘s Dan Primack wrote about in June, before the partners began to talk publicly about their plans. It already has made one investment, Hooper says: a company in its target size of companies with between $25 million and $100 million in revenue, and more likely than not privately held. (Hooper says Centerview plans to announce the investment in January, a more advantageous time for publicity for the company in which it has invested.) Investments like these typically would require equity checks in the neighborhood of $60 million to $80 million for control of the company or $20 million to $40 for a stake in it, meaning Centerview’s capital should last a handful of years at its targeted pace of three to four deals a year.

To normal businesspeople, private companies with revenues of nearly $100 million would be big. But the name-brand private equity industry calls this the “mid-market,” a euphemism for small. (A total digression: Read Jesse Eisinger’s screed lamenting that we think of finance as an industry at all, rather than as the useful intermediary between savers and companies that it was intended to be.) Centerview’s competition in this end of the market includes firms like Silver Lake’s Sumeru fund, Thoma Bravo, Technology Crossover Ventures, and Vista Equity Partners.

The knock on mid-market technology investing is that the types of companies in which Centerview either will invest or buy outright will never have the type of rapid growth of a Facebook or even a Skype, where Venkatachalam worked with ex-Cisco colleague Tony Bates. (Bates frequently is mentioned as a contender for the CEO job at Microsoft, which bought Skype and where Bates still works.) The reverse of that argument is that the savvy investor can make steadier returns in such companies, which are less volatile and potentially less susceptible to technology risk.

The mid-market also is predicated on a slow- or even no-growth economy, and it prospers in an environment where capital is scarce — a scenario that is becoming more likely as time goes by. What’s more, companies that sell technology to businesses stand to benefit when chief information officers need to make do with less. “Our thesis,” Hooper says, “is around companies that improve productivity and competitiveness.”

Centerview’s thesis also is about timing. So far, it appears to be good.