For Google, it pays to be evil during the holidays 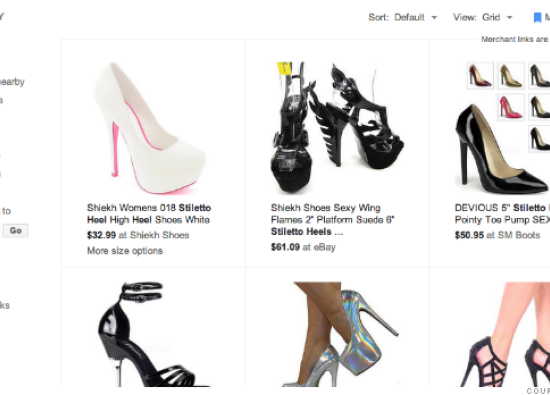 The winter holiday season is crunch time for retailers everywhere. Often, it’s the difference between a profitable year and one that ends in the red. On the Web, one company is not selling goods, but still profiting handsomely anyway: Google.

The Internet search and advertising giant has long seen an uptick in business in the fourth quarter, as advertisers spend extra to lure customers. This year, Google (GOOG) appears poised to benefit more than ever from the e-commerce boom, thanks in part to its shopping search engine. Unlike its regular search results, its shopping results are made entirely of paid ads, and retailers have embraced them with a vengeance, according to a new analysis by Jefferies & Company.

In the United States, the number of so-called product listing ads, or PLAs, has doubled from a year ago, whereas in the United Kingdom, it has grown by 130%. “This positions Google to benefit from solid holiday eCommerce trends,” Jefferies said.

The ads have been controversial. In Google’s early days, founders Larry Page and Sergey famously said that allowing advertisers to pay to be listed in a search engine would lead to bias in search results. The practice, also known as “paid inclusion,” was inherently “evil,” in the words of the company’s founders.

But a little more than a year ago, Google, which had long struggled to gain traction in shopping searches, did an about face, and began requiring retailers who wanted to be included in its shopping results to pay up. Danny Sullivan, a veteran search analyst and the editor of SearchEngineLand, called it a “stunning change” that “looked bad.” Microsoft (MSFT), Google’s perennial rival, went a step further, launching an anti-Google campaign with the tag line “don’t get scroogled.” The campaign reminded consumers of the Page and Brin promise on paid inclusion and urged them to switch to Bing for honest product search results.

Last year, when I asked Page whether PLAs are evil, he demurred. (He became CEO in 2011.) He described the change in shopping results to a “bid model” as necessary to bring accurate information to Google’s product search.

Evil or not, the ads have been embraced by consumers and merchants alike. Jefferies said that for every dollar retailers spend on a product ad, they generate $9 in sales, on average. That’s prompted retailers such as Macy’s, Amazon, Wal-Mart and Home Depot to become heavy users of PLAs. Digital marketing agencies, which run ad campaigns on behalf of other companies, are also betting heavily on the ad format. And Jefferies singled out eBay, one of the savviest and most active online marketers: last year, it shied away from the product listing ads; this holiday season, eBay fully embraced them. It’s the top user of PLAs in the U.K. and the third-largest user in the United States, according to the Jefferies report.

“We think eBay’s decision to leverage PLA ads speaks to the effectiveness of that ad format,” Brian Pitz, a Jefferies analyst, wrote. “eBay does extensive A/B testing on all ad formats and its high usage of PLAs — after being absent in 2012 — can mean only one thing: these ads work.”

The ads work not only for the retailers who use them but also for Google. They generate more revenue than traditional “blue link” ads, in part because users click on them more frequently. The additional dollars have helped Google offset a softening in the prices marketers pay every time a consumer clicks on their ads.

There is another way in which Bing and Google are different: while the former has generated nothing but red ink, the latter has turned Google into the most profitable Internet company in history. By turning a blind eye to what it once considered evil, Google is poised to be even more profitable this holiday season.