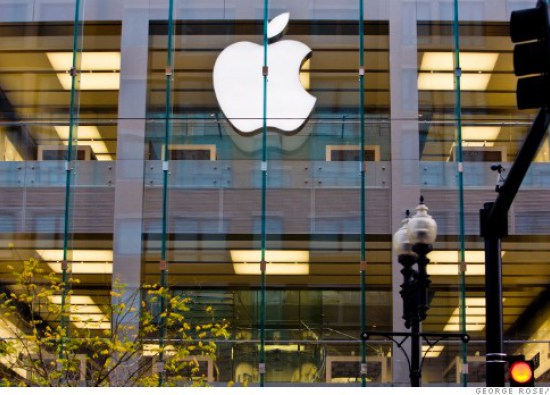 Late on Thursday, Apple (AAPL) filed papers in federal court in Manhattan seeking to halt a court-appointed antitrust monitor, Michael Bromwich, from engaging in any further oversight over the company, pending the outcome of its appeal of the e-books antitrust judgment entered against it last July.

Its papers allege that Bromwich “is conducting a roving investigation that is interfering with Apple’s business operations, risking the public disclosure of privileged and confidential information, and imposing substantial and rapidly escalating costs on Apple that it will never be able to recover,” even if it wins its appeal.

It also alleges that the monitorship, “as it is being interpreted and implemented by Mr. Bromwich as the Court’s agent, is flatly unconstitutional, and will be reversed on appeal.”

In a letter response to the court on Friday, Department of Justice attorney Lawrence Buterman asserted that Apple, while assuring the court of its intent to behave as a “model citizen,” was engaging “in a systematic and untoward campaign to publicly malign [Bromwich] and prevent him from carrying out his responsibilities.”

MORE: Madoff redux: Would a red flag from JPMorgan really have mattered?

“Based on our review,” Buterman continued, “Mr. Bromwich’s actions to date have been wholly within the scope of his authority … and at all times appropriate and consistent with his impeccable reputation.”

After a phone conference Friday afternoon, U.S. District Judge Denise Cote scheduled oral argument on the issue for Jan. 13, the day before Bromwich’s duties, under the terms of Cote’s previous orders, are scheduled to expand.

Apple’s attempt to stay Bromwich’s involvement pending appeal had been foreshadowed by the sharp objections the company filed against Bromwich’s interpretation of his mission on Thanksgiving eve in papers that also took aim at Judge Cote for having ever appointed a monitor in the first place and for effectively having encouraged his “overzealous romp through Apple’s executive suite.”

I described the specifics of Apple’s objections to Bromwich earlier this month. The arguments Apple leveled Thursday night largely echo those it made in its Thanksgiving assault. Bromwich and the government declined comment for both that piece and this one.

Last July, after hearing a three-week bench trial (i.e., a trial without a jury), Judge Cote found that Apple had, when it was planning the launch of its iBookstore in late 2009, joined five major book publishers in a conspiracy to fix the prices of e-books in violation of Section 1 of the Sherman Act. Cote ordered Apple, among other things, to draw up new internal antitrust training and compliance policies and procedures that would ensure that it would commit no future antitrust violations. She also provided that a court-appointed monitor would oversee the adequacy of what Apple had come up with as of 90 days after the monitor’s appointment. On Oct. 16, she appointed Bromwich to be that monitor, and, thus, the 90-day period will elapse Jan. 14.

The dispute revolves around the permissible scope of Bromwich’s role — Bromwich has already sought to interview every member of Apple’s executive team and board — and whether Apple can be forced, against its will, to fund his far-reaching inquiry.

Bromwich, a partner at law firm Goodwin Procter, is charging $1,100 per hour for his time; a second member of his team, antitrust specialist Bernard Nigro, of Fried Frank Harris Shriver & Jacobson, is billing at $1,025 per hour; and Bromwich is also charging a 15% “administrative fee” on top of both men’s rates to go to his consulting firm, The Bromwich Group.

Apple has protested that the invoice for just their first two weeks’ work came to $138,432.40, and that “these charges were incurred before any documents were exchanged, interviews scheduled, or meaningful travel conducted.”

In his letter on Friday, however, Buterman claims that Bromwich “reached out to Apple to address its concerns,” including those concerning his fees, and was ignored. Buterman also noted that Judge Cote has since backed away from adopting any of several proposed expansions of Bromwich’s mission, which had been the original triggering event for Apple’s Thanksgiving tirade.

In Apple’s papers, written by appellate counsel Ted Boutrous of Gibson, Dunn & Crutcher, Boutrous makes clear that if Judge Cote denies the stay, Apple will seek an expedited appeal to the U.S. Court of Appeals for the Second Circuit, where Apple’s appeals of Judge Cote’s verdict and judgment in the case are already pending.