4G in China: A bigger deal than the iPhone 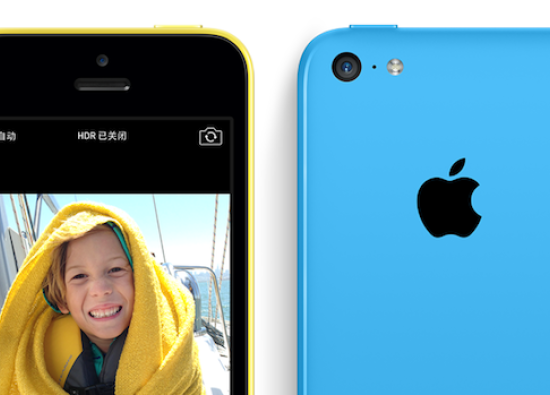 Forget the breathless coverage of China Mobile offering the iPhone for a moment. Yes, it’s huge news for China’s biggest wireless carrier and Apple (AAPL) — and we’ve heard plenty to the point. But the real game changer for China is another mobile milestone that’s nearly as imminent: the rollout of the faster wireless network standard 4G.

People elsewhere in the world take 4G for granted. I should know — I once did. After 4G came to New York, my smartphone became faster than my PC. I watched Netflix (NFLX) on my iPhone. Google Maps (GOOG) search was instantaneous. Newspapers downloaded in seconds.

Not so in China. Here, 3G still rules. I moved to Beijing this year, and the downgrade from 4G to 3G was brutal. The same apps weren’t the same. Google Maps? Acceptable, but not great. Apple Newsstand: painfully slow. Yahoo Fantasy Football (YHOO) … well, just don’t wait to set your rosters.

The 4G rollout in China has progressed in fits and stops. China Mobile (CHL) announced in 2012 that it would upgrade its systems to TD-LTE, a 4G standard, only to be rebuffed by government officials who worried the technology was not mature enough for the market. Delays ensued. 4G was wait-listed until now.

Last week, China took the official step of granting 4G licenses to the three big state-owned carriers, China Mobile, a giant among giants with 60% of China’s mobile market, China Unicom (CHU), second-largest with little over 20% share, and No. 3 China Telecom (CHA). The 4G switch is flipped on Dec. 18, when big cities will fire up the new network. (In a nod to the potential 4G offers, the Party has turned supportive. There’s little talk from carriers about the cost of licenses from the government, compared to the Western world where carriers spend tens of billions on new spectrum.)

Insiders say by mid-2014, the country should be far along in adopting 4G. I met one of those insiders last night at a press event for Huawei, the Chinese maker of telecom equipment that is now competing in smartphones and tablets. (Hence, the press mixer. The company previously had little need for reporters because of its business-to-business focus.)

MORE: Is China serious about reform?

Qiu Heng is TDD Network Vice President at Huawei, part of the company’s 4G team. I asked Heng what’s been the most difficult part of China’s 4G rollout, seeing as it’s coming three years after 4G was adopted in the U.S. and Japan. He thinks about it for a moment. “There has been no difficulty,” he says. This sounds improbable, and it is.

But it’s true that Huawei has worked out the 4G kinks in its equipment in Japan. The 4G release in China, now that it’s been officially sanctioned, should be smooth, despite the massive numbers involved. China Mobile, for instance, needs to upgrade more than 200,000 base stations. (Heng points out the U.S. and Japan combined have 150,000 stations.) Software upgrades and minor hardware modifications to existing stations are enough to support 4G using Huawei’s technology. Reports put China Mobile’s cost of station upgrades at $3 billion.

This is a game changer, Heng says. For the first time Chinese consumers will be able to consistently watch video on their phones. Mobile shopping, already popular, should grow faster with faster speeds. Media, entertainment, and other commerce should all experience a new era in China.

Bigger than the iPhone release, I ask Heng? He nods his head yes.