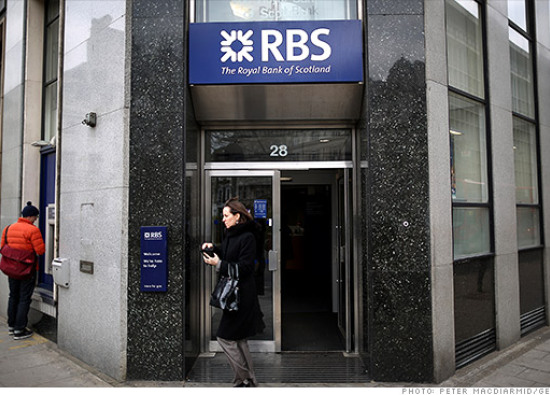 U.S. regulators have fined Royal Bank of Scotland $100 million for breaches of U.S. sanctions against Iran, Sudan, and elsewhere.

According to orders filed by the Federal Reserve and New York’s banking regulators, going back as far as 2002, RBS put in place a system to transfer dollars from the U.S. in a way that hid from regulators and other banks where that money was headed.

MORE: Why JPMorgan’s China problems may be overblown

The system, which was in place until 2011, ended up processing over 3,500 transactions, sending $523 million to Sudanese and Iranian customers. Some of the money went to individuals specifically barred by the Treasury Department from doing transactions with U.S. entities. The Treasury Department’s list of barred individuals includes U.S.-designated terrorists and drug dealers.

According to New York regulators, RBS (RBS) provided written instructions to its payment processors in the United Kingdom explaining that it was “important” to strip out any information that revealed the destination “for all U.S. dollar payments to a country subject to U.S. sanctions.”

Rival U.K. bank Standard Chartered paid a $340 million fine for similar violations last year. Some banks have said they believed they were following the rules when they were omitting certain information when processing payments that may have been allowed by the U.K. government but not the U.S.

As well as paying the fine, RBS has agreed to put in place new measures to make sure it doesn’t break the rules again. It also “terminated” the head of its “Money Laundering Prevention Unit” for corporate markets, which seems justified. Also out is RBS’s head of banking in Asia, the Middle East, and Africa.

RBS has been under investigation for possible violations of U.S. anti-money laundering rules for more than a year and a  half. Earlier this year, the bank paid U.S. regulators $612 million for helping to rig Libor, a key international lending rate.

RBS had to be taken over by the U.K. government after the financial crisis. Over 80% of the bank is still owned by British taxpayers. There has been talk of breaking it up.