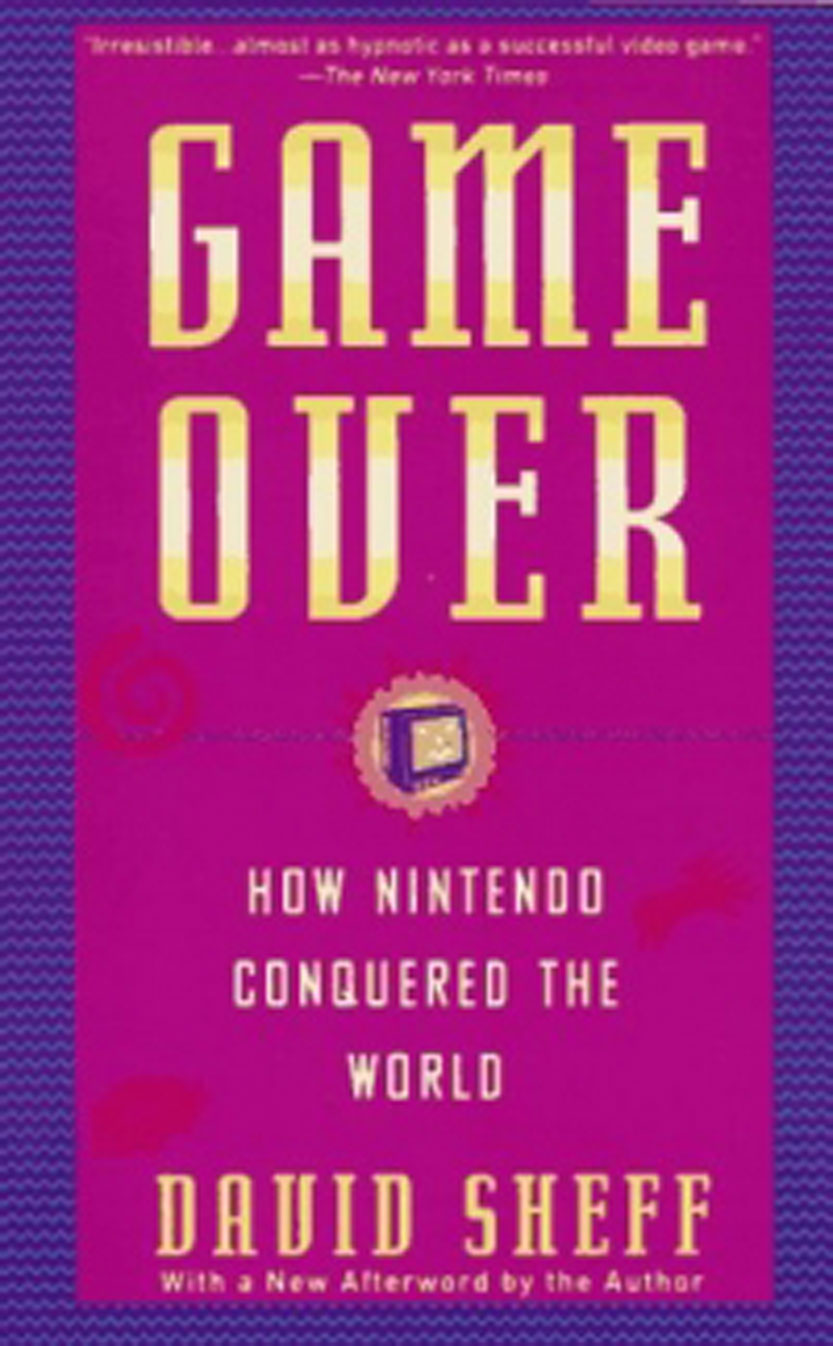 A version of this article appears in the May 31, 1993 issue of Fortune.

Finally, a book as provocative as its title. When the people at Nintendo got their hands on an advance copy of Game Over: How Nintendo Zapped an American Industry, Captured Your Dollars, and Enslaved Your Children (Random House, $25), they forced the publisher to scrap thousands of dust jackets that had already been printed with drawings of the company’s popular Super Mario Bros. characters. Perhaps to get even, Random House replaced that cover with a photo of a boy who seems demonically entranced by a TV screen.

Despite its catchy packaging, Game Over isn’t a tiresome diatribe on the alleged evils of videogames. It’s a detailed, fascinating, and instructive case study of the management practices and corporate culture behind Nintendo‘s extraordinary success. Read it and you’ll never again dismiss this Japanese giant as a mere toymaker.

Videogames, it turns out, may prove the Trojan horse that finally gets PC-type devices into tens of millions of homes. (Nintendo is already in some 30 million houses in the U.S. alone and, despite a growing challenge from its Japanese rival Sega, seems likely to remain on top.) Long before politicians and journalists began waxing poetic about the electronic data highway, Nintendo was building its black boxes, which are actually personal computers, in such a way that modems could easily be attached to plug into networks. Today residents of Japan can use their Nintendos to trade stocks and do their banking. The Kyoto company is also a leading contender in the race for the Holy Grail of “multimedia”—a combination of sound, animation, and video capabilities that will forever expunge the image of PCs as little more than glorified typewriters and calculators.

For more on Nintendo, watch this video:

The story of Nintendo soundly disproves the popular belief that the Japanese will inevitably lose out to Americans when it comes to creating and marketing entertainment software. Game Over debunks other conventional wisdoms as well. It shows that Nintendo‘s success springs not from consensus management but from rival R&D teams pitted against each other; not from faceless, kowtowing salarymen but from the strange and inventive imaginations of young game designers such as Shigeru Miyamoto, creator of Mario the plumber hero and his many adventures. (Mario, it turns out, was named after a landlord who angrily demanded late rent on Nintendo‘s Seattle warehouse.)

Author David Sheff, a contributor to magazines such as Rolling Stone and Playboy, somehow persuaded the normally reticent company to grant him access to top executives over a two-year period. His main characters could have stepped right out of a James Clavell novel. Company mastermind Hiroshi Yamauchi is portrayed as a stern workaholic whose only amusements are the game of go, pillowing young women other than his wife, and crushing the competition so completely that even Bill Gates would be impressed. When he takes over the family’s sleepy playing-card business in 1949, he immediately fires every manager (so much for lifetime employment). He later taps his blue-blooded son-in-law, Minoru “Mino” Arakawa, to lead Nintendo‘s U.S. invasion, despite daughter Yoko’s fears that corporate tensions will come between the two men. Once across the Pacific, Mino and Yoko bootstrap the operation, working in the warehouse and assembling machines themselves. (Imagine a preppy American heir and heiress doing that!)

Read More: That Was Quick: Nintendo 64 Is 20 Years Old

Unfortunately, Game Over doesn’t have any photos, so you can’t see what these intriguing characters look like. It also lacks endnotes, which would have been reassuring since the text is marred by some copy-editing and fact-checking lapses. (Motorola’s chip family, for instance, is the 68000 series, not the 6800.) Even so, Game Over is a fine and worthwhile read. Don’t wait until your Game Boy burns out its batteries from too much Tetris playing to check it out.