A Portrait of Oil-Unretouched (September, 1948) 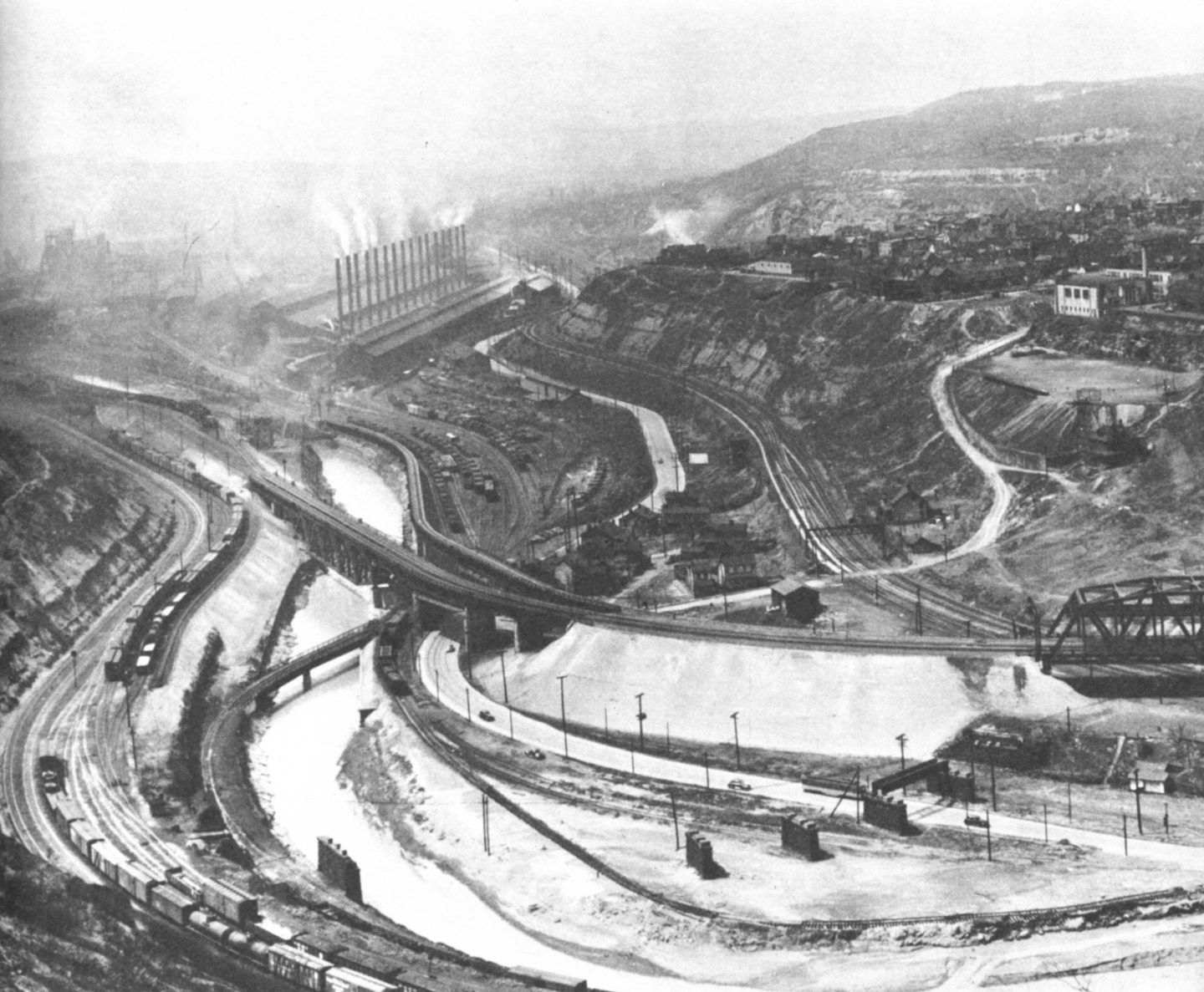 The photographs on the next five pages are examples of an extraordinary report on the oil industry and an extraordinarily bold departure from the usual pattern of public relations. They are from the 55,000 pictures taken for Standard Oil Co. (N.J.) by some of the ablest photographers in the business.

The photographs portray oil from exploration in swamp and desert to consumption in car and Flit gun. They are intended to “document” not only the industry but as much of its almost limitless setting as possible. They are used for reproduction in Jersey Standard’s own magazine, The Lamp, and the other thirty-eight company publications, and given free to any magazine, newspaper, or publishing house that wants to use them. A surprising number do; last year 612 pictures appeared in outside magazines, papers, encyclopedias, textbooks, and general books.

The photographic unit is part of an informative and educational program and is, of course, designed to make people think better of the oil industry and Standard Oil Co. (N.J.). It is public relations, whatever that overworked term means, but it can be called enlightened public relations. Jersey Standard executives are properly proud of their unique photographic venture as a public service, but sometimes they are not quite sure what the company is getting out of it, times when they wonder if “documentary” pictures of such subjects as tombstones in New Orleans or cockfights in Venezuela are not merely irrelevant. At this year’s budget session it was decided that the photographic file was just about big enough and needed only to be kept up to date. The budget was cut, but the 55,000 photographs are still there and still available to the public.

It all started in March, 1942, when Harry S. Truman, Chairman of the Senate War Investigation Committee, implied that the relationship between Standard Oil Co. (N.J.) and Germany’s I.G. Farben hindered the war effort. Jersey officials were “stunned” by the cry of treason that echoed through the headlines and over the wave lengths, and they indignantly denied the accusations. Something, they decided, had to be done to show the public the truth.

One of the things they did was to retain Earl Newsom, public-relations counsel. Among other things Mr. Newsom helped set up a public-relations department within the company and retained the firm of Elmo Roper to poll public reaction to the oil industry in general and Jersey Standard in particular. The results shocked Jersey’s officials again. People, it appeared, thought that the oil industry was bad—especially Standard Oil—and that all the Standard companies (Ohio, Indiana, et al.) were still one trust, as they had been before the dissolution in 1911.

The task of the public-relations department, under George Freyermuth, was to show the public what the oil industry and Jersey Standard were really like. “There was nothing to hide—Jersey lived in a goldfish bowl. The problem was to make people look.” The public should be made to see that oil was not a little group of robber barons, but a multitude of people—surveyors and drillers and engineers and stevedores and scientists and plain ordinary workers. Oil had raised the standard of living everywhere. Oil had brought convenience, comfort, and pleasure to everyone. If people saw enough movies and slide films and paintings and photographs of oil and oilmen perhaps they would begin to understand (and like) the industry. And what was good for the industry was good for Jersey Standard.

One of the most revolutionary public-relations proposals was a photographic portrait of oil, “imposed and unretouched,” for all the world to see. The man chosen to head the photographic unit was Roy Stryker, head of OWI’s domestic photographic department, ex-manager of the Farm Security Administration’s group of photographers who produced about 200,000 photographs, many of which are now in the Library of Congress.

Roy Stryker had been a Colorado cowboy, a settlement worker, and a teacher before he went to Washington and the Resettlement Administration (later FSA) in 1935. He was interested in the visual approach to education but he was not a photographer. The FSA technique of documentation and high standards of photography stemmed from the work of Walker Evans, Ben Shahn (painter-photographer), and Dorothea Lange. Stryker learned from them and gradually developed a program of teaching others what to look for on an assignment.

When Stryker was offered the job of starting and managing a photographic unit for Jersey Standard, he refused. “What would Standard Oil want from me, a New Dealer, the son of a Populist?” But persuasion and the promise of a free editorial hand brought him in the fall of 1943 to Rockefeller Center. For four and a half years he has been assigning photographers to “record and interpret oil and its whole environment.”

The curve on the Roper chart of Jersey Standard’s place in the public sun has stayed low, but it is turning upward—slightly. The reasons it is still near the bottom of public favor presumably are the same as they were: Standard Oil spells Rockefeller, Trust, Big Business, Big Profits. The reasons the curve is edging upward are more difficult to assess, and hardest of all to evaluate are the benefits to the company of the photographic unit. Suppose 612 pictures did appear last year in outside magazines and papers, in textbooks and encyclopedias. Who noticed the credit line and changed his mind about Standard Oil? The effects on the public are intangible and must be looked at from long range. It may be that students seeing the new pictures of the oil industry will think better of Standard Oil than did their fathers who were taught in terms of the Rockefeller trust and gushers. It may be that future historians will find valuable clues to twentieth-century mores in the photographs. It may even be, as Jersey officials hope, that the visual record of the industry’s operations will help create a more favorable impression, here and abroad, of free enterprise, the capitalist system, and democracy.

To anyone who has ever looked at orthodox industrial publicity pictures the photographs on this page* will come with surprise and, presumably, delight. They have been made with imagination, they are in themselves beautiful, and they are part, good or bad, of America—we have all seen this West Virginia coal town, this cotton wagon in Mississippi, this woodshed in Vermont. Naturally, there are physical and financial limits to the photographic coverage; not even the biggest industrial corporation in the world would foot the bill for all the photographs that might be made. The majority of the pictures are quite directly related to oil. It is significant, however, that any industrial enterprise provides the opportunity of recording as much of the American scene as these photographers have done. A surprising range of subjects has appeared in a surprising list of journals and books: a geometry textbook, for example, used a shot of a row of gas tanks to show cylindrical forms, and Outdoor Life printed a spread of pictures of insects taken in the Flit laboratory.

Jersey Standard photographers cover certain routine assignments such as official dinners and tanker launchings, but for the most part they work on “picture essays”—a detailed coverage of the Gloucester fishing fleet, for example, or lumbering in the Northwest, or river transportation. The photograph is one of 500 made in a tiny Texas oil town. The detail of a driller’s hands is from a story on oil operations in Union County, Kentucky. And the panorama opposite is part of extensive coverage of oil in Pittsburgh. Sometimes Mr. Stryker has had a hard time convincing officials that such detailed reporting properly comes under the head of public relations. There was difficulty, for instance, when John Vachon made pictures of poverty-stricken families and barefoot workmen in Venezuela, and again when Edwin Rosskam showed oilmen drinking beer in a saloon in Cut Bank, Montana. But the only rigid official ban is on photographs suggesting unsafe practices, showing men without steel helmets or safety belts, for example, working in places where they should be wearing them.

Eleven photographers have taken most of the pictures for Jersey Standard’s file—Esther Bubley, John Collier Jr., Harold Corsini, Arnold Eagle, Russell Lee, Sol Libsohn, Gordon Parks, Edwin and Louise Rosskam, John Vachon, and Todd Webb—and another dozen have been given occasional jobs. Stryker briefs his photographers before they go on assignments. He makes them study geography and sociology. He lectures them, encourages them, scolds them. He urges them to read all sorts of books and magazines, and to write him long letters. He talks to them about their personal problems. Some of them resent his paternalism, but most say he has taught them to see things more clearly. Nearly all say they have had a freer hand with Standard Oil Co. (N.J.) than they would have had with any other employer.

* See gallery above the article for the photos referenced.

This article was originally published in the September 1948 issue of Fortune.