They live with Alzheimer’s. Here’s how they want to be treated during the holidays—in their own words 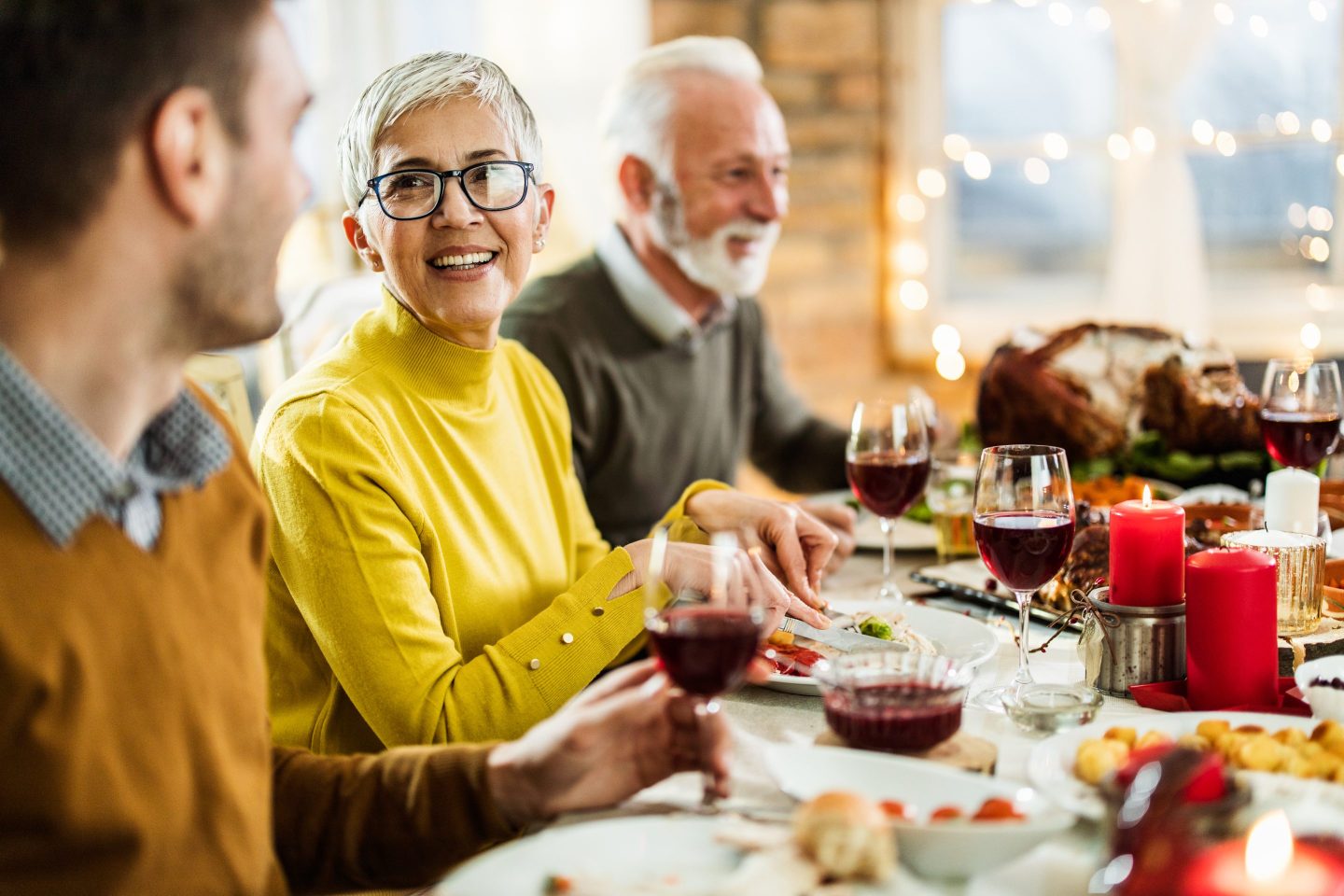 Keeping up traditions during the holidays can prove difficult for people living with Alzheimer's.
Getty Images

Betsy Groves has always valued what she calls “enduring traditions.”

The 73-year-old mother of two and grandmother of three loves hosting her family and friends around the table during the holidays, especially for Thanksgiving when she takes charge of the cooking for the roughly 15 family members that join alongside a few added guests from time to time.

When she was a lecturer at the Harvard Graduate School of Education, she habitually invited some of her students to Thanksgiving, many of whom were far away from their homes. She would create an elaborate menu in her Cambridge home of traditional dishes and her applauded pecan pie “splashed with vanilla ice cream or whipped cream.”

She thrived on the multitasking required to make the holidays run and took a lot of pride in getting everything on the table in time, especially alongside family and some new faces. She even challenged herself to cook for a vegan and fruitarian once, which she says “provided unique opportunities for broadening our menu options to celebrate the holiday.”

But a diagnosis she received last year forced her to come to terms with her role in these long-held traditions. This Thanksgiving, she had to forgo her apron and put her cooking skills aside.

“There was a piece of loss for me about recognizing that these are one of the skills or the traditions that I need to let go of or really can’t do anymore as competently,” Groves says.

In the summer of 2021, Groves was diagnosed with Alzheimer’s. When working at Harvard as a lecturer of child mental health and development, she struggled with her memory and preparing for her lectures became more challenging. She has since left her job.

“It was devastating frankly…it came out of nowhere,” she says. “It’s just a game changer…I mean, it’s a life sentence.”

This year, her husband offered to cook Thanksgiving dinner, hoping to alleviate the newfound challenges Groves faces in her daily life, like having difficulty planning and juggling multiple tasks. She has early Alzheimer’s, which can present as having some memory loss, being more forgetful, having changes in mood or personality, or trouble planning and problem-solving.

Not preparing her usual menu felt like “taking away a part of what was important to me,” she says. Still, Groves says her husband told her, “it just has to be this way.”

Over 6 million Americans live with Alzheimer’s—a number estimated to grow by over twofold by 2050. One in three seniors die from Alzheimer’s or dementia, and many people in the early stages don’t get proper diagnoses until later in life. This has led many to see Alzheimer’s and dementia in its late stages, says Monica Moreno, senior director of care and support at the Alzheimer’s Association. It can make people living in the early and middle stages of the disease feel forgotten or alone, she says.

People may assume that the person cannot be a part of gatherings because their communication or demeanor has changed, or that they struggle to recall their close relatives.

Groves was able to join in the gathering on Thanksgiving, although not in charge like usual. Now, Christmas with her family will be more low-key and centered around her grandchildren. She plans to enjoy the day beside them.

Some people fear including those living with Alzheimer’s in gatherings so as not to make them uncomfortable. However, in many cases, people still want to be treated as they always have been.

That rings true for 62-year-old Reda Harrison who was diagnosed with mild cognitive impairment in 2018. She believes it has progressed to stage three Alzheimer’s, although it’s not her official diagnosis. The news has been frightening for her and her family, but she still wants people to see her as her whole self.

“I’ve had so many people say ‘you look great,’” she says. “I don’t know what people are expecting when they see somebody with Alzheimer’s…I’m still me.”

She doesn’t shy away from talking about her situation with her family (she has four children and five grandchildren) during events. She enjoys holidays alongside her family, although she doesn’t do all the cooking like she used to and tends to have events start in the afternoon because the nights are hard for her now, due to a common dementia feature called sundowning where people get more confused and tired in the evenings.

“I’m very open with what’s going on with me because I want them to know the good and the bad. I’d rather they hear it from me than somebody else down the road,” she says. “That way, when I get in the later stages, if I’m saying something that I shouldn’t be saying, that they’re going to know it’s a disease, and it’s not me.”

How to make them feel included

The diagnosis doesn’t need to be an “elephant in the room,” Moreno says. Everyone diagnosed with Alzheimer’s or dementia experiences it differently and may need a host of accommodations that don’t require them to miss out on traditions they have cherished, like at the holidays.

“A lot of times what happens is that there’s this distancing or loss of relationships that occurs as a result of the stigma,” Moreno says. “The best thing you do is to just be there for them, to not distance yourself, [but] to ask, ‘how are you doing?’ ‘Do you need anything?’”

To make people living with Alzheimer’s feel more comfortable during the holidays, the Alzheimer’s Association encourages people to share their diagnosis so people can know the symptoms to better engage with that individual. Someone in the early stages may feel anxious or uncomfortable around noise or chaos, so having a quiet room during the holidays may be beneficial. Consider including that person in the conversation and asking yes or no questions if someone has difficulty speaking.

But don’t make assumptions about what a person living with Alzheimer’s can or cannot do, Moreno says. Those in the early stage might not present with many obvious symptoms, and it’s important to help them feel included.

It also may help to delegate during the holiday season to ease the burden on the individual and their caregiver to make it the same as it has always been.

Harrison takes it day by day, trying to spread the message that people need each other to live through this. She also joined a support group once a month for those in her position about a two-hour drive from her home in Nicholasville, Kentucky.

“You can’t fight this battle alone,” she says. “There’s times when you just think you’re going crazy; you’re losing your mind. If you can’t talk about it, it’s just gonna get worse because you’re actually living what I call a nightmare.”

For Groves, there is an appreciation for not living in ignorance. It’s given her some control over what she wants to do now, and how she wants to make accommodations for herself—on her own terms. She is keenly aware of what her diagnosis means for her life, although acceptance has not been easy.

“Living with Alzheimer’s, it’s a journey, and it includes just being able to let go of things you know you can’t do as well anymore,” Groves says. “I wonder what it’s going to be like next Christmas, but I’m just not engaging in that kind of forward looking worrying or prediction.”