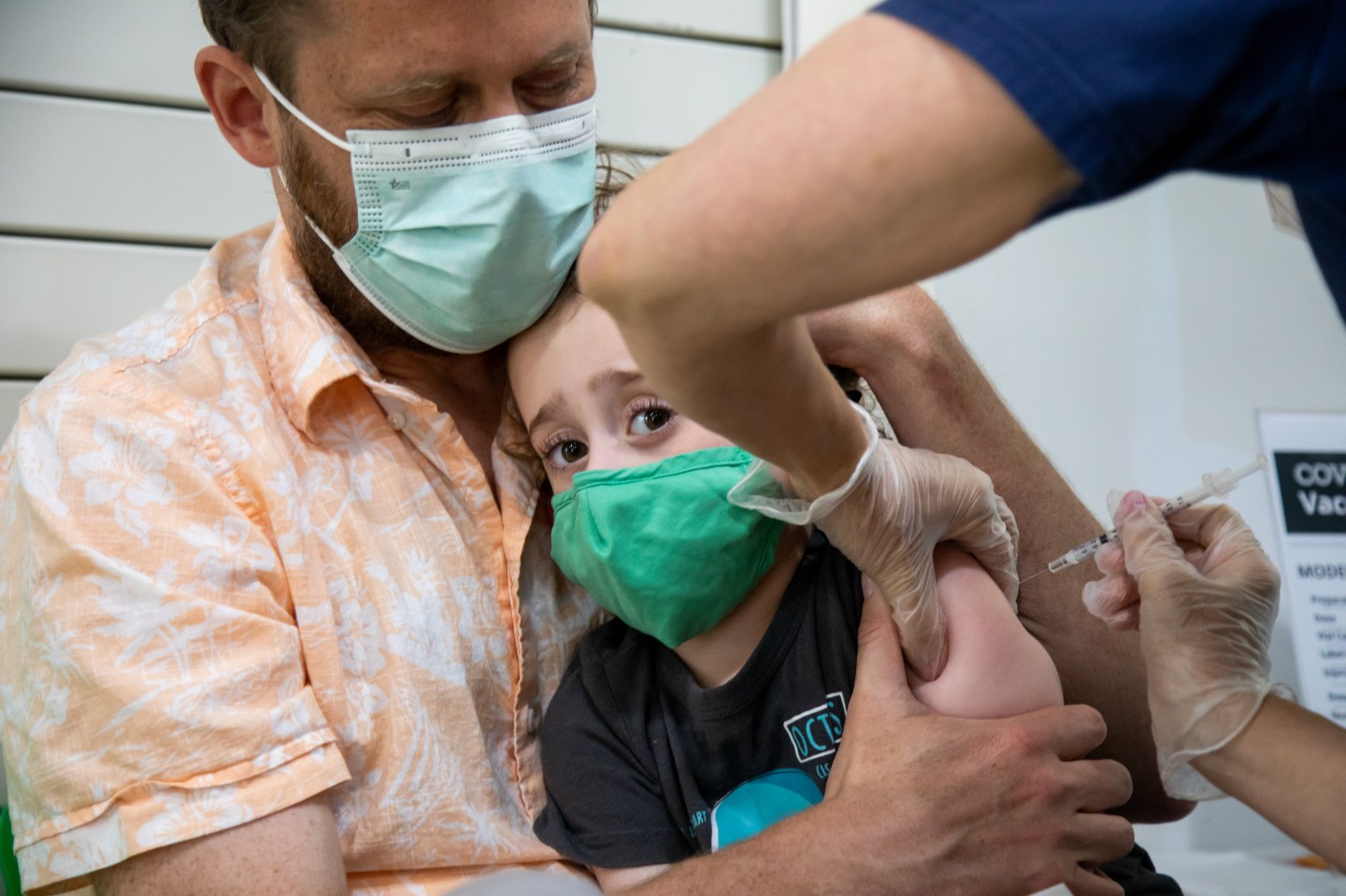 A majority of the youngest U.S. kids haven’t received a flu or COVID vaccine, according to federal health data—this as hospitals struggle to handle a deluge of patients with respiratory viruses.

Nearly 58% of children 6 months through 17 years old haven’t received the flu vaccine this year, according to the U.S. Centers for Disease Control and Prevention, citing a telephone survey.

And 90% of children ages 6 months through 4 years hadn’t received a COVID vaccine as of Nov. 30, according to the American Academy of Pediatrics (AAP), citing CDC data. That number drops to 62% in children ages 5 to 11, but still leaves the majority of U.S. children unvaccinated for COVID.

Adolescents are the exception, with 68% of those ages 12 to 17 having received at least one dose of COVID vaccine, according to the AAP.

Health officials are urging Americans to get vaccinated for COVID and flu as a “tripledemic” of respiratory viruses leaves both pediatric and adult hospitals treading water. There is not yet a vaccine for RSV, but one could be approved as soon as the spring.

After announcing epidemic levels of the flu in November, federal health officials said they stand ready to work with other federal agencies to deploy troops and FEMA personnel, if necessary. They also have extra supplies like ventilators on hand at the Strategic National Stockpile, they said.

Simple interventions like handwashing, masking in crowded places, staying home when sick, and getting the flu and COVID vaccines will help free up hospital beds for those who truly need them, U.S. Surgeon General Vivek Murthy told Good Morning America earlier this month.

“It’s more important than ever that we take these measures, because they’re one way that we can take care of our kids, [and] also relieve the strain on health care workers,” he said.

This week 76% of the country’s more than 78,000 ICU beds are occupied, according to Johns Hopkins University & Medicine, citing data from the U.S. Department of Health & Human Services. The figure is roughly the same as it was two years ago, during the height of the pandemic, when COVID patients filled hospital beds. (Available beds have dropped by about 15,000 over two years, however. And unlike December 2020, when a majority of hospital beds were taken by COVID patients, they now make up only a small percentage—less than 6%—of occupied beds.)

Nearly 73% of pediatric hospital beds were occupied last week, according to Healthcare Ready, a nonprofit that connects government, nonprofits, and medical supply chains to prepare for disasters. It also cited data from the federal health agency.

The percentage of occupied beds, however, may be even greater, Healthcare Ready warns, as facilities often report the number of beds they’re licensed for, not the often smaller number of beds they can actually staff. Additionally, only 67% of U.S. hospitals reported their capacity last week.

Idaho led the nation in occupied pediatric beds last week, with more than 150% of them filled, Healthcare Ready reports. Nevada came in second, at 97%; Arizona third, at 94%; Rhode Island fourth, at 94%; and Utah fifth, at 92%.

Some drugs are in short supply this autumn as a result of the tripledemic. Multiple forms of go-to antibiotic amoxicillin are hard to come by, as is Tamiflu, an antiviral used to treat the flu. There’s also a shortage of some types of sodium chloride, used during respiratory therapy, in addition to the Rocuronium injection, used during intubation, according to the American Society of Health System Pharmacists.