Scientists made mini brains and infected them with coronavirus. What they saw could explain Long COVID 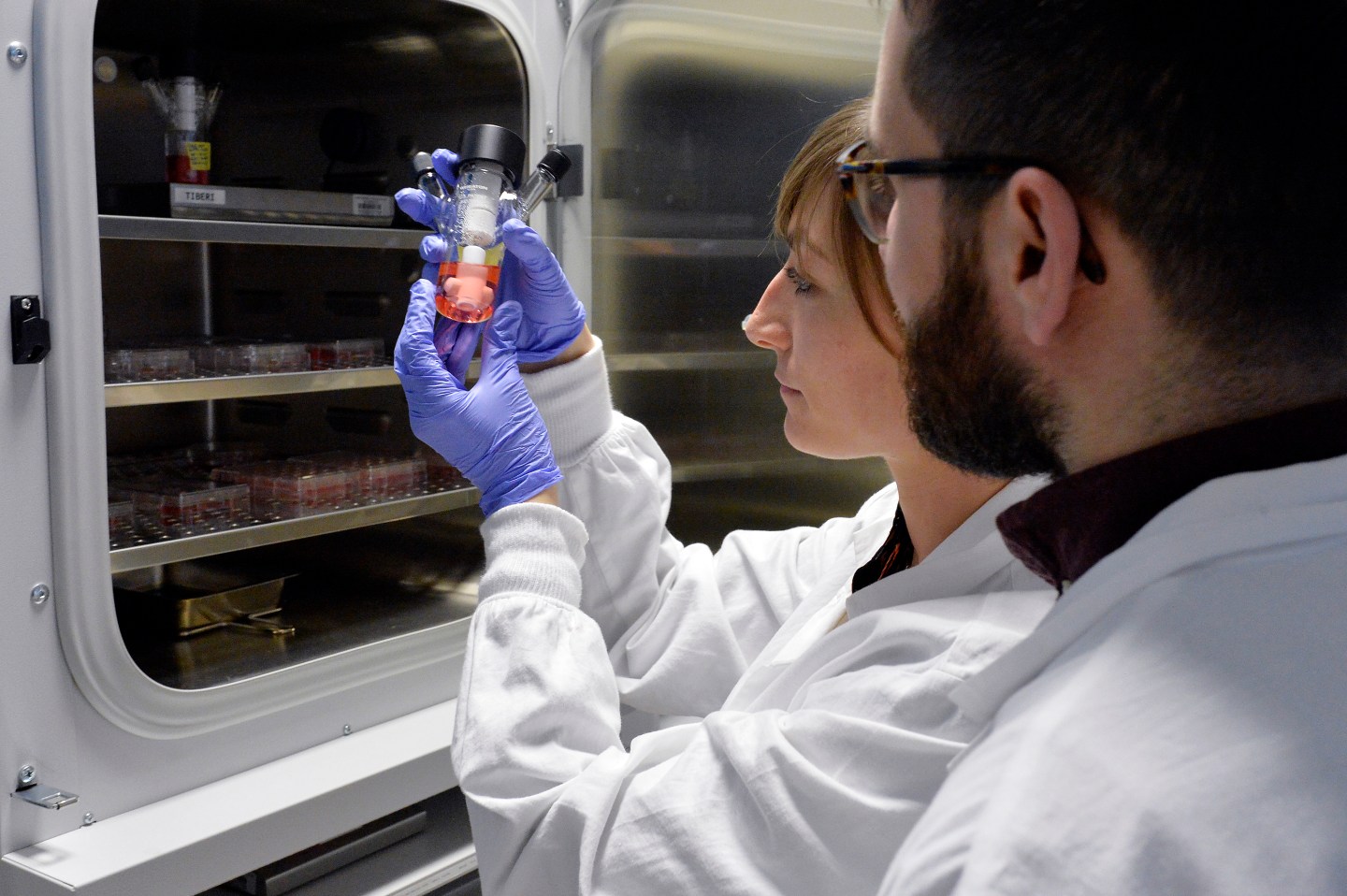 A new study looked at the impact of COVID on a "mini brain".
Alessio Coser—University Of Trento/Getty Images

Just what is COVID capable of doing to the human brain?

In a new study published in Molecular Psychiatry, researchers from Sweden and a Harvard-affiliated hospital in Boston tried to find out by creating “brain organoids,” or miniature brains about the size of a pinhead, and infected them with COVID.

What they saw explained a lot: An “excessive number” of synapses, or connections between brain cells that allow them to communicate, were eliminated during the course of the disease—“more than you would expect to see in a normal brain,” the authors wrote in an Oct. 27 article on academic news site The Conversation.

In a process known as “pruning,” normal brains get rid of a certain amount of inactive synapses when they’re no longer needed, to make way for new ones. But the infected mini brains showed unnecessary and inordinate levels of the clean-up process, similar to the level seen in neurological disorders like schizophrenia, Alzheimer’s, and Parkinson’s disease, according to the authors.

What researchers witnessed may explain why many Long COVID sufferers report neurological symptoms, and why COVID seems to increase the risk of developing some neurological disorders.

And it’s well known that some Long COVID sufferers experience neurologic symptoms like tremors, issues with movement, involuntary muscle contractions, seizures, hearing and vision issues, balance and coordination problems, and other Parkinson’s disease-like symptoms. The most frequent neurological symptoms of Long COVID include “brain fog,” headache, confusion, sleep disorders, mood disorders, issues with smell or taste, and dysautonomia, a disorder of the autonomic nervous system that can involve fainting, drops in blood pressure when standing, rapid heart rate, and other issues with involuntary bodily functions.

Authors of the new study caution that because the mini brains they created are so small, they may resemble the brain of a fetus more than that of an adult. Still, some studies of individuals who’ve died from COVID, in addition to imaging studies of those who’ve survived it, report the death of neurons and a reduction in the thickness of gray matter in the brain, signs of synapse loss, they say.

Nearly 20% of American adults who’ve had COVID—an estimated 50 million—report having Long COVID symptoms after their infection resolves, according to data collected by the U.S. Census Bureau this summer.

Long COVID is roughly defined as symptoms that persist or appear long after the initial COVID infection is gone, but a consensus definition has not yet been broadly accepted.

Many experts contend that long COVID is best defined as a chronic-fatigue-syndrome-like condition that develops after COVID illness, similar to other post-viral syndromes like those that can occur after infection with herpes, Lyme disease, and even Ebola. Other post-COVID complications like post-intensive-care syndrome should not be defined as long COVID, they say.