Pfizer’s maternal RSV vaccine could protect infants from the virus 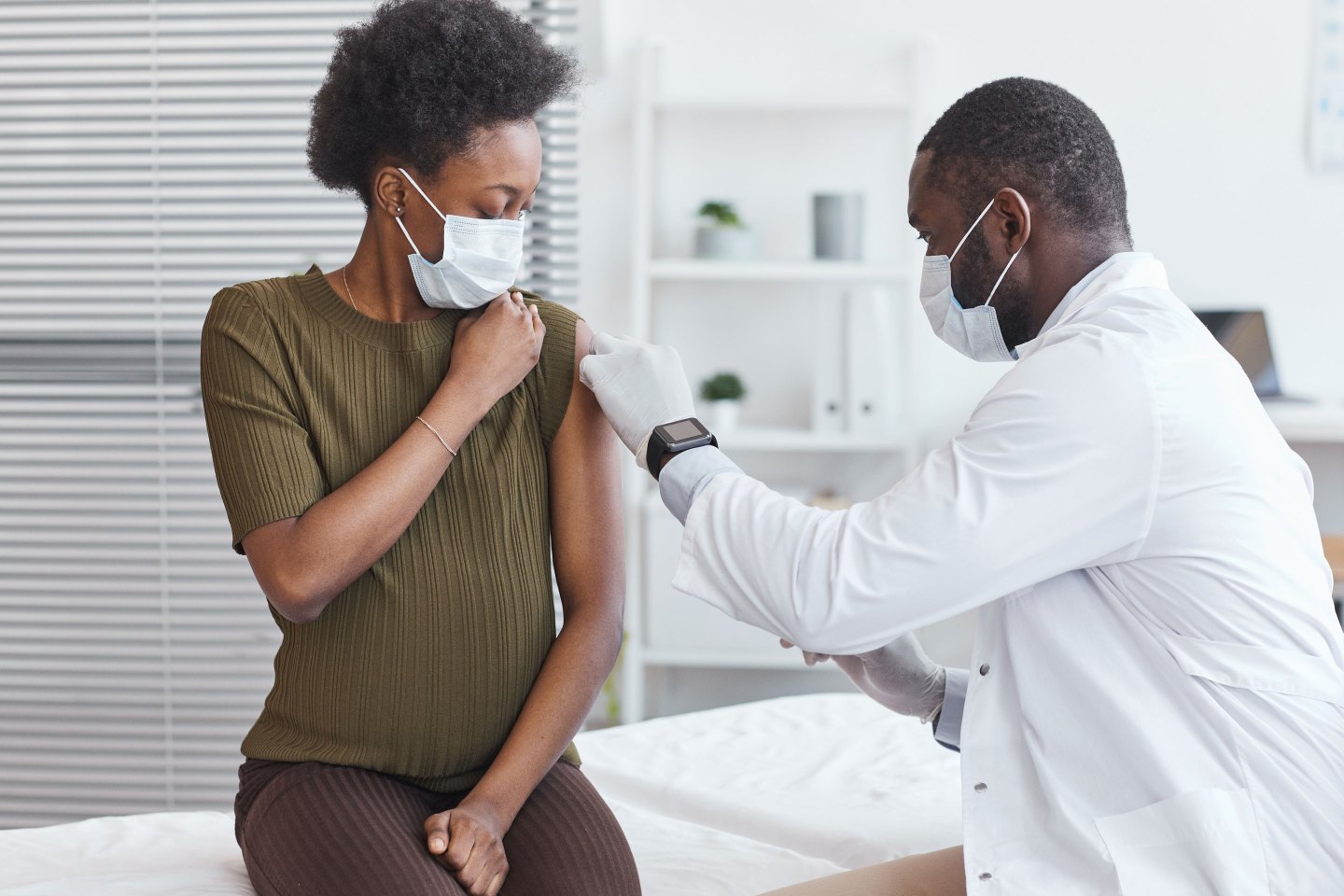 A vaccine given to pregnant people would pass on antibodies to babies before delivery.
Getty Images

For people concerned about the recent surge in respiratory syncytial virus (RSV) cases, there’s good news: a vaccine is on the way. On Tuesday, Pfizer announced the company’s maternal RSV vaccine has shown enough promising data to be submitted to the Food and Drug Administration by the end of the year. If approved, the vaccine would become the first to help prevent RSV in young infants, but it’s unclear when it would become available.

RSV is a common respiratory illness that usually causes cold-like symptoms in most people, but can be serious in infants and young children. It’s the leading cause of pneumonia and bronchiolitis (inflammation and congestion in the small airways of the lungs) in babies under 1.

A maternal vaccine given to pregnant people would pass on antibodies to babies before delivery, similar to the flu and whooping cough vaccines. In the Pfizer trial, the vaccine was about 80% effective in preventing RSV in infants, CNN reports.

“We’ve had a major unmet need in our field of pediatrics for an RSV vaccine or other immunizations as well as antiviral treatment. It’s been an elusive topic for scientists,” says Dr. Larry Kociolek, medical director of infection, prevention and control and attending physician diseases at Lurie Children’s Hospital of Chicago. “But we’ve made a lot of progress over the last several years in understanding how people become immune to RSV.”

The virus typically follows a seasonal pattern with cases rising in late fall and early winter, sometimes coinciding with flu season. Each year, approximately 58,000 children under 5 are hospitalized due to RSV infection, according to the Centers for Disease Control and Prevention. And with the recent surge, many children’s hospitals are already at capacity.

“Every year we see high levels of RSV cases among babies in the U.S. with some regions reporting hospital admission rates higher than normal this year,” Dr. Eric A.F. Simões, clinical professor, pediatrics-infectious diseases, University of Colorado School of Medicine and Children’s Hospital Colorado, Aurora, says in a press release about the Pfizer vaccine. “A maternal vaccine with high efficacy that can help protect infants from birth could substantially reduce the burden of severe RSV among newborns through six months of age, and, if approved by regulatory authorities, will likely have a significant impact on disease in the U.S. and globally.”