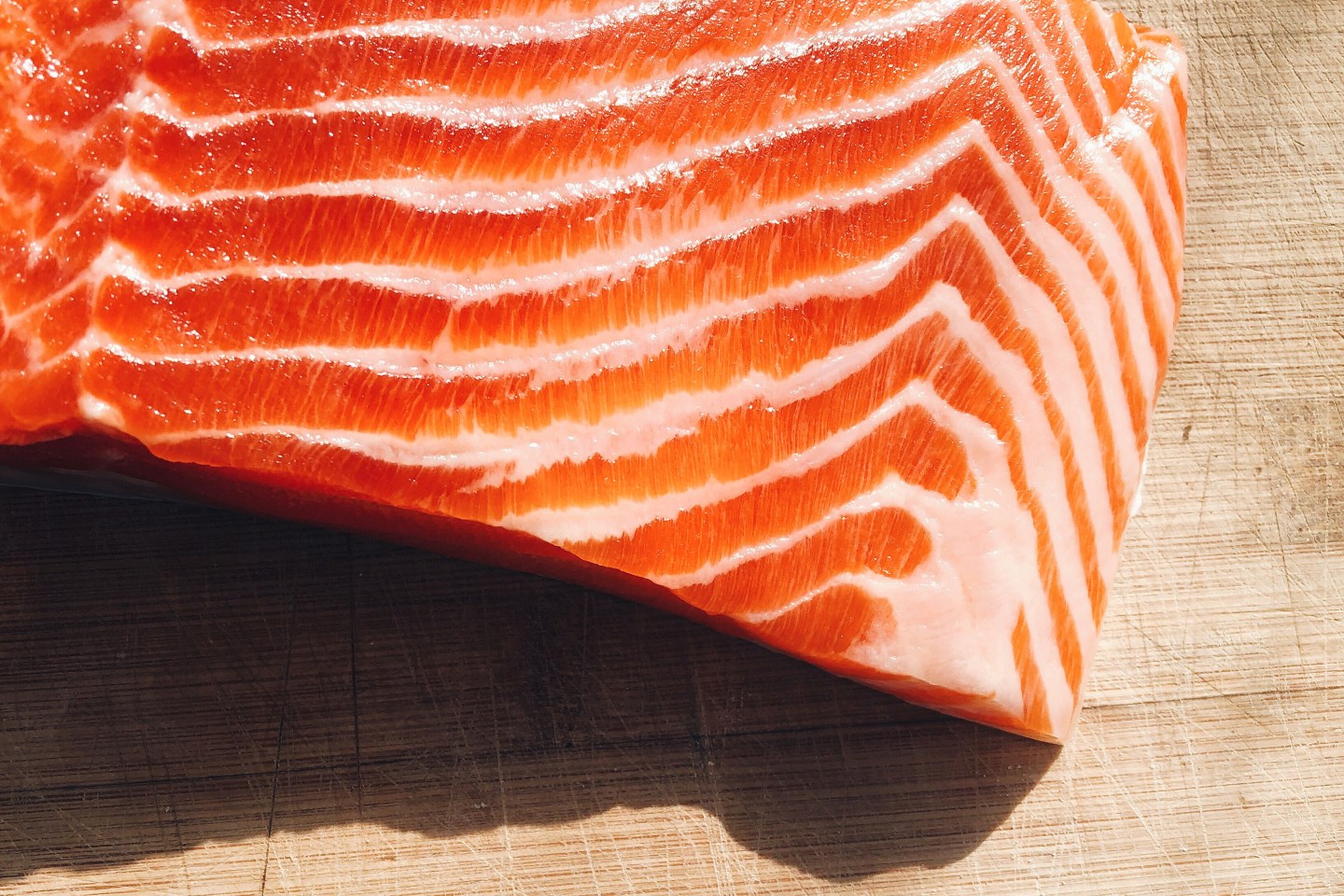 Fish, such as salmon, is high in omega-3 fatty acids.
Getty Images

Medical experts have touted the benefits of omega-3 fatty acids and heart health for a while now, and new research shows they may be linked to brain health too. In a new study published in Neurology, researchers found that people who eat more foods with omega-3 fatty acids in midlife may enjoy better thinking skills and better brain structure than those who eat fewer foods with the fatty acids.

Omega-3 fatty acids are an essential fat the body doesn’t make, so it’s important to consume foods that are high in omega-3s, such as fish—specifically salmon, sardines, lake trout, and albacore tuna—as well as flaxseeds, chia seeds, and walnuts. Omega-3 supplements are often recommended for people who do not eat those foods.

The study included around 2,000 people who did not have dementia or stroke. The majority of participants were white adults with an average age of 46, which may make it difficult to apply the findings to other races and ethnicity groups. Omega-3 fatty acid levels were measured in addition to tests of thinking skills and scans to measure brain volume.

Researchers found that the people who ate higher levels of omega-3 fatty acids had higher average scores on a test of abstract reasoning and “also had larger average volumes in the hippocampus area of their brains, which plays an important role in memory,” according to a press release about the study. Because participants were not followed over time, it remains unclear whether eating omega-3 fatty acids preserves brain function or is simply associated with it.

“Improving our diet is one way to promote our brain health,” study author Claudia L. Satizabal, Ph.D., of the University of Texas Health Science Center at San Antonio, says in the release. “If people could improve their cognitive resilience and potentially ward off dementia with some simple changes to their diet, that could have a large impact on public health. Even better, our study suggests that even modest consumption of omega-3 may be enough to preserve brain function. This is in line with the current American Heart Association dietary guidelines to consume at least two servings of fish per week to improve cardiovascular health.”