Two-thirds of parents say their kids are self-conscious about their looks, and social media isn’t the only culprit 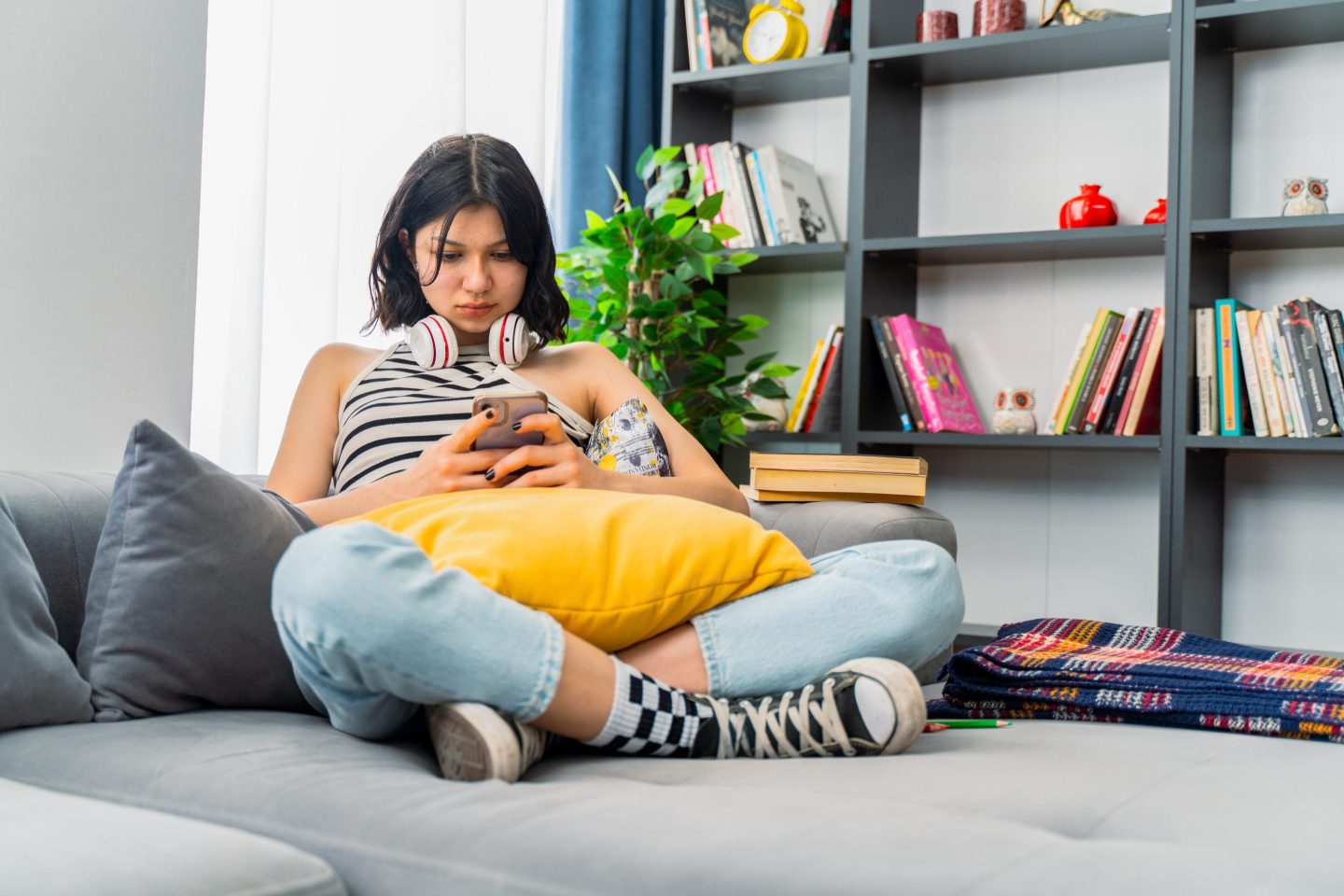 Some teens even avoid certain activities, such as taking pictures, because of their insecurities.
Getty Images

Going through puberty has never been a walk in the park, but a new poll reveals the extent to which children and teens are struggling with a lack of self-confidence. According to a national poll from the C.S. Mott Children’s Hospital at University of Michigan Health, nearly two-thirds of parents say their child is self-conscious about their appearance, and one in five says their teens avoid certain activities, such as taking pictures, because of their insecurities. Furthermore, one in three parents says their child has been treated unkindly because of their looks.

“These findings reinforce research that as kids receive unhealthy messages about societal ideals, it can lead to a poor self-image of themselves,” Dr. Susan Woolford, a pediatrician at C.S. Mott Children’s Hospital and codirector of the poll, says in a press release. “Left unchecked, a preoccupation with appearance and body dissatisfaction may lead to decreased mental health and emotional well-being and increased risks for eating disorders, depression, and low self-esteem.”

The poll included responses from nearly 1,700 parents with at least one child between the ages of 8 and 18, and was conducted in April 2022.

“As kids get older, they become more self-aware, are more likely to compare themselves to peers, and may be more influenced by media portrayals about beauty and the most desirable body shape, face, and look,” Woolford says. “It’s developmentally normal for adolescents and teens to experience some insecurities, but if it’s interfering with their ability to enjoy social interactions or other activities, they may need help.”

But not all is lost. Woolford recommends being mindful about how you talk about your own body to help encourage positive self-image in kids.

“Kids are watching every time you step on that scale and sigh about needing to lose weight or point out your own perceived flaws in the mirror,” she says. “Lead by example to teach them self-love and respect.”

Beyond that, she recommends parents read children’s books about body diversity to young children; avoid commenting on a child’s physical appearance and instead focus on their personal qualities; and help children understand that images on social media and in magazines and movies have often been filtered or photoshopped.

“Parents can teach their children to be media literate and savvy so they understand that these portrayals of the perfect body, face, and look in advertisements, media, and even from their own friends doesn’t reflect reality,” she continues. “By laying a strong foundation of healthy attitudes, parents can help their children develop a positive body image through youth and adulthood.”