Why This Award-Winning Champagne Maker Is Turning to Sake 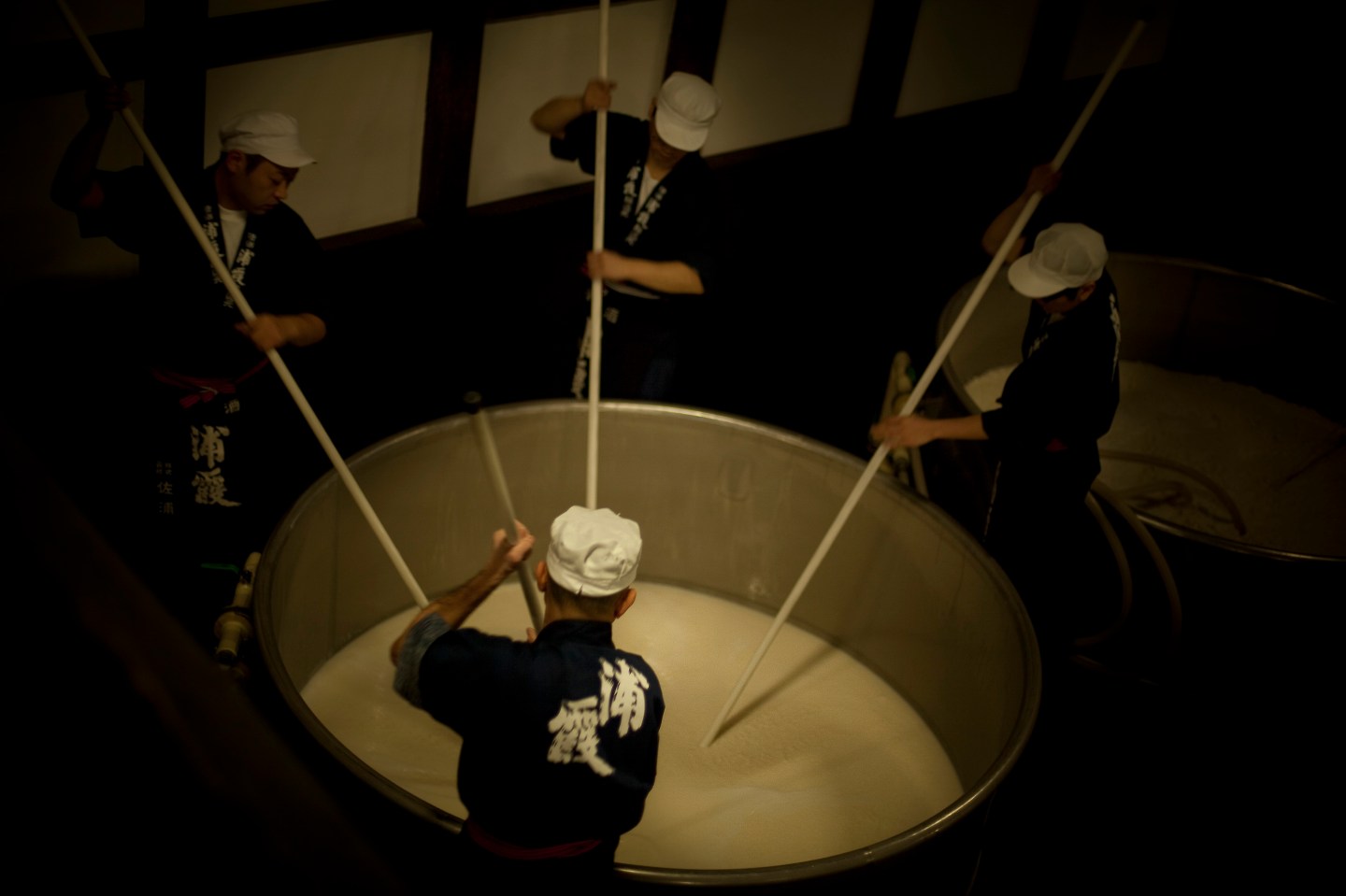 Although making sake may seem like an unusual career move for a heralded Champagne producer, this traditional Japanese beverage is the new focus for Régis Camus, chef de cave at Maison Rare Champagne.

Instead of looking toward retirement, as one might expect this eight-time Sparkling Winemaker of the Year award winner to do at this point in his career, Camus has his sights set on a new, rice-focused endeavor called Heavensake.

A background in bubbly

Camus began working with Champagne Piper-Heidsieck and Charles Heidsieck in 1994, eventually becoming the head winemaker for both houses in 2002. Last year his work shifted to solely focus on Maison Rare Champagne, Piper-Heidsieck’s high-end line of vintage Champagnes, which are wines produced only in exceptional years.

Although his palate is highly calibrated to notice nuances in Champagne, a trip to Japan in 2003 brought about an appreciation for another traditional beverage: sake.

Award-winning Champagne winemaker Régis Camus was inspired to create Heavensake in a style that evokes a light, floral, and refreshing rosé wine.
Heavensake

“My first sake tasting was a Junmai sake, which are simply brewed with no added white spirit alcohol in it,” says Camus. “Junmai means ‘pure’ in Japanese. This experience changed the perception I originally had of the harsh, strong sake that are served hot.”

With his preconceived notions about sake deconstructed, Camus built a community of people who enhanced his sake knowledge during subsequent visits to Japan.

From grapes to grain

Shortly before his move to Maison Rare in 2018, a position that would allow Camus more free time—“semi-retirement,” he jokes—Camus found an opportunity to showcase his winemaking skills while pursuing his love of sake. The new project, called Heavensake, relies heavily on the concept of blending, considered an art in Champagne, and aims to create a bridge for Western palates into the world of sake.

Rather than building an entirely new brewery, Camus partnered with established breweries, a different one for each cuvée. The Junmai Daiginjo is produced at Dassai Brewery in the Yamaguchi prefecture, while the Junmai Ginjo is crafted at Urakasumi Brewery in the Miyagi prefecture.

“The first step for me in creating Heavensake was to define a house style,” Camus says, which is a marker common to both Champagne brands and sake breweries. To him, this means, “elegance, delicacy, freshness, and minerality. On the palate, floral and fruity notes with a long, lingering taste,” he describes.

At the core of Heavensake is the concept of blending. Sake is traditionally produced in batches, with all sakes containing the same rice variety, seimaibuai (rice polish ratio—the more a grain of rice is polished, the more delicate it can be in mouthfeel and aromas), and water source, among other variables. Champagne, on the other hand, is a highly skilled exercise in marrying different vineyards sites, grapes—even vintages.

“Champagne is not one plus one equals two,” Camus explains. “Union is the force of a great Champagne, blending provides different layers, which felt the best to me—and may be the only way to create the house style I previously described. You need multiple layers to create this effect and sensation on the nose and palate.”

His philosophy on blending drives Heavensake’s production process. “Each brewery gave me a large panel of batch samples; some were made with Yamada Nishiki rice, other with Kura No Hana rice, other with Toyonoshiki rice,” Camus says. “The rice polishing ratio was sometimes different, or it was the yeast used during the fermentation.” Camus adds that the sakes’ creations require a close relationship with each brewery’s toji (head brewer), and there is a balancing aspect to the work. “The tojis in Japan are the experts at the technicality of making the individual part or batch,” he says. Calling himself a “sensorial person,” Camus focuses on combining the lots and creating balance.

Tastings are done by both the toji and Camus. Although there is a language barrier, Camus says they communicate nonverbally and often easily come to consensus on winning cuvées. The Junmai Ginjo showcases banana and tropical fruits with elements of butterscotch and ginger, while the Junmai Daiginjo has elegant aromas of white flower and rose, with fresh peach and apricot on the palate.

Much like Champagne packaging is key to a brand’s marketing, Heavensake departs from traditional bottles and uses teardrop-shaped vessels that are, frankly, quite sexy. It’s not just the design-forward bottles that are meant to draw in drinkers; the brand highlights many of sake’s inherent qualities—gluten-free, low acid, no added sugar—and repackages the message for today’s wellness-focused consumer.

Earlier this year, Camus launched a third Heavensake—Junmai 12, in partnership with Konishi Brewery in the Hyogo prefecture. While the original two versions err on the side of traditional in terms of style, Junmai 12 is meant to appeal to a new type of consumer. Adding water to sake to dilute the alcohol level is a common practice in sake production, but most brewers bring the level down somewhere between 15% to 18% ABV. Junmai 12, however, reduces the alcohol to 12%, which intentionally ties in to the lower-alcohol trend pervasive in today’s drinking culture. It’s priced to be more entry-level ($28), while Junmai Ginjo ($45) and Junmai Daiginjo ($95) evoke the same luxury, premium-product ethos as Champagne.

Dassai immediately understood Heavensake’s mission. “We decided to participate in the project with Heavensake because we sympathized with their passion: to promote sake to people who have not yet tried it,” says Shohei Yamani, manager of the international strategy department for the brewery. “Indeed, we believe in the long-term benefit and great potential. [Their project is] broadening the international market for sake, which enables us to expand markets and the potential for the future.”

Camus wants his legacy to live on in a couple of ways. “I wanted to introduce something I have been doing for several decades in Champagne, and quite successfully, to the sake world,” he says, and he hopes his efforts will be the gateway to more people drinking sake.

—A new distillery tells the true–and often untold–origin story of Tennessee whiskey
—Bollinger Champagne is launching a 007 limited edition vintage to celebrate ‘Bond 25’
—4 James Beard-nominated chefs collaborated to create WhistlePig’s latest rye whiskey
—Some of California’s most famous wines came from a science experiment
—Why you’ll never get a fresher beer than right nowFollow Fortune on Flipboard to stay up-to-date on the latest news and analysis.