In 1876, the owner of a Brooklyn wine shop had a unique cellar to store his inventory of Pol Roger, a French champagne famously favored by Winston Churchill.
BYRachel King
November 16, 2019, 12:30 PM UTC 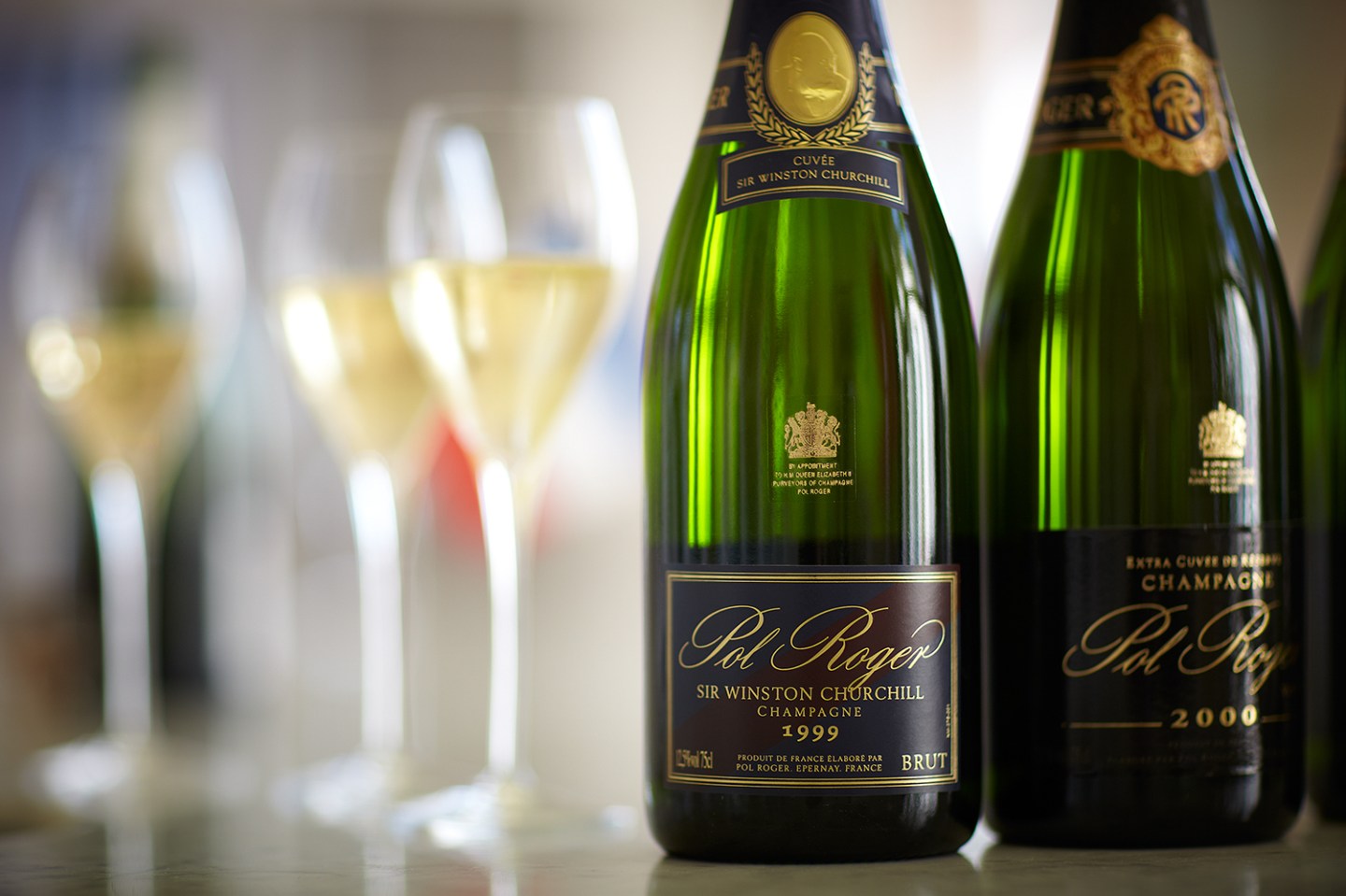 In 1876—seven years before the Brooklyn Bridge would open to traffic in 1883—chief bridge engineer Washington Roebling was already looking for additional revenue streams to offset the costs of the structure that would run up construction costs to $15 million. (In 2019 dollars, that figure equates to roughly $359 million.)

Picking up the project from his late father, John Roebling, the younger engineer knew the bridge inside and out—meaning he understood the bridge’s additional potential that others might not see, figuratively and literally.

Washington Roebling hatched a deal with the owner of a small Brooklyn wine shop, Rackey’s Wine Company, which made use of the vaults in the base of the Brooklyn Bridge (near Front Street, under the ramps leading up to the anchorages) as a cellar to store his inventory—chief among his wares was his cache of Champagne Pol Roger, a French winery founded just a few decades prior in 1849.

When the bridge was completed in 1883, it was the largest suspension bridge in the world. (Note the Quaker Oats facility at the base of the bridge on the Brooklyn side of the East River.) Photo taken circa 1904, New York, N.Y.
Library of Congress/Corbis/VCG via Getty Images

It might not seem obvious, but the interior of the bases of the Brooklyn Bridge actually made for perfect wine cellars. The vault’s temperature was 50 degrees Fahrenheit, which happens to be the ideal temperature for storing Champagne. Other wine distributors and liquor vendors would also store their wares, including vintages of Burgundy and Bordeaux, within cellars on both sides of the bridge. But Pol Roger still takes exceptional pride in denoting this placement as a stepping stone in the company’s history.

It was not long after this arrangement took place in America that Pol Roger’s global profile began to rise—but more so because of its growing sales in England. By 1877, Pol Roger received a royal warrant—an official mark of recognition for businesses that supply goods or services to royal households—from Queen Victoria of the United Kingdom. Pol Roger is still the Champagne of choice with the British royal family, as it was served at the last three major royal weddings in 2011 and 2018.

But it was another British dignitary who would become synonymous with the winemaker. Pol Roger became the preferred Champagne of British Prime Minister Winston Churchill, as early as 1906 when he was 32 years old, and it was consistently his favorite until his death in 1965.

“Churchill was drinking Champagne during the meal,” said Hubert de Billy, president of Champagne Pol Roger, during a recent trip to Brooklyn, N.Y., adding that the British statesman usually followed his glass (or more) of bubbles with cognac after dinner. De Billy acknowledged that before World War II, a sweeter style of Champagne was in vogue with winemakers, and he says some customers still prefer that: “Sometimes a bit of sweetness can be a good pairing for the food.”

Pol Roger has since honored its devoted subject by naming its prestige vintage cuvée in his name. (In more recent pop culture history, Pol Roger was also name-dropped as a favorite of fictional villain/antihero Walter White in AMC’s Breaking Bad, who not only underscored the heavy price tag per bottle but also says he bought it specifically because of the Churchill connection.)

But rare wine collectors and would-be treasure hunters should take heed before getting any ideas about long-lost Champagne vintages that would inevitably be worth a fortune today: Pol Roger says there is no wine left down below the Brooklyn Bridge—on either side, of any kind—anymore.

The vaults were first closed during World War I, and later repurposed for nonalcoholic storage uses during Prohibition. The cellars had a brief renaissance after Prohibition was lifted in 1934. But by World War II, the city took the space back once again, and it has not been used—for wine and liquor storage or for any other known significant purpose—since.

Today, the cellars are not accessible to the public because of safety concerns, according to the New York City Department of Transportation, the agency responsible for the vaults and their security. However, a mural dedicated to Pol Roger remains inside the vault, as this landmark continues to be an important part of the Champagne brand’s legacy.