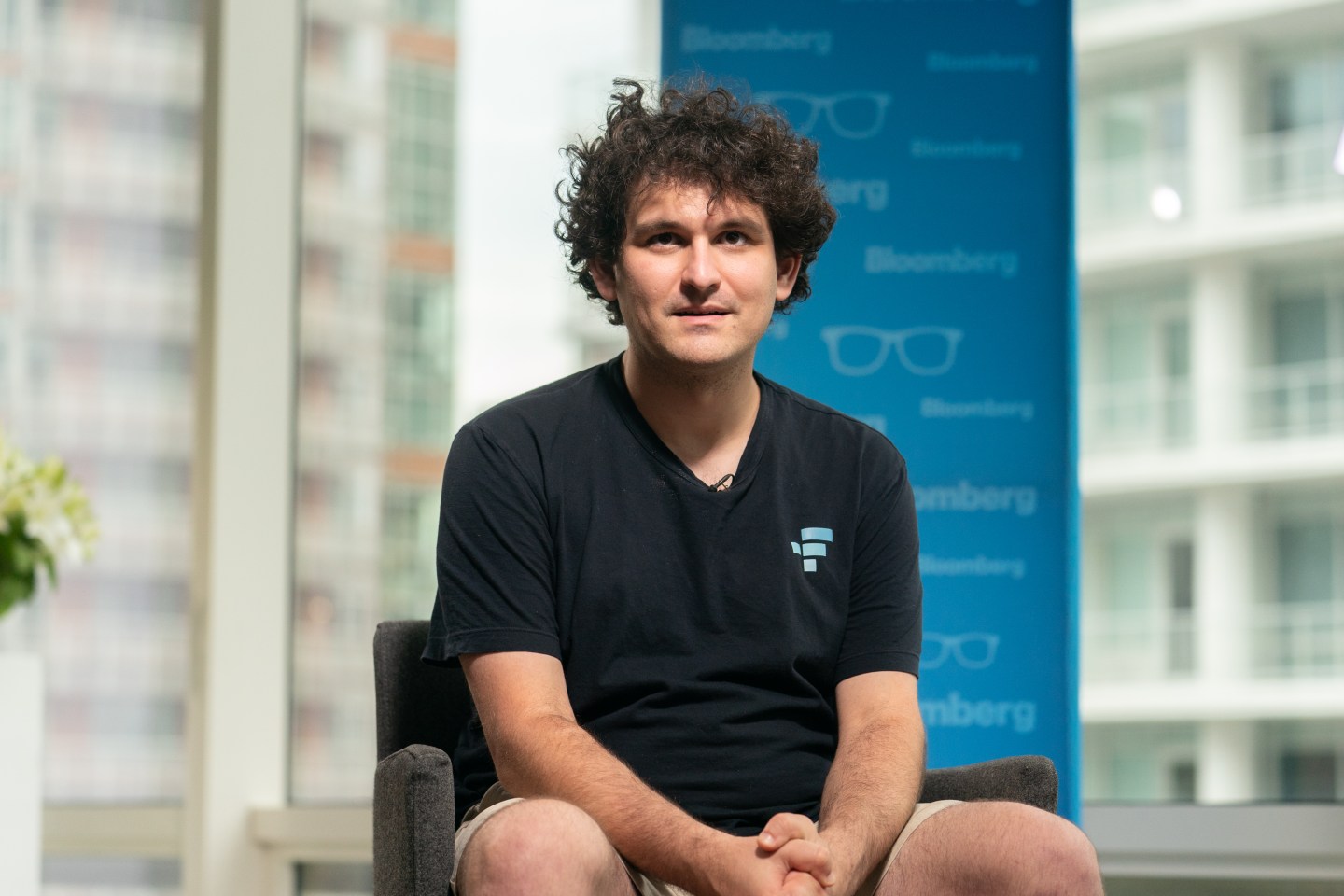 Sam Bankman-Fried was arrested in the Bahamas on Dec. 12.
Jeenah Moon—Bloomberg/Getty Images

Federal prosecutors on Tuesday hit Sam Bankman-Fried, the disgraced founder of crypto exchange FTX, with a raft of criminal charges, including wire fraud, securities fraud, conspiracy to defraud the U.S., and campaign finance regulation violations. The charges, which also include money laundering, could collectively carry a prison sentence of more than a lifetime.

The charges were unsealed Tuesday by prosecutors in the Southern District of New York. Officials allege Bankman-Fried has a long-standing history of criminal activity, noting it runs as far back as 2019. He’s also accused of making illegal political campaign contributions, using aliases.

The unsealing of the charges comes moments before the new CEO of FTX, John Ray III, is scheduled to testify before a House committee about the disgraced crypto exchange.

“The defendant … engaged in a scheme `to defraud customers of FTX.com by misappropriating those customers’ deposits, and using those deposits to pay expenses and debts of Alameda Research, Bankman-Fried’s proprietary crypto hedge fund, and to make investments,” says the indictment.

The accusations also come just hours after a separate filing from the Securities and Exchange Commission with civil charges against Bankman-Fried.

“Bankman-Fried raised more than $1.8 billion from investors … who bought an equity stake in FTX believing that FTX had appropriate controls and risk management measures,” the SEC alleges. “Unbeknownst to those investors (and FTX’s trading customers), Bankman-Fried was orchestrating a massive, years-long fraud, diverting billions of dollars of the trading platform’s customer funds for his own personal benefit and to help grow his crypto empire.”

Authorities in the Bahamas arrested Bankman-Fried on Monday, and said they were working with U.S. law enforcement to extradite him.

All of this caps a stunning fall for the 30-year-old Bankman-Fried who, until early November, was regarded as a white knight of the crypto industry, and who counted top politicians and investors among his friends.

Bankman-Fried’s empire came unraveled after the FTX exchange stopped issuing withdrawals last month amid speculation it was insolvent, and that its native cryptocurrency was illiquid and overvalued. FTX filed for bankruptcy soon after as it emerged that Bankman-Fried had been raiding customer funds to cover trades made by his hedge fund, Alameda Research.

Meanwhile, reports from the Bahamas after FTX’s collapse revealed that, contrary to his image as a person who lived simply in order to pursue so-called “effective altruism,” Bankman-Fried enjoyed a lavish lifestyle of penthouses and celebrity hob-nobbing.

In recent weeks, FTX’s new caretaker CEO has accused Bankman-Fried of running his company without even the most basic financial controls, and of giving out large loans to his friends.

Bankman-Fried was slated to testify today before a House of Representatives committee, but will not do so due to his arrest. It is unclear how long the extradition process may take, and when he will appear in a U.S. court to face the charges against him. He is facing eight criminal charges altogether and a demand from the Justice Department he forfeit assets.