Binance says ‘proof of reserves’ can restore trust in the crypto industry. What does that mean? 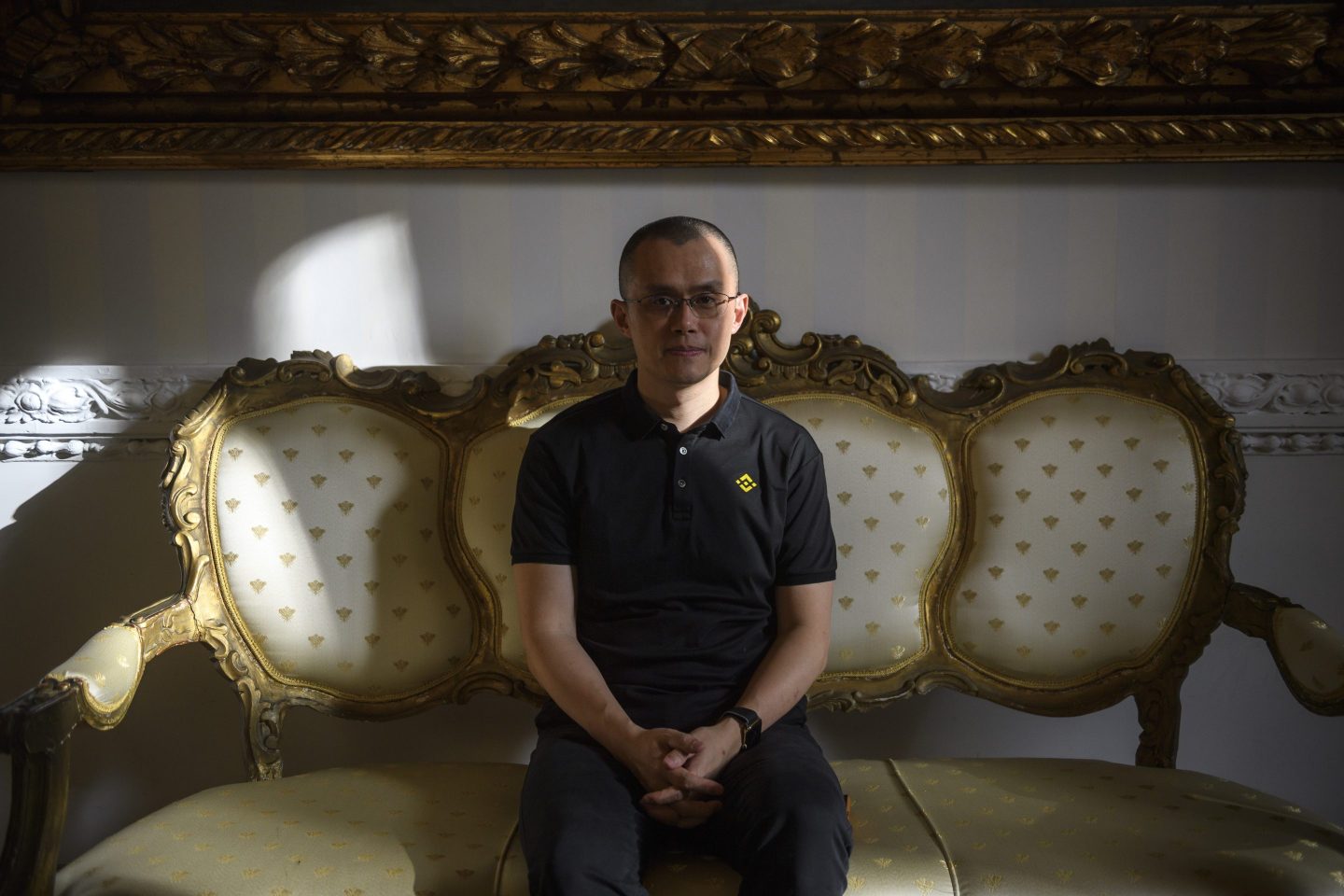 Binance founder and CEO CZ has promised to restore trust to the industry. Others are skeptical.
Antonio Masiello—Getty Images

While Binance founder and CEO Changpeng Zhao was delivering a fatal blow on Tuesday to his chief competitor, FTX’s Sam Bankman-Fried, he tweeted a curious announcement: Binance would begin to issue “proof of reserves.”

Crypto is filled with these sorts of wonky phrases, but Zhao—or CZ, as he’s more commonly known—has suggested that proof of reserves can reform the industry, offering a new level of transparency that would prevent the sketchy accounting that led to FTX’s rapid collapse.

CZ doubled down on Friday at the Indonesia Fintech Summit, telling a large audience that proof of reserves would be essential as regulators creep ever closer.

“That is absolutely going to be where the focus is for the next little while, which is right,” he said. “We have learned from our mistakes.”

What is proof of reserves?

Before the FTX firestorm, Binance was already the world’s largest crypto exchange, and by kneecapping SBF, CZ became the indisputable kingpin.

In his initial tweet on transparency, CZ called for exchanges to do “Merkle-tree proof of reserves,” a data structure that encodes blockchain data. While blockchains are publicly verifiable, centralized exchanges like Binance, FTX, and Coinbase do not offer a similar layer of transparency. If they published a Merkle tree, it would provide a map of sorts for the customer assets they hold.

The Merkle trees would organize relevant data—such as transactions with smart contracts or between accounts—into hashes, arranged into a series of parent and children nodes that resemble a Christmas tree. It’s a complicated cryptographic concept that theoretically would allow a third-party auditor to verify the holdings.

“If Binance does decide to implement this, it’s going to have the potential for a standard-setting impact across the industry,” said Yesha Yadav, a law professor at Vanderbilt University who focuses on banking and financial regulation.

On the day after CZ’s tweet, eight other exchanges announced they would publish Merkle tree reserve certificates.

Gautam Chhugani, managing director of global digital assets at Bernstein, described the process as a “publicly auditable proof of reserves,” where an analyst could follow the trail and identify the exact amount of reserves an exchange holds across different asset classes.

The problem with FTX was many of its reserves were held in its own token, FTT—a precarious position that precipitated a bank run. With depositors seeking a return of their assets, FTX didn’t have sufficient reserves, rendering the exchange insolvent.

“There’s just a lack of any transparency about the asset quality of different exchanges in terms of their actual kind of safety buffers,” he said. “And that obviously came home to roost with FTX.”

With proof of reserves, exchanges would offer more transparency around the assets on the exchange and what kind of liquidity buffers they have, as well as ensure that the asset qualities are not deeply leveraged so users can access their holdings.

As such, Chhugani said a Merkle tree proof of reserves would have exposed FTX’s sleight of hand.

“FTX would never adopt something like this, because of the specific actions that they’ve conducted with use of funds,” he told Fortune.

Binance is not alone in calling for proof of reserves. Nic Carter of Castle Island Ventures has documented other crypto companies who have committed to the practice.

While industry experts say proof of reserves is a good start, they also argue it’s insufficient. Dante Disparte, chief strategy officer and head of global policy at Circle, said he’s encouraged by the new commitment to transparency among crypto firms. However, he warned that for a company like Binance, simply presenting proof of reserves without an independent audit isn’t enough.

Proof of reserves “is worth about as much trust as you might have in the entity providing the proof of reserves,” he told Fortune. “It’s not enough to take someone’s word and rely on promissory notes on Twitter.”

While blockchain data presents publicly accessible information, the case of the FTX empire—a knotted web of dozens of companies—reveals how much deeper transparency efforts must go.

“Proof of reserves is an interesting fix, but it’s not nearly sufficient enough for exchanges and other operations that are reaching a large-scale, potentially systemic nature,” Disparte said. “To tell the market, ‘Now, millions of users around the world, trust me, but don’t verify beyond what the chain tells you,’ I think that’s problematic.”

He added that there should be an additional layer of third-party accounting.

Eric Berman, a cryptocurrency regulation expert for Thomson Reuters’s legal research business, said he doubts Binance would release a full set of its financials listing assets and liabilities, although the exchange likely will issue the types of liquid reserves it’s holding. As a private company, Binance is under no obligation to publish its balance sheet.

“The trick is going to be whether Binance can provide the public with a sufficient level of confidence in the Merkle tree metrics and its disclosures,” he told Fortune. “In any event, I don’t think this equates to ‘financials’ in the sense of annual CPA-audited financial statements that we are familiar with here in the U.S.”

On Saturday, the investor and entrepreneur Vinny Lingham tweeted that proof of reserves was a distraction. What was really needed, he argued, was proof of liabilities, or an accounting of how much a platform owes.

The need for regulation

Despite the shortcomings, many industry players argue that proof of reserves is a positive step forward.

In a Twitter Spaces hosted by Fortune on Thursday, Castle Island general partner Nic Carter said he’s long been an advocate for proof of reserves, although there hadn’t been much appetite for it until last week’s events.

One issue is that, as a relatively nascent concept, accounting firms are not yet equipped to handle the auditing.

“You are undertaking a bit more risk because it’s just a newer procedure,” said Carter, who also pointed to one top 25 firm with experience, Armanino LLP, which has already been inundated with requests.

The ever-looming complication is that the crypto industry still lacks the regulation present in traditional finance, facilitating the reckless behavior of companies like FTX. As lawmakers and enforcement agencies consider actual rules for crypto, advocates like Carter say proof of reserves could serve the industry as a form of self-regulation, rather than waiting for top-down federal regulation.

“The industry could show good faith and demonstrate that the centralized organizations are fully reserved,” he said. “Of course, you have to be fully reserved as a crypto bank, because you just never know when there’s going to be a big withdrawal.”

Yadav, the Vanderbilt law professor, told Fortune that impending legislation could have been a motive for Binance’s announcement.

“Thinking a little bit more cynically, this is also one way to preempt super harsh potential regulation,” she said. Yadav also warned that fully transparent reserves may achieve the opposite desired effect.

With traditional finance, transparency efforts are generally conducted by regulators, not the public. “If someone sees maybe you’re selling a lot of Treasuries and you’re selling a big chunk of assets, then maybe you’re in trouble,” she added. “It can trigger the problem you’re trying to solve.”

With Binance calling for proof of reserves, the question will be whether the exchange actually follows through. A Binance spokesperson told Fortune that the company is currently working on the next phase and plans to share it in the coming weeks.

“We intend to provide a proof of reserves that would be audited by a third-party vendor with user verification available on third-party platforms to verify and audit our customer holdings. We will first be providing BTC verification then followed by other tokens,” the spokesperson said.

The spokesperson pointed to an initial update from Nov. 10 in which Binance published its holdings of BTC, ETH, BSC, BNB, and TRX, telling Fortune, “This is not a complete set of data, but we are working on it for the next phase, and more information will be shared in the full audited report.”

Carter from Castle Island said there has never been much doubt about the quality of financial reserves with Binance as there was with FTX, but the exchange is still far from transparent.

“There is still the fact that they are this kind of borderless, domicile-free exchange that’s perceived as being kind of a wild card,” he said during the Twitter Spaces.

Nevertheless, during his Friday address, CZ emphasized Binance still would succeed where others have failed.

“This is another wake-up call,” he said. “The last three days was a revelation of trouble, but the trouble was there way longer.”