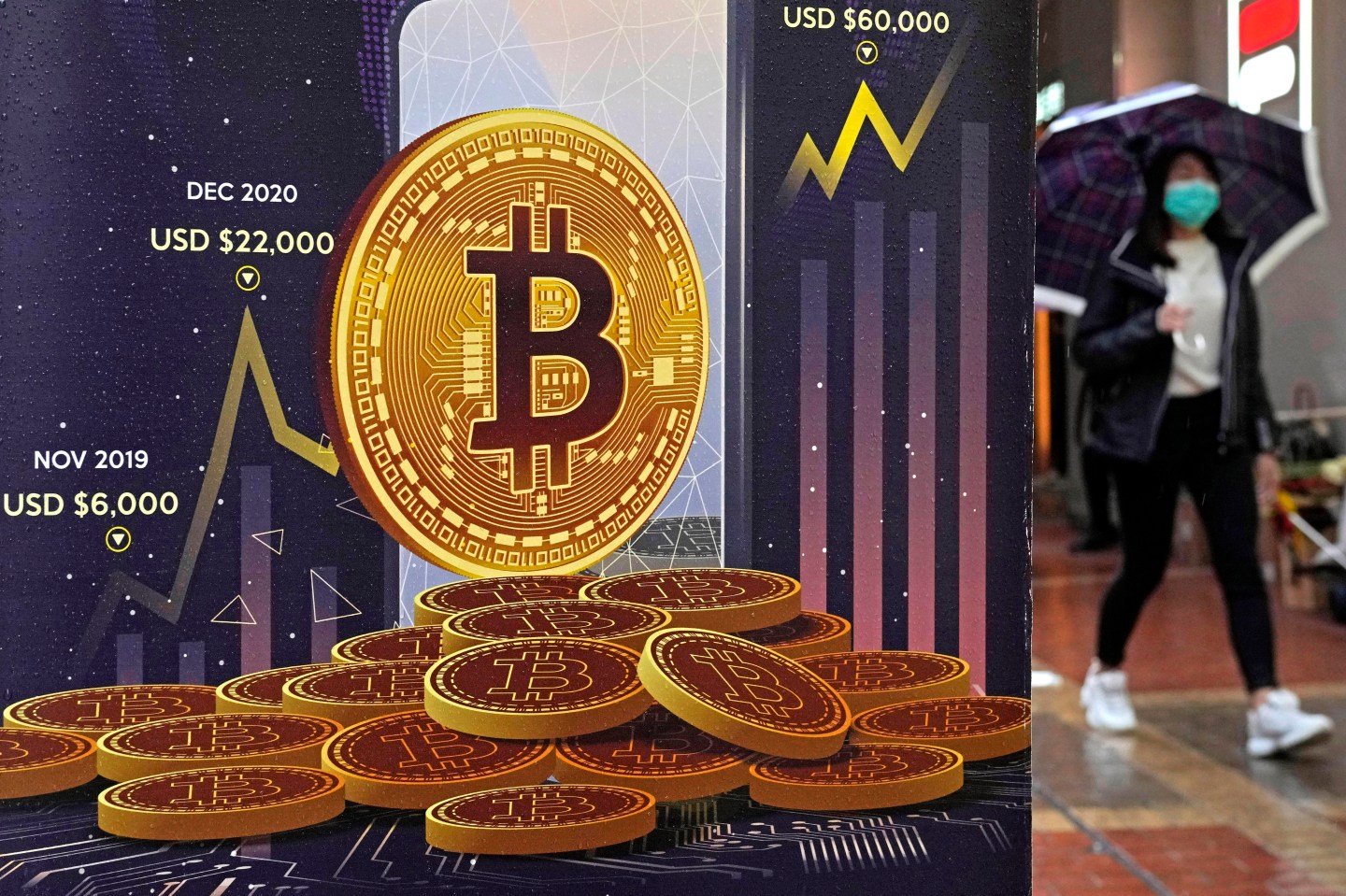 Bitcoin slumped to a two-year low on Nov. 9, and other digital assets sold off following the sudden collapse of crypto exchange FTX Trading, which has been forced to sell itself to larger rival Binance.
Kin Cheung—AP

Cryptocurrency prices plunged for a second-straight day after crypto exchange Binance said it was pulling out of a deal to purchase failing rival FTX Trading.

Bitcoin sank to a two-year low after Binance confirmed earlier rumors and news reports that it was ready to back out of the FTX deal, struck between the CEOs of the two exchanges on Tuesday. The deal was pending Binance’s due diligence on FTX’s balance sheet.

After an initial review, Binance said in a statement Wednesday that it had significant concerns that convinced it to back out of the deal.

“In the beginning, our hope was to be able to support FTX’s customers to provide liquidity, but the issues are beyond our control or ability to help,” Binance said in a statement.

The price of bitcoin plunged more than 13% to $15,840, according to CoinDesk, its lowest level since November 2020. It had been above $20,000 earlier in the week. The other major cryptocurrency, Ethereum, dropped 13%.

FTX had agreed to sell itself to Binance after experiencing the cryptocurrency equivalent of a bank run. Customers fled the exchange after becoming concerned about whether FTX had sufficient capital. The sudden sale was a shocking turn of events for FTX CEO and founder Sam Bankman-Fried, who was hailed as somewhat of a savior earlier this year when he helped shore up a number of cryptocurrency companies that ran into financial trouble.

FTX’s own crypto token, known as FTT, plunged more than 50% on the reports. The token, now worth around $2.50, was worth 10 times that amount only a week ago. Many of crypto investors’ concerns centered on whether the balance sheet of an affiliated company of FTX known as Alameda Research was saturated with increasingly worthless FTT tokens, whose total value would not exceed the exchange’s liabilities, effectively making FTX insolvent.

After Binance had a chance to look at the books of FTX, it became clear that the problem was too big to solve. A person familiar with the matter, who couldn’t speak publicly because he was not authorized, described the books as a “black hole” in which it was impossible to differentiate between the assets and liabilities of FTX the exchange and those of the Alameda Research hedge fund.

“The books were a nightmare, and the relationship between FTX and Alameda was incestuous at best,” the person familiar with the matter said.

In a further illustration of FTX’s financial straits, Bankman-Fried asked his investors Wednesday for $8 billion to cover withdrawal requests, according to The Wall Street Journal, citing unnamed sources.

FTX is now reportedly under investigation by U.S. authorities for how it handled customers’ deposits, according to Bloomberg News and other media outlets.

Shares of publicly traded exchanges exposed to crypto also plunged on the developments. Robinhood shares closed down roughly 14% and Coinbase shares lost around 10%.

FTX is the latest cryptocurrency company this year to come under financial pressure as crypto assets have collapsed in value. Other failures include Celsius, a bank-like company that took in crypto deposits in exchange for yield, as well as an Asia-based hedge fund known as Three Arrows Capital.