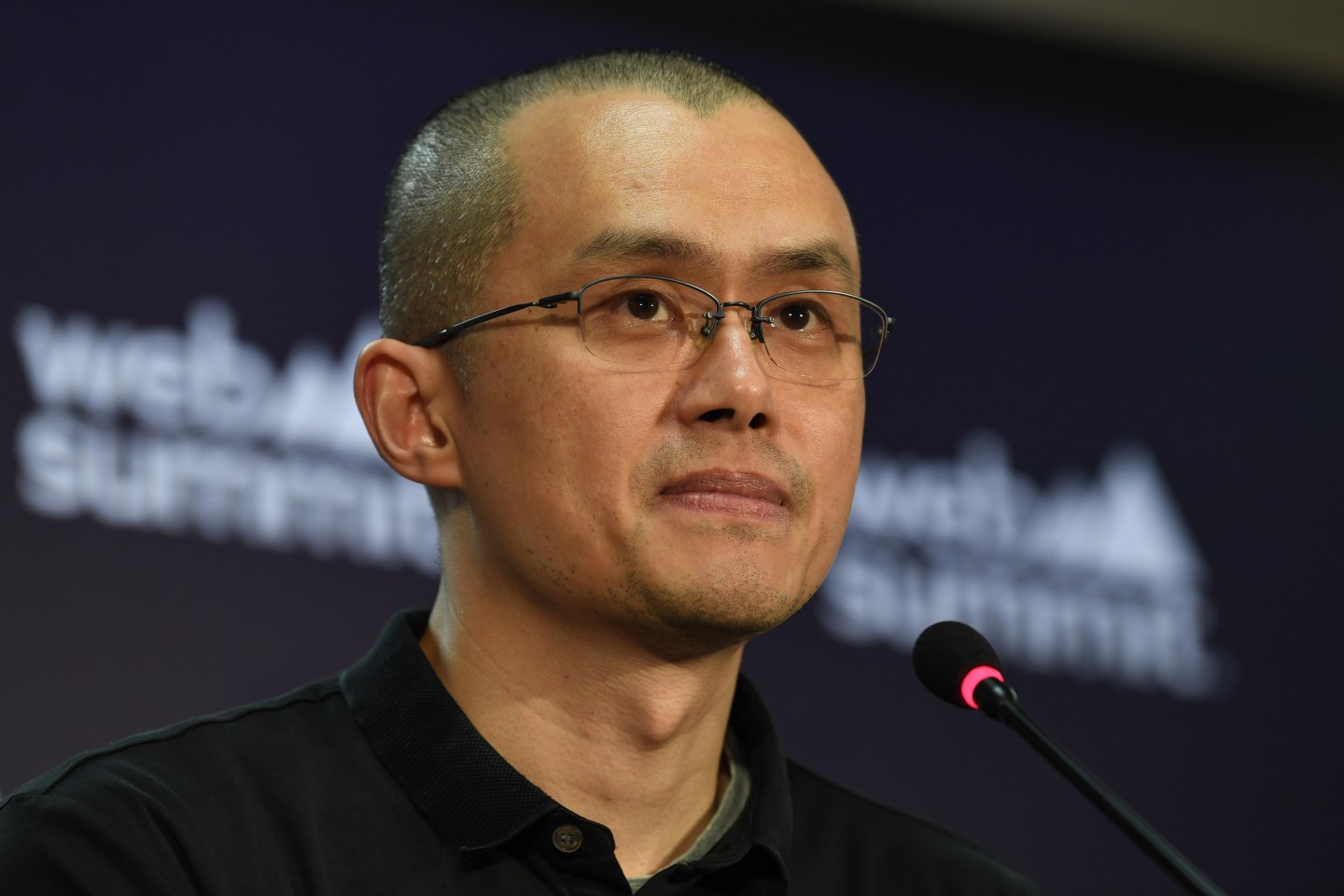 Two titans of the cryptocurrency industry may be squaring off for control of the $1 trillion digital asset market with only one left standing.

“We will try to do so in a way that minimizes market impact,” wrote CZ on Twitter. “Due to market conditions and limited liquidity, we expect this will take a few months to complete.”

CZ did not specify how much Binance holds but said it held roughly $2.1 billion equivalent in FTT and its own BUSD dollar-denominated stablecoin. He confirmed that $584 million in FTT had already been converted. Binance invested in FTX in 2019, before exiting in July 2021.

The news comes just at a time when FTT is trading at a key trend-line support of $22, which it has successfully defended ever since it broke above the level back in February 2021—even during the worst days of this year’s Crypto Winter.

The timing has sparked concerns that a collapse in FTT could endanger the solvency of its issuer, although the director of research at market analysis firm The Block dismissed such fears.

“I think the chance of an FTX insolvency is near 0%,” wrote Larry Cermak. He acknowledged however that “clearly there are liquidity issues” as people were cashing in their FTT “out of caution.”

Bankman-Fried has been behind a consolidation in the market, offering a lifeline to bankrupt crypto lending platform Voyager Digital.

His company already had financial links to the Canadian company. In September, Voyager creditor and debtor Alameda told a court it would return $200 million it had borrowed.

The current drama surrounding CZ and FTX follows this month’s damaging leak of the balance sheet belonging to Bankman-Fried’s crypto hedge fund, Alameda Research. It notes that over $5.8 billion of its $14.6 billion in assets are held in FTT tokens.

This may be what the Binance founder meant when he referred to “recent revelations that have come to light.”

Just over an hour prior to his announcement over the impending sale, Alameda CEO Caroline Ellison on Sunday issued a rare statement on Twitter.

“That specific balance sheet is for a subset of our corporate entities, we have over $10 billion of assets that aren’t reflected there,” she wrote in response to the speculation.

‘Dude is literally the worst’

Upon hearing of CZ’s intent, Ellison, who rose to be sole CEO after Sam Trabucco quit in August, offered to purchase the holdings at a price that would defend the technical support trend line of FTX’s native token.

“If you’re looking to minimize the market impact on your FTT sales, Alameda will happily buy it all from you today at $22,” she posted.

Adding the word “today” suggests a sense of urgency, possibly because Ellison doesn’t want the market guessing over when Binance might unload more of its position.

The last thing her firm likely wants is months of uncertainty overhanging the value of FTT as investors speculate constantly on the timing in an attempt to profit by front-running the trade.

CZ appeared uninterested in the offer.

This prompted the co-CEO of FTX Digital Markets (FDM), a subsidiary of Bankman-Fried’s company, to lash out at the Binance founder.

“Dude is literally the worst,” wrote Ryan Salame in response. “Someone straight up offered to buy [over the counter] to avoid any retail being hurt, and he chose instead to cause pain.”

It wouldn’t be the first time Binance has weakened a competitor either by design or default. In September CZ dropped support for Circle’s USDC, the stablecoin issued in partnership with Coinbase, along with two other smaller rivals in order to grow its own Binance-backed version called BUSD.

This has seen the market caps of USDC fall 18% while that of BUSD has gained 16%, according to data from CoinGecko.

CZ clarified in his original announcement that the impending liquidation of FTT tokens should not be understood as a move against a competitor.

“Our industry is in it’s [sic] nascency, and every time a project publicly fails it hurts every user and every platform,” he said.

Oddly enough, he appeared to then undermine his own statement only hours later.

CZ ascribed the move to risk management lessons learned following a total loss on its invested capital in the defunct governance token Luna, which collapsed along with its uncollateralized sibling stablecoin TerraUSD.

“We gave support before, but we won’t pretend to make love after divorce,” CZ said before mysteriously adding, “we won’t support people who lobby against other industry players behind their backs.”

He did not specify what he meant, but CZ has been aggravated by recent coverage from Reuters, with some speculating that this may have come from a former manager.