‘Our rules have to evolve’: The crypto industry is trapped in regulatory purgatory 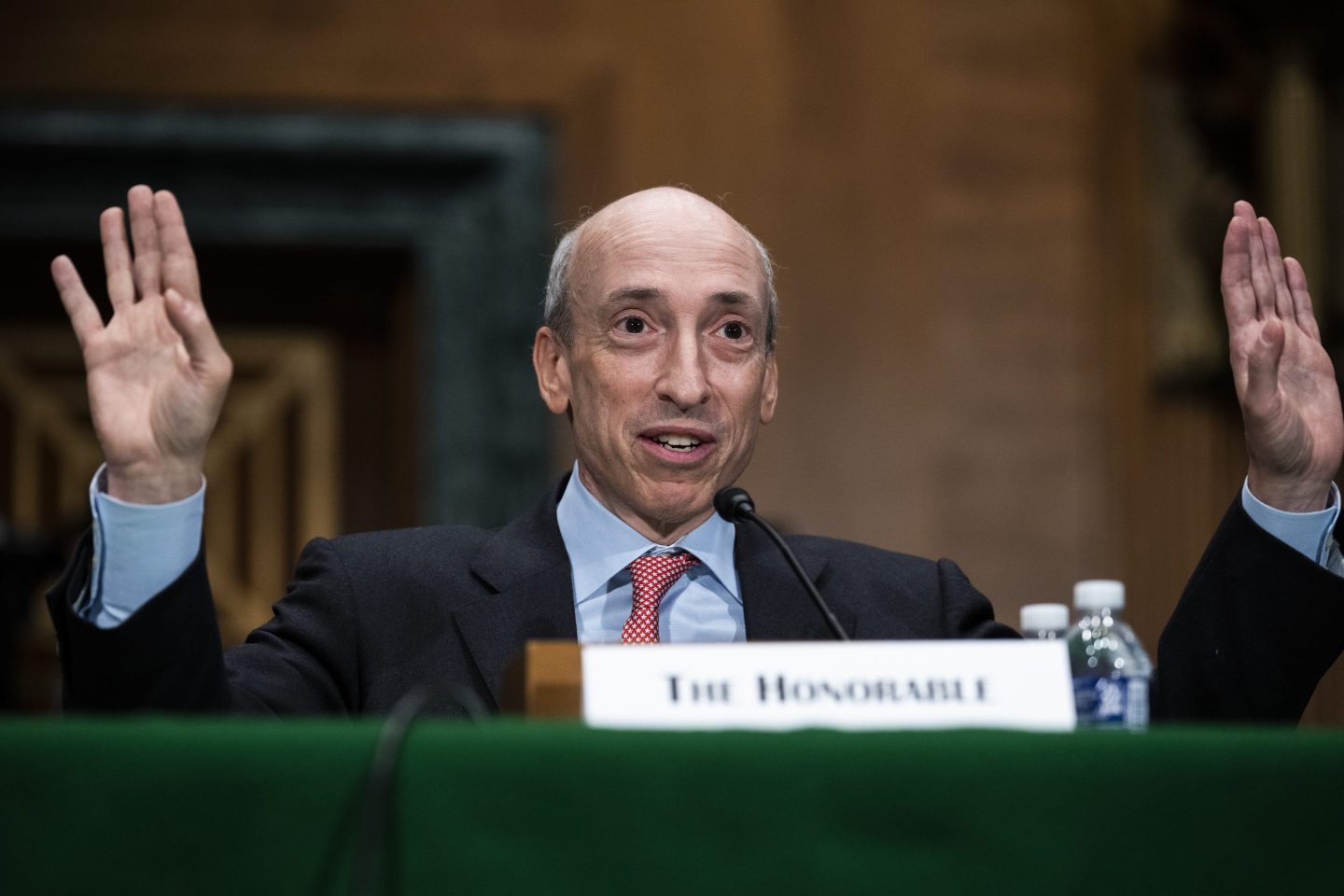 Many in the crypto industry have been calling for clear guidance from government regulators, especially as new sectors like DeFi evolve and high-profile companies like Celsius collapse.

“As markets have evolved, our rules have to evolve as well,” said U.S. Securities and Exchange Commission chair Gary Gensler, speaking about his approach to financial regulation before the Senate Committee on Banking, Housing, and Urban Affairs on Thursday.

While Gensler’s remarks to the Senate seemed to signal for modernization, he’s maintained that existing rules are sufficient for crypto, especially when it comes to whether the vast majority of the nearly 10,000 available tokens are securities.

“Nothing about the crypto markets is incompatible with the securities laws,” he said on Sept. 8 in a speech to the Practicing Law Institute.

As different agencies and departments acknowledge the mounting influence of crypto, intergovernmental jockeying and lack of clear regulation are sowing confusion among companies and investors, legal and compliance experts told Fortune. Even with the White House and Treasury Department releasing frameworks and reports on digital asset development on Friday, experts say there has been little practical progress.

“There was a very steep learning curve on digital asset technology, and traditional regulators really had a difficult time,” said Tracy Angulo, director of financial services at the consulting firm Guidehouse. “Each agency took its own perspective on this, and there was no cohesion.”

One of the key regulatory debates is which U.S. agency should oversee various crypto instruments. Much of this comes down to whether a particular cryptocurrency or token is a security under securities law, said Daniel Davis, a partner at the law firm Katten and the former general counsel at the Commodity Futures Trading Commission.

If a cryptocurrency or token is a security, the jurisdiction would belong to the SEC—if not, then the CTFC, with some exceptions.

The distinction goes back to a Supreme Court case from the 1940s that established the Howey Test, which determines whether a contract or transaction is subject to securities law.

Something qualifies as an “investment contract” if there’s an expectation that profit in an investment could come from the efforts of others. As Davis explained, a classic example is buying shares of a company. That money will be combined with money from other stock sales, and the company’s board of directors and senior officers will try to direct those funds toward increasing the value of the shares.

Under this test, the two largest cryptocurrencies by market cap, Bitcoin and Ether, likely are not securities because there isn’t a centralized group working to create additional returns. Similarly, if someone buys a digital asset seeking access to a particular blockchain, then that can be thought of as a kind of arcade token with a consumptive use, rather than as an investment tool.

While Bitcoin and Ether have generally been considered commodities rather than securities—and therefore regulated under the CFTC—Gensler has taken a more aggressive approach to the rest of the market. As he reiterated in front of the Senate, “Of the nearly 10,000 tokens in the crypto market, I believe the vast majority are securities.”

Industry lawyers like Davis said they’re still seeking clarification rather than what they’ve described as ad hoc statements that don’t necessarily represent actual policy. For example, Davis said he wants more guidance on the small number of tokens that Gensler consistently describes as not being securities.

“It would be great for the crypto industry if [he] would tell us why,” Davis told Fortune. “It would give some more specific, concrete notions of what is and isn’t a security.”

That uncertainty only compounded after Gensler’s testimony on Thursday, when he told reporters that the new staking system implemented in Ethereum’s merge last week could fall under securities rules.

Furthermore, Gensler has argued that because most tokens are securities that means crypto intermediaries, such as exchanges, are transacting in securities and should register with the SEC. That, in turn, could require them to break down their various services, such as broker dealing and custodial functions, into separate legal entities.

Jonathan Shapiro, a partner at the law firm Goodwin, said that SEC registration creates new challenges for companies and investors, especially because they haven’t been issued explicit guidance. “There’s no way to necessarily get confidence that even if you’re resolving one set of exposure, then you’re not going to be lamb to the slaughter under any number of other spheres,” he told Fortune.

Nick Losurdo, a partner at Goodwin and former SEC counsel, described the agency’s approach as “broad brushing without following up with any articulation.”

“We all learned in fourth and fifth grade, you can’t just show your math conclusion—you’ve got to show the math,” he said.

While Gensler continues to argue that existing laws are sufficient, many industry lawyers say that more clarification is essential, especially as Gensler argues in favor of updating other rules.

“It certainly seems that the SEC, given the [amount] of rule making they’ve done over the past year, they certainly seem to have no hesitation in reaching for the rule-making bucket when they want to explore and address an issue,” added Davis, the former CFTC lawyer.

In a recent interview with CoinDesk, Gensler pointed to two SEC cases from 2017 that laid out when tokens are securities.

Amy Jane Longo, a partner at the law firm Ropes & Gray, said settled cases don’t offer much clarity, as they’re not contested with potential defenses and lines of argument. “What we really end up with is a patchwork of articulations,” she told Fortune.

Shapiro said this is compounded by the fact that the SEC acts as both enforcement officer and regulatory agency. As a result, it’s more pragmatic for defendants to settle instead of go to trial. A notable exception is the payment services company Ripple, which decided to challenge the SEC’s charge that it raised money through an unregistered securities offering of digital asset XRP. The case is ongoing.

“It’s easier to bring enforcement action than it is to engage in rule making,” said Davis. “Notwithstanding that, there are enormous benefits to rule making and from giving the public a better idea of what the rules of the road are.”

The SEC, of course, is not the only governmental body that could oversee crypto. There are different proposals floating around Congress, including a bipartisan proposal from early August that would give regulatory authority over Bitcoin and Ether to the CFTC, which many view as more industry-friendly than the SEC.

The White House guidelines encouraged both the SEC and the CFTC to “aggressively pursue investigations and enforcement actions,” as well as to “issue guidance and address current and emergent risks in the digital asset ecosystem,” although it did not distinguish responsibilities between the two agencies.

Losurdo described the White House guidance as “kind of a nothing burger,” adding that Congress should step up.

Angulo said that the agencies likely are negotiating behind the scenes to figure out where regulatory authority lies. In the meantime, there appears to be heightened jockeying between the agencies, such as a CTFC statement from July that described a crypto-related SEC case as “regulation by enforcement” and called for more transparency, adding that “regulatory clarity comes from being out in the open, not in the dark.”