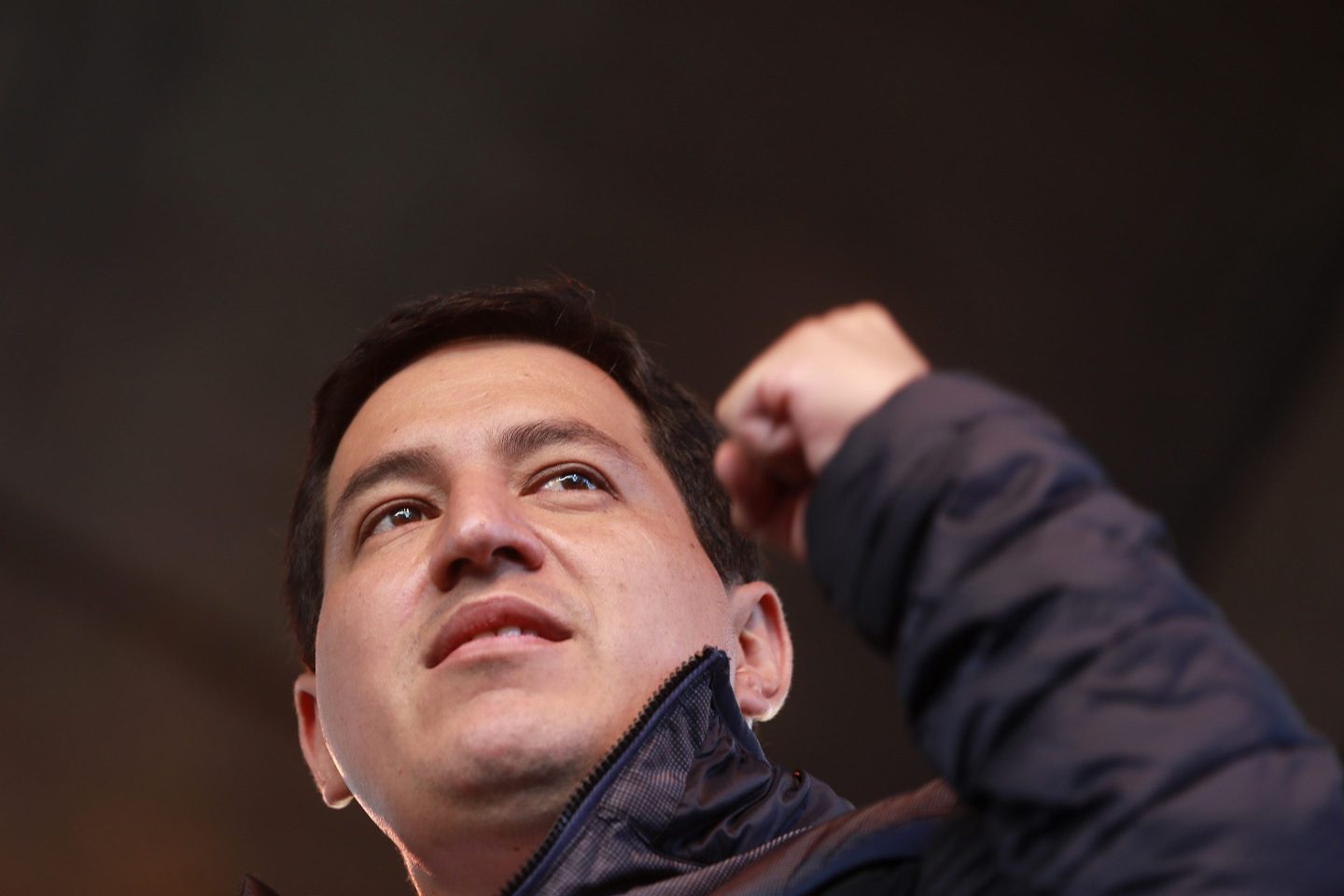 Andrés Arauz doesn’t fit the bill of a typical former central bank director. Just 37 years old, the Ecuadoran economist and politician is a member of the left-wing Progressive International party and recently joined the privacy infrastructure company Nym as a special adviser—returning to the private sector after coming within a few hundred thousand votes of the Ecuadoran presidency in 2021.

While his counterparts at central banks across the world fret over the rise of digital currencies, Arauz has long been an advocate. During the global financial crisis in 2009, he helped design a state-managed digital money system for the dollarized economy in case access to capital disappeared, as well as to spur massive financial inclusion—a precursor to what are now called central bank digital currencies (CBDCs).

While Arauz continues to support digital payment systems, especially for what he calls “low hierarchy” countries like Ecuador that don’t have internationally powerful currencies, he is also wary of how they feed into the rising surveillance capacity of governments.

The future of money

This clash of interests has come to a head in El Salvador, which a year ago became the first country to adopt Bitcoin as legal tender. While the experiment was ostensibly centered around the cryptocurrency, Arauz pointed out that it has actually functioned like a CBDC. The administration of President Nayib Bukele created a digital wallet known as the Chivo wallet, which Arauz said has more domestically created “accounting Bitcoins” than actual on-chain Bitcoins.

In other words—considering the Bukele administration gave $30 in Bitcoin to the estimated 4 million Salvadorans who signed up for a Chivo wallet—there are likely more Bitcoin “certificates” within the Chivo ecosystem than the 2,400 or so actual Bitcoins that the government claims to hold in reserve.

“In that sense, Bukele’s Chivo wallet resembles a CBDC or government-issued digital cash because it’s actually government-managed on a central ledger, not on the blockchain,” Arauz told Fortune.

Given Bukele’s autocratic tendencies, such centralized control could be problematic. While Arauz acknowledged the risks, he argued that they pale in comparison to more powerful countries and bodies.

“The surveillance system is in the entire financial system—how surveillance is present in our credit card movements, in the monitoring of SWIFT transactions, and increasingly the United States government’s ability to monitor electronic addresses, even on the blockchain,” he said. “The surveillance of payment systems is not in this tiny, little thing called the Chivo wallet.”

The question that Arauz grapples with is how to balance privacy and human rights with financial inclusion. Historically, cash has served as a safeguard to avoid surveillance. Cryptocurrency was touted as the next possibility, but, as Arauz pointed out, regulation and “know your customer” requirements—as well as blockchain analysis—vastly decreased its privacy appeal.

Acknowledging the downsides, Arauz also noted how El Salvador’s Chivo wallet still is bringing people into the banking system through electronic payments—an objective supported by institutions like the International Monetary Fund, despite its warnings to the Bukele administration.

With Nym, Arauz is hoping to help design CBDCs that guarantee privacy controls, including incorporating open and anti-surveillance standards for digital currencies and payments. As demonstrated by El Salvador, this is a particularly pressing need for countries that lack financial autonomy.

“In general, the developing world is much less privacy aware, both societies and governments,” Arauz told Fortune. “This is an opportunity for something like Nym to create this awareness for practitioners, for government officials, and for people in civil society to put this on the agenda.”