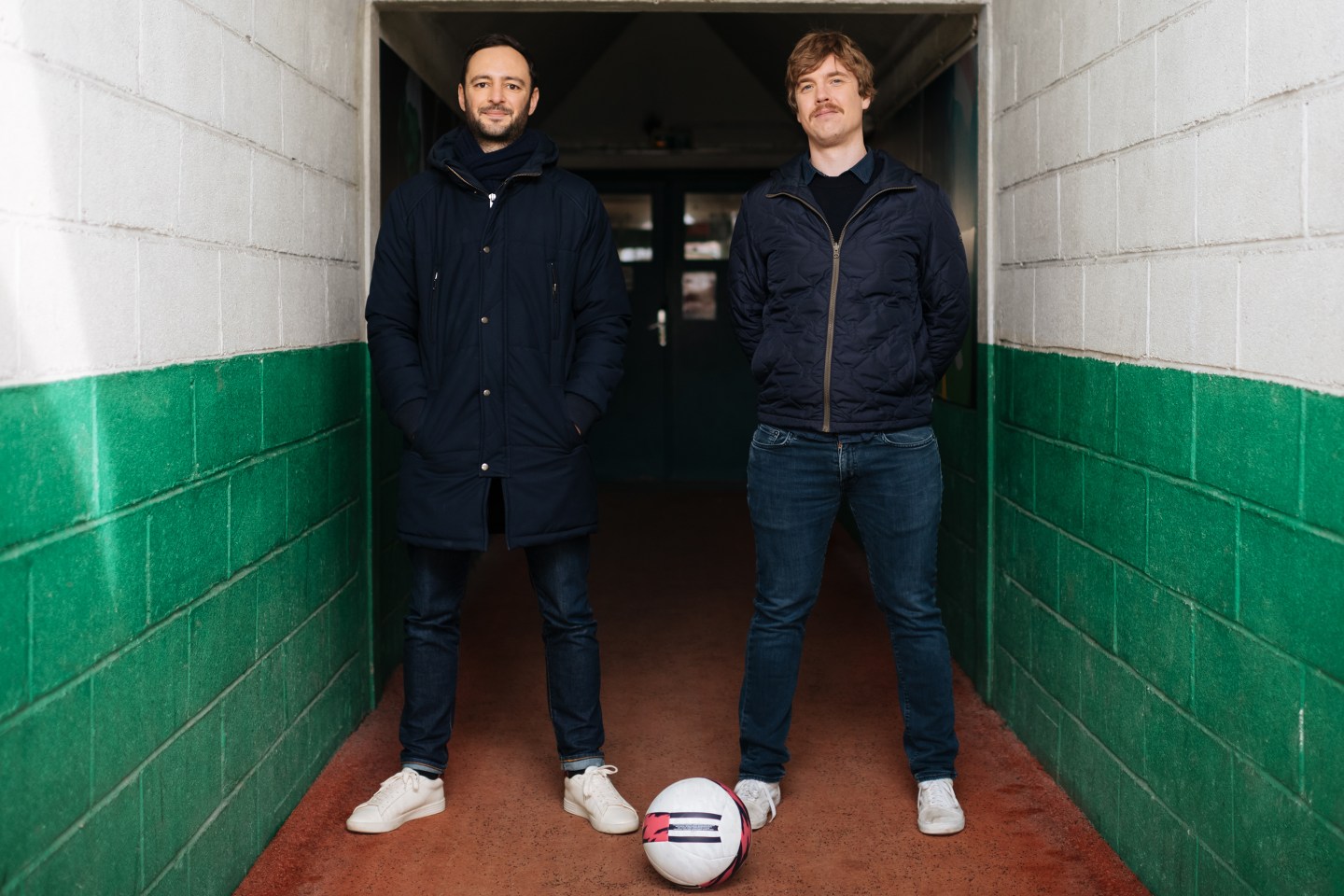 Sorare, founded in 2018 by CEO Nicolas Julia (left) and CTO Adrien Montfort, is launching an NBA-themed version of its trading card game this fall.
Courtesy of Sorare

Sorare, which made a name in Europe with an NFT-based fantasy soccer game, is launching a similar NBA-themed game this fall as it looks to expand its U.S. footprint.

A multiyear partnership with the National Basketball Association and the player’s union, The National Basketball Players Association, marks the company’s third partnership with a U.S. sports league. Earlier deals with Major League Baseball and Major League Soccer are part of an effort to expand Sorare’s user base beyond its current 2 million registered users, Head of Business Development Michael Meltzer told Fortune.

“The fantasy market in the U.S. is vast—there’s a very well-proven market here,” he said. “We know that these sports lend themselves well, not only to collectibles, but also to fantasy sports.”

Sorare, which was founded in Paris in 2018 by CEO Nicolas Julia and CTO Adrien Montfort, allows players to collect and trade digital NFT cards. In the upcoming NBA game, users will be able to craft fantasy teams using the NFT cards of their favorite players with the goal of earning as many points as possible, possibly winning prizes or money like in other fantasy leagues.

Now that Sorare has partnerships with multiple leagues, users will soon be able to trade NFT cards across sports through its platform, like from the MLB game to the NBA game, for example. This will give players more opportunities to play and expand their collections, Meltzer said. It also helps U.S. sports leagues market themselves and their stars overseas, where the NBA has been gaining in popularity for quite some time.

“We see significant opportunities to broaden our community of fans and grow NBA basketball around the world,” NBA Commissioner Adam Silver said in a statement.

After the company launched its MLB game earlier this year, Meltzer said some of the company’s users outside of the U.S. started watching MLB games just to see how the players associated with their NFT trading cards were doing.

“The goal of the company,” he told Fortune, “is to utilize blockchain technology to create a game and build one of the largest global sports communities and marketplaces in the world.”