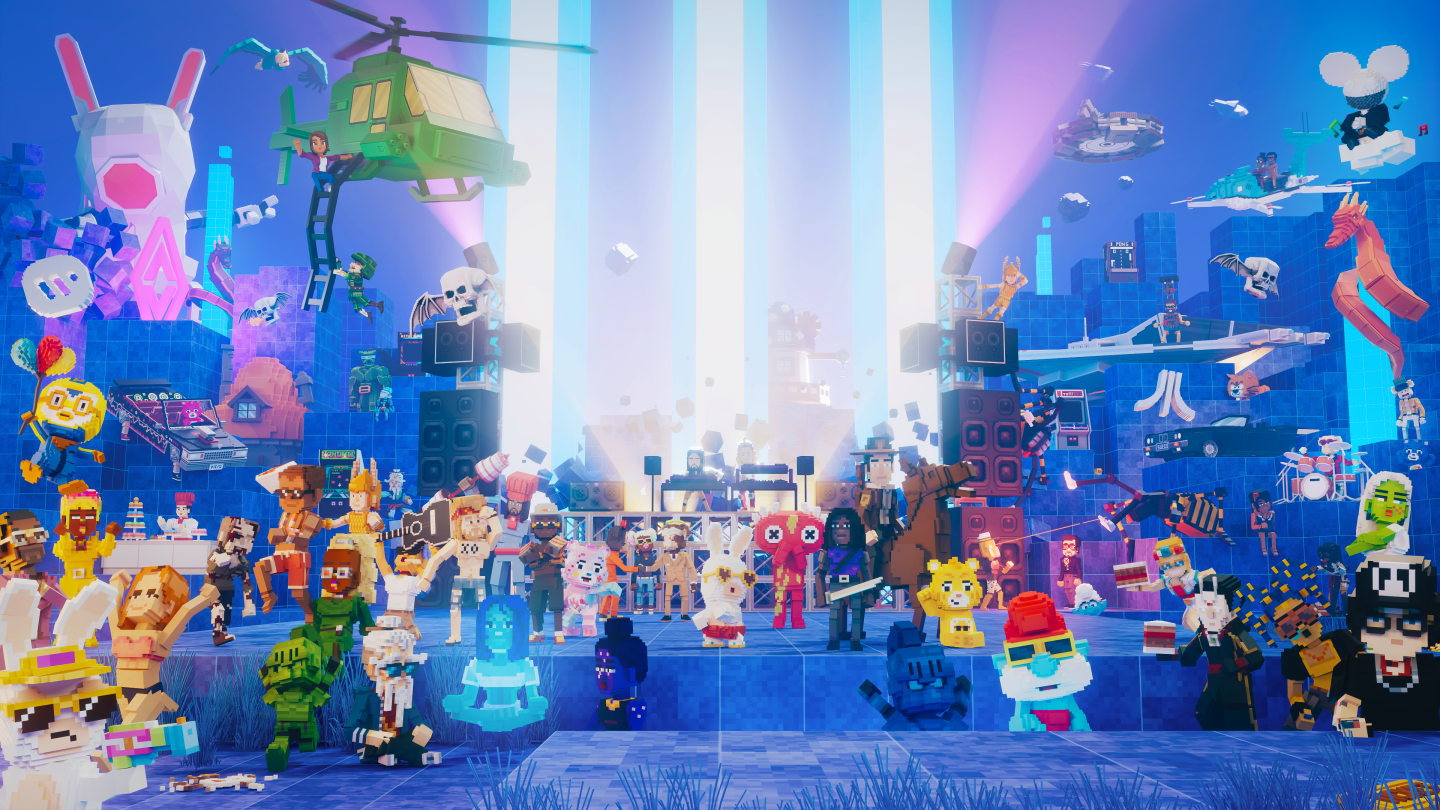 The Sandbox launched its newest alpha season on Wednesday, which includes more than 90 experiences from 22 brands and celebrities.
Courtesy of The Sandbox

The Sandbox metaverse platform launched its Alpha Season 3 on Wednesday with 90 experiences and 100 hours of available gameplay.

Over 10 weeks, the company is looking to attract half a million users to participate in the season, Chief Operations Officer Sébastien Borget said in a conference call with reporters. The alpha season closes on Nov. 1.

“We don’t want to be too optimistic, because, well, this is almost a year after the metaverse has become mainstream,” Borget said.

From March to early April, about 340,000 players took part in 35 experiences during the Sandbox’s second alpha season, Borget said.

The new season marks the most experiences available to date in the virtual world and includes games and content from 22 celebrities and brands such as The Walking Dead, DJ Steve Aoki, Warner Music, and Snoop Dogg.

Some experiences include an Aoki-themed parkour maze, a puzzle game centered around the NFT collection World of Women, and a demo of an apocalyptic survival game called You’re a Big Boy Now.

In an effort to increase interoperability throughout the larger crypto and NFT community, the company is letting participants use any NFT they own from 13 collections as their avatar in the game, including the most popular collection, the Bored Ape Yacht Club.

The Sandbox, a subsidiary of Hong Kong–based Web3 investing behemoth Animoca Brands, is one of the most popular metaverse platforms despite still being in development. But the recent crypto downturn has taken a toll on the company as well as others in the crypto and metaverse space. The bear market has pushed the Sandbox’s native token, SAND, down 82% since the start of the year and more than 87% from its peak at the end of November, according to CoinMarketCap.

The platform rode the wave of metaverse hype last year that was in part spurred by Facebook’s rebrand to Meta in October. The increased attention led to a metaverse land grab, of which the Sandbox has been a major benefactor. Borget said it has 22,000 unique land owners, 35% of whom participated in its alpha season two in March.

While metaverse excitement has waned, Borget said he hopes that the Sandbox’s newest alpha season will help bring more attention and users to the platform during a downtime for crypto.

“There’s been a different phase of users who are entering Sandbox,” he added, “so maybe less hype in general, but the quality of users we’re seeing is definitely higher.”

(This story has been updated to reflect that the Sandbox, which originally estimated 60% of unique land users joined alpha season two, has adjusted that figure to 35%.)